[Editor’s Note: Climate activists repeatedly engage in the dumbest tactics and, far too often, companies play along, but, thankfully, shareholders didn’t allow it this time.]

Climate activists got beat in proxy voting at JPMorgan’s recent annual meeting, a good result for investors and employees, as well as consumers and the general economy. The climate will not notice either.

The activists failed to oust JPMorgan lead independent director Lee Raymond, longtime head of Exxon Mobil Corp., who never bought into renewables or climate alarmism. Maybe the activists want a different thinker with industry experience such as BP’s John Browne (father of that company’s environmental problems). Ken Lay was the antithesis to Raymond too. 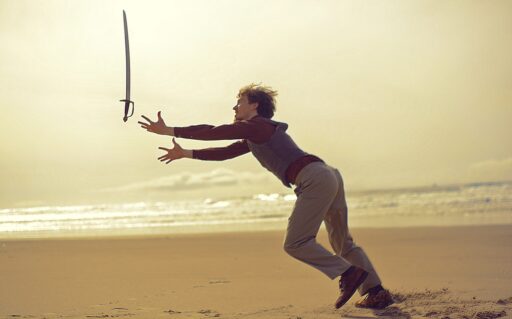 Regarding renewables as mass substitutes to mineral energies, Raymond knew decades ago what Michael Moore, Jeff Gibbs, et al. discovered in Planet of the Humans (2020). He emphasized that so-called “green” energy has negative environmental impacts on land and wildlife. He called renewables “a complete waste of money” (as in government subsidies or bust).

“We in the petroleum industry are not dismissing the global climate change issue,” Raymond charitably stated a decade ago.

But I don’t believe anyone should have the moral authority to deny people the opportunity to improve their way in life by arbitrarily depriving them of the means…. I hope that the governments of this region will work with us to resist policies that could strangle economic growth.”

“Shareholders at JPMorgan … saw no problem with his leadership,” Climatewire reported. “Raymond and all of the nominated board members were reelected — and none of them received less than 84% support, according to preliminary voting results.”

JPMorgan CEO Jamie Dimon, in fact, called Raymond’s “leadership, counsel and wisdom” part of the nation’s largest banking firm success. “He is a leader among leaders. He’s always encouraged and considered a range of views and opinions on a multitude of issues … including climate change,” Dimon said.

The losses served as a reminder of the steep hill that climate-conscious investors face in shifting the attitudes of major corporations — despite some overtures in that direction (Greenwire, Jan. 14).

As are other corporations, JPMorgan is trying to have it both ways by throwing bones to the climate activists. The bank has set up a $200 billion sustainable finance commitment and is scrutinizing, if not altering, its lending practices concerning energy projects in the Arctic and coal.

But to the extent that such practices discriminate against dense mineral energy projects that are otherwise profitable, this is bad business. Here is what I wrote a business contact at JPMorgan:

Can you let it be known upwards that JPMorgan does not need to engage either side on the climate issue but focus on existing law and profitability?

If you discriminate against fossil fuels, even coal, that brings up legal issues—and customer issues.

If you try to appease the climate activists, whatever you do will just be a starting point to hassle you more and more.

I would argue that fossil fuels are more environmentally benign and consumer friendly than politically correct renewables—note the civil war on the Left with Michael Moore’s ‘Planet of the Humans.’

Stay neutral and advertise it as such.

Keep politics out of business. The climate will not notice.

Editor’s Note: Bob Bradley is exactly correct. The correct response to the dumb tactics of climate activists financed by the Rockefeller family and others is not appeasement but to keep politics out of business. If that’s impossible, then at least point out that natural gas is the one thing that has made a measurable difference in what these same climate activists repeatedly say is the problem; the CO2 emissions. Moreover, as carbon capture continues to progress that won’t be an issue at all and methane is already becoming so yesterday. But, of course, they’ll still oppose natural gas because the real issue isn’t the environment or the planet; it’s the trillions to be made off consumers and taxpayers in corporatist green rent-seeking schemes.