Natural gas companies have supported a Clean Water Initiative that will collect and reuse stormwater from the Kiwanis Wyoming County Fair in Meshoppen, PA.

Environmental stewardship and responsibility have always been hugely important parts of natural gas companies operating in the Marcellus Shale. While ensuring the development of clean natural gas for millions of homes is the ultimate end-goal, assisting local communities in other environmentally friendly ways is also a key focus.

Another example of this came last month when several local area gas companies stepped up to aid the Clean Water Initiative at the Kiwanis Wyoming County Fair.

The Clean Water Initiative is a project that was developed by the Wyoming County Conservation District along with the county fair board in an effort to contain and use water runoff for the fair.

“We had surface water concerns because most of the buildings at the fairgrounds did not have runoff control,” District Conservationist Ed Patchcowski said. “The fairgrounds have constantly battled with water runoff from roofs, which has put an erosion cost into the grounds’ maintenance.”

The idea of the project was to capture this water run-off for non-potable uses such as washing down animals that are used in the fair or dust control. It involved the installation of gutters on the buildings located at the fairgrounds, which leads into two underground holding tanks with a total capacity of over 15,000 gallons. 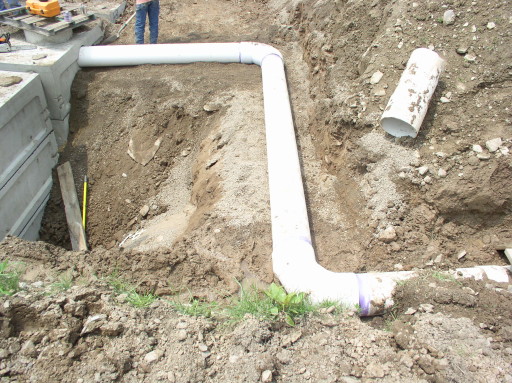 The collected stormwater is directed into underground tanks.

The system would be most heavily used during the week of the annual fair and prevent animal-related water contamination. It would also give the fair access to water on-site during the fair instead of asking a local area fire department to truck in water.

“We expect about 1 million gallons of water to pass through this system annually,” said Chris Faux, WCCD project coordinator, “and all of it will be kept clean and ready to use when necessary.” – Wyoming County Press Examiner

A number of local businesses, including several gas companies, contributed to the project in the form of a grant, which ACES Conservation Technician Ed Zygmunt said was vital to getting the project off the ground.

“We were able to group with a Growing Greener grant in order to get the project going,” he said. “We likely would not have been approved for the Growing Greener grant if not for the contributions from the gas companies and other local businesses. Additionally, all the work was completed by local contractors and all of the necessary materials were purchased locally, thus helping the region’s economy as well.”

“Keeping the water clean and using it efficiently makes sense,” Patchcowski said. “It’s a great example of using resources efficiently and other fairgrounds have expressed interest in utilizing similar systems. But overall this is a great partnering between gas companies, local businesses and the local community.”

Importantly, all the work was completed by local contractors and all of the necessary materials were purchased locally, thus helping the region’s economy as well. This is another demonstration of the ripple effect of natural gas development on the local economy and its contributions toward the quality of life in this rural county. 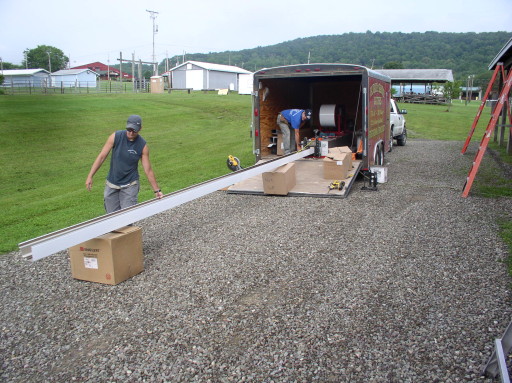