Whatever the merits of the EPA Clean Power Plan, hydraulic fracturing or fracking has made it possible to think about, illustrating the power of the process.

The EPA’s proposed new Clean Power Plan has, not without reason, been hailed by European Greens.

Unfortunately, almost all of the reporting chooses to ignore a fundamental reason why it even came to pass: Abundant and low cost shale gas. 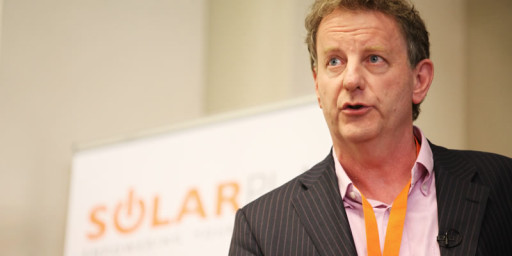 Few in the UK hate shale gas more than the solar subsidy collector, sorry, brave entrepreneur, Jeremy Leggett. In his world, anyone for natural gas is little better than a climate change denier and climate criminal. His praise, as in the BBC or anywhere else, edits out how renewables and abundant natural gas co-exist while almost declaring a Second Coming:

Obama and Pope Francis are among the few individuals with enough power to directly influence humanity’s impact on climate change.

Antipathy to shale also leads James Murray of Business Green, to praise the plan while ignoring any parallels for the UK. Murray too often seems to be more interested in the long green than actual carbon reductions:

the most important aspect of Obama’s Clean Power Plan is to be found not in the legalese detail of the rules, nor the inside the beltway political battles it triggers, but in the mood music it creates, the investment signals it sends.

He does at least get some of it:

The decision to increase the overall target to a 32 per cent cut in emissions from power plants while giving states a couple of extra years to comply with the rules looks like a good trade off. Meanwhile, the focus on renewables represents great news for clean tech developers and less good news for frackers (who will inevitably still benefit from the restrictions on coal emissions).

One essential lesson, lost on the UK subsidy queens, is that US gas lives on it’s own two feet. It’s also true the US targets for renewables were raised from 30 to 32% because of the drops in renewable costs and increases in their productivity – in short renewables and gas are co-existing very nicely in the US. Is that just “greenwash” on my part? Gina McCarthy of the EPA would know and Brad Plumer at Vox asked her.

This is the full section on shale gas, and since I have to paint a picture for UK shale antis, I’ve colored it in green for them:

Brad Plumer: The fracking boom and the availability of cheap shale gas has played a big role in cutting US carbon dioxide emissions since 2005 — and it also seems like it’s enabled EPA to pursue these CO2 rules. At the same time, environmentalists have raised concerns that things like methane leaks might undercut those climate benefits. How do you think about the role of fracking in climate policy?

Gina McCarthy: Hydrofracking has certainly changed the energy dynamic considerably. You are absolutely right, it has created an opportunity for a shift away from coal into natural gas, and that shift has been enormously beneficial from a clean air perspective, as well as from a climate perspective.

Ms. McCarthy also discusses the reality behind a concern over methane that is too often used in the UK and EU as an excuse against shale. I love this green part:

But it’s not EPA’s job to decide whether we like natural gas or coal better. It’s our job to actually look at where we can get continued carbon pollution reductions from both fossil fuels. And it’s also our broader responsibility to work with states and ensure that hydrofracking is done in a safe and responsible way. We also know there’s methane to be recaptured in hydrofracking operations, and in all oil and gas upstream work, and we actually have a rule that will try to address the methane issue.

That does not mean we think it will slow down or be a continued detriment to fracking operations. What it means is that there are considerable opportunities to save money by capturing methane. It is a product being leaked, not a waste product. We think we can have safer and responsible operations that will protect water, and protect our climate from methane leaks, while ensuring that we’re not forcing any fuel out of the mix in the near future, including coal and natural gas.

Too many UK greens hate natural gas with a passion, constantly cheerleading for a shale fail, so we won’t hear them repeating what serious UK and EU scientists say: The Clean Air Plan program would never have happened without abundant and cheap shale gas. Abundant and cheap shale hasn’t had any affect on solar and wind success in the US, even with gas at a third of UK/EU prices. 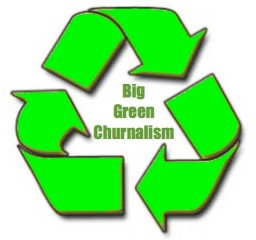 One can say that the presence of shale facilitates, and even accelerates, the insertion of renewables into the grid. Sadly, there are armies of FoE press officers dictating press releases to green churnalists, who are themselves desperate to ingratiate themselves with FoE so they can get one of the green jobs instead of the dead man walking jobs that make up most UK media outlets. So, we won’t hear that in the press any time soon. However, we will start seeing that understood where it really matters, among policy makers.

The ur-fear of Friends of the Earth, that UK shale gas is the enemy of renewables is shown to be as false as flaming taps and poisoned children. In fact one can say, based on the Obama experience, that opposing more natural gas damages the renewables industry. That’s why the UK renewable industry is limping along : Jeremy Leggett, James Murray, Greenpeace and FoE long ago shot it in the foot. They should put the weapon back in the holster. They’ve hit the wrong target.

Editor’s Note: We’re delighted to run this post by our friend Nick Grealy because it demonstrates that both advocates and skeptics of the EPA Clean Power Plan (count me in the latter category) agree on one thing; shale gas obtained from fracking has made it even possible to think about. The question of whether it’s good policy or a power grab is another matter, but it is undeniable, and acknowledged by the EPA itself, that natural gas is the lever for turning it on, which flips everything said by Josh Fox, Tony Ingraffea and Yoko Ono (all natural gas users, by the way) on its head. What an interesting turn of events!

1 thought on “Clean Power Plan Made Possible by Fracking”