The New York Climate Leadership and Community Protection Act or “CLCPA” is purely aspirational with no hope of being practicable. It could force a repeal.

Governor Cuomo and the New York State Legislature, during the summer of 2019, passed the Climate Leadership and Community Protection Act (CLCPA) which was described as the most ambitious and comprehensive climate and clean energy legislation in the country when Cuomo signed the legislation.  I recently summarized the historical Green House Gas emissions (GHG) and CLCPA targets.  This post looks at the historical data relative to the 2030 target. 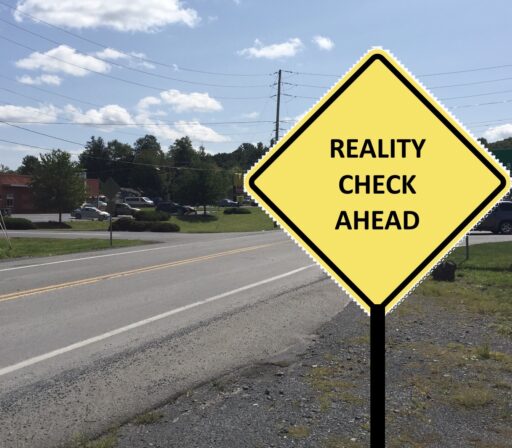 The New York State GHG Emission Reductions 1990 to 2016 table extracts the 1990 and 2016 data from NYSERDA Table S-2.  It is instructive to look at where the reductions were made over that 26-year period.  In the energy category total emissions were down 17% (36.16 MMtCO2e).  The largest reductions came from the electric generation sector but there were also reductions from the residential, commercial and industrial sectors.  Transportation, net imported electric, and waste incineration increased.

The CLCPA 2030 target of 141.7 MMtCO2e requires a reduction in the fourteen years from 2016 of 63.9 MMtCO2e.  As shown in the New York State GHG Emission Reduction Projections 2016-2030 table, if every sector in the economy was required to make the same percentage reduction, then each sector would have to reduce emissions 31%.

Of course, it might be possible to reduce some sectors to zero. The CLCPA proposes to eliminate GHG emissions from the electric sector by 2040 so what if that schedule is accelerated and we also reduce industrial GHG emissions to zero.  The same table also includes a scenario showing those reductions and shows that all the other sectors would still have to make 14% reductions.

A more reasoned approach to possible reductions would be to look at the reasons why there were reductions in the past.  For example, there are detailed numbers for the electric sector from the EPA Clean Air Markets Division Air Markets Program Data website. The website includes a query tool that I have used for years to extract specific data from national emission monitoring programs.  For this analysis I downloaded CO2 emissions data, operating time, heat input and load data as well as unit-specific information on fuel use and unit type so that I could show what changes caused the emissions reductions.

In the last 20 years (2000 to 2019) New York State CO2 Emissions table, annual CO2 emissions for the last 20 years by the primary fuel type reported to EPA are listed.  Note that the total emissions in this table is greater than the NYSERDA number.  This is because the EPA data includes some sources that are not electric generating units included in the EPA data.

Clearly, the primary cause for the reductions observed is decrease use of coal and residual-oil. New York is unique in that there are five relatively new large residual oil-fired boiler units in the state.  The primary driver for the reductions was the cost of oil relative to natural gas coupled with the fact that there is much less CO2 emitted by natural gas firing.  At this time these units survive because they can provide 1000s of MW when necessary and their operational costs are low enough that the payments to be able to provide that capacity are sufficient to be viable.

Note, however, that they cannot reduce emissions much more because they still have to run a couple of times a year to prove that they can provide capacity.  Coal-firing units in New York were older and were required to install extensive controls over this period to continue to operate.  The cost differential between natural gas and coal was the final blow to viability.

The Cuomo administration requirement to close these units by 2020 was symbolic only because the reality is that despite the opposition of the Cuomo Administration, fracking reduced the cost of natural gas so that it was cheaper than coal. If coal-firing was cheaper than natural gas then those units would have been needed to provide economical electric energy and there would have been significant pushback to banning coal in New York.

I estimated what I expect would be a reasonable projection for possible reductions in the electric sector.  Coal is easy because the last coal plant has already shut down.  Frankly, I don’t see how the State can shut down the residual oil-fired plants by 2030 without endangering capacity reliability, but we can assume the 2019 value is de minimus.  Doing the same thing with the other fuel and other oil categories brings the expected reduction to 3.51 MMtCO2e.  Finally, assuming enough renewables come on line that natural gas emissions are cut by a quarter, I think the maximum you could possibly expect to get out of the electric is 9.76 MMtCO2e.

The largest source of GHG emissions in 2016 was the transportation sector.  New York is currently a member of the Transportation and Climate Initiative (TCI) which is currently considering “a new draft proposal for a regional program to establish a cap on global warming pollution from transportation fuels and invest millions annually to achieve additional benefits through reduced emissions, cleaner transportation, healthier communities, and more resilient infrastructure.”  While I have my doubts about the efficacy of their proposals the key point for this analysis is that they propose a series of actions that could reduce transportation sector emissions only up to 25%.

The reduction projections table also estimates the emission reductions necessary if electric sector were reduced by 9.76 MMtCO2e and transportation sector emissions were reduced by 25%.  Because these reductions are for two large sectors the remaining sectors would have to make much higher reductions.  I estimate 80% from all the other sectors.

Incredibly, it is even worse because in my analysis I assumed the emission reduction programs would be implemented over the 14-year period of 2016 to 2030.  CLCPA § 75-0103 establishes the New York state climate action council.  It will consist of 22 members who have the charge to develop a scoping plan.  Within two years of the effective date of the legislation the climate action council must prepare and approve a scoping plan outlining the recommendations for attaining the statewide greenhouse gas emissions limits in accordance with the schedule.

On or before three years of the effective date of the legislation, the council is required to “submit the final scoping plan to the governor, the speaker of the assembly and the temporary president of the senate and post such plan on its website”.  In other words, the State will finally have the plan to meet the 2030 target of a 40% reduction in emissions in the summer of 2022 which leaves eight years to actually meet the emission reductions.

In the summer of 2022, the residents of New York will finally get an estimate of how many renewable resources will be necessary to displace the existing GHG emissions.  Not until then will we see how many wind turbines and how many solar panels will have to blanket the countryside, how much energy storage will be required to support these intermittent sources of energy, and how much transmission will be need to move the diffuse renewable energy from where it is produced to where it is needed.

Obviously, we will also have to wait until then to get an estimate of the costs projected to meet this aspirational goal.  Based on these preliminary first-guess numbers, though, the 2030 target of a 40% reduction by 2030 is so daunting that only the energy innumerate could possibly think that it can be met. 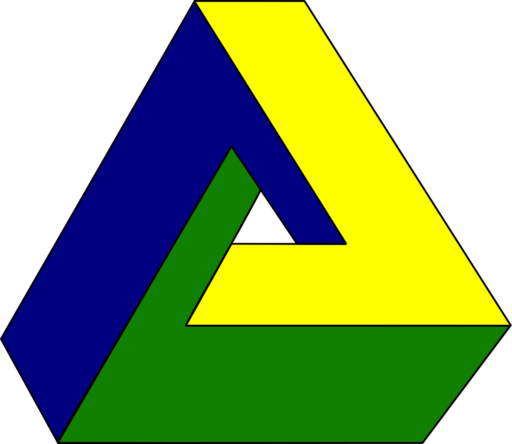 CLCPA emissions targets are virtually impossible, as unreal as this illusion

While some may say that once the plan is unveiled that a more reasonable target will be adopted, I disagree.  The zealots who have advocated for this virtue-signaling law will never be satisfied and will be the first ones to litigate the State to meet these goals however unreasonable and expensive implementation may be.  Absent a magical solution, the only reasonable recourse is to repeal the CLCPA and start over by developing the plan first and then setting the targets.