The CLCPA was set to be Andrew Cuomo’s crowning green achievement, but the law is an ass in this case and Cuomo will probably be the guy who raised CO2.

During the summer of 2019, Governor Cuomo and the New York State Legislature passed the Climate Leadership and Community Protection Act (CLCPA) which was described as the most ambitious and comprehensive climate and clean energy legislation in the country when Cuomo signed the legislation.  In one of the first implementation tasks the New York State Department of Environmental Conservation (DEC) has started the process to calculate a statewide Greenhouse Gas emissions (GHG) limit for this law.  This post addresses that rulemaking. 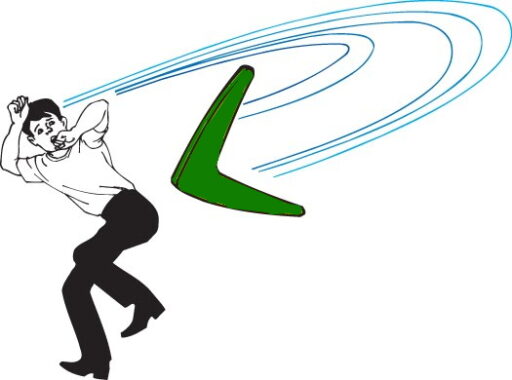 What Andrew Cuomo may have done to himself with his  Climate Leadership and Community Protection Act (CLCPA)?

DEC recently released a stakeholder draft for their statewide greenhouse gas emission limit rule.  This barebone draft lists six gases that will be considered in the inventory and lists potential economic sectors that might be covered.

As part of this process DEC announced a webinar for February 14 and again on February 28 to provide the public the opportunity to learn and ask questions about the rulemaking.  During the first webinar DEC said that they would post a recording of the webinar.  If you are unfamiliar with New York’s rulemaking process the webinar provided a good summary.

I have been involved with all aspects of emissions inventories from developing emission factors, using inventories for air quality modeling, to preparing reports for regulatory agencies over my entire career.  I can assure you that this is a non-trivial task.  Although I have some quibbles with the NYSERDA numbers I believe that it represents New York’s emissions adequately for all purposes.

The law specifies reductions in the future from 1990 emission levels so this section includes “§ 75-0105(5): The statewide greenhouse gas emissions report shall also include an estimate of what the statewide greenhouse gas emissions level was in 1990”.  DEC is interpreting this legislation to mean that they have to implement a new regulation that codifies the GHG emission inventory process.

It is not clear to me how much difference there is between the CLCPA inventory requirements and the methodology used for the NYSERDA report with one exception.  In particular, the legislation states that “§ 75-0105(3): The statewide greenhouse gas emissions report shall also include an estimate of greenhouse gas emissions associated with the generation of imported electricity and with the extraction and transmission of fossil fuels imported into the state which shall be counted as part of the statewide total.”  NYSERDA does not try to estimate extraction and transmission of fossil fuels emissions.

I have no experience lobbying politicians to influence legislation and, frankly, have no desire to do so.  If I had been involved in this instance, I would have said that the legislation should specify the use of the NYSERDA inventory.  It has all the numbers you need, no development is necessary, and represents GHG emissions well.

Unfortunately, someone, somewhere convinced somebody to include the requirement for “an estimate of greenhouse gas emissions associated with the generation of imported electricity and with the extraction and transmission of fossil fuels imported into the state”.  At a minimum this component will have to be added to the NYSERDA inventory.  I do not know what else, if anything, DEC has deemed to be incompatible between the CLCPA law and the existing NYSERDA inventory.

As a numbers guy, I oppose including extraction and transmission emissions because the uncertainty bounds on the extraction and transmission values are large today and much worse for 1990.  In 1990 coal and oil generation was much higher than today and it is not clear to me how you could figure out the source and methodology used to extract the fuel.  The fuel specification data needed to estimate that information has been purged from company records, not only because it was so long ago but also because most of the companies who operated the 1990 facilities no longer own them.

Because including the extraction and transmission provision was a political decision, it is appropriate to discuss possible motives with the caveat that this has never been considered a skill of mine.  Clearly, including these numbers will increase the 1990 baseline and current emissions.  Note that the language says transmission and not transportation.  Coal and oil in New York are transported but natural gas is transmitted.  Therefore, my guess is that it was included by someone who wanted to make natural gas look bad by showing higher emissions.

The extraction and transmission emissions requirement has unintended consequences.  NY has a perfectly good emissions inventory, but that provision means a lot of work has to be done to include those emissions. And DEC has no choice but to try to follow the requirements of the legislation.  As I noted above emissions inventories are difficult under any circumstances but when handicapped by requirements to adjust the numbers for ulterior motives the result is going to be significant effort for very little tangible benefit.

If it is correct that the extraction and transmission provisions were included by anti-natural gas advocates then I have to laugh.  I am convinced that the New York State anti-natural gas position is only supportable if the numbers are ignored or mis-understood and this is a vivid example.

In particular, the addition of extraction and transmission emissions to the 1990 baseline is going to show a larger relative decrease for coal and oil than natural gas.  Extracting coal has to be more GHG intensive than drilling and fracking a natural gas well.  Transporting the coal by rail or oil by pipeline to a refinery and then residual oil by ship or train to the power plants have much larger emissions than a natural gas pipeline to a power plant.  Worse still for the individuals who got this included is the fact that the higher baseline means that % reduction limits will also be higher.  In other words the CO2 limits will be higher so more CO2 can be emitted.

Editor’s Note: As Roger indicates, the addition of speculative 1990 numbers related to transportation costs of coal and oil will, as a practical matter, make it easier to show big reductions of CO2 for coal and oil as opposed to natural gas and renewables. Hence, it will be easier to sustain higher CO2 levels for coal and gas, which is precisely the opposite of what is supposedly intended. Andrew Cuomo has helped set himself up for failure in reducing CO2 by making coal and oil reductions look relatively better than those for natural gas and renewables. Nice job, Andy!

3 thoughts on “CLCPA, Cuomo’s Green Badge of Virtue, Setting Him Up for Failure”