In a new report titled “Getting Greener: Cost-Effective Options for Achieving New York State’s Greenhouse Gas Goals,” the Citizens Budget Commission (of New York) attributes the 13% greenhouse gas (GHG) emissions drop New York State saw between 1990 and 2016 to an increased usage of natural gas and nuclear power. According to the nonpartisan Commission, New York is “already green” and if it wants to stay that way, it needs more natural gas, not less! 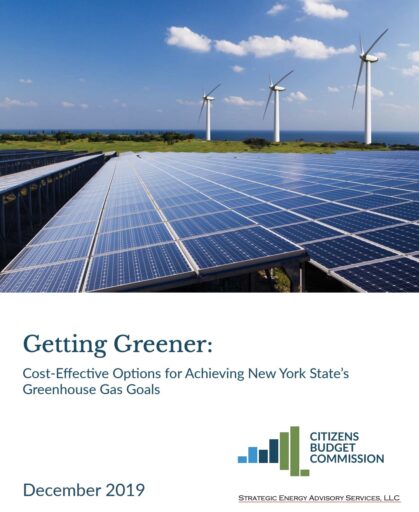 According to their website, the Citizens Budget Commission (CBC) is:

[A] nonpartisan, nonprofit civic organization whose mission is to achieve constructive change in the finances and services of New York City and New York State government. Our mission is rooted in serving the citizenry at large, rather than narrow special interests; preserving public resources, whether financial or human; and focusing on the well-being of future New Yorkers, the most underrepresented group in city and state government.

In other words, they have no ax to grind in their observations and recommendations. They are first and foremost concerned with the well-being of NY citizens.

In the report, CBC bashes away at Cuomo’s energy incompetence. Certainly not by name, but the conclusion is inescapable: Cuomo needs to wise up.

A few points made in the Executive Summary:

There are plenty of things we don’t like about the report–like a call for a carbon tax (which they euphemistically call “carbon pricing”). We also don’t agree with the premise that so-called greenhouse gases are a problem at all. We know, we’re in the minority with our opinions about the mythology of global warming.

The point in bringing you this news and the CBC report is to point out that there *are* reasonable voices out there when it comes to the use of natural gas. People like Andrew Cuomo are unreasonable (not able to be reasoned with) and are far, far outside the mainstream with respect to natgas. He’s radical, and his policies are destructive to both our economy and the environment. That’s the point. We can have constructive conversations with people like the CBC, but not with people like man-child Cuomo. 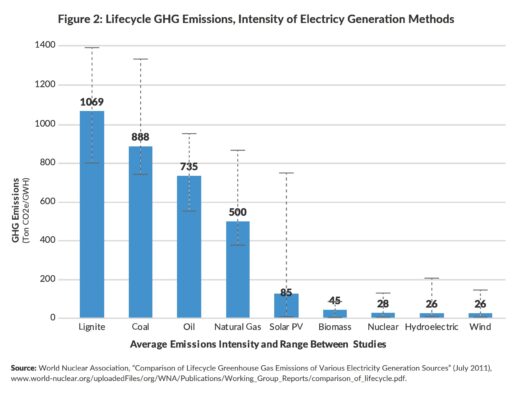 Here’s how Crain’s New York Business reports the news about the CBC report:

If New York is going to meet its carbon-cutting goals, it should consider its nuclear options, a fiscal watchdog argued in a report released Monday.

In its new white paper, entitled “Getting Greener: Cost-Effective Options for Achieving New York State’s Greenhouse Gas Goals,” the Citizens Budget Commission attributed the 13% emissions drop New York State witnessed between 1990 and 2016 to increased utilization of natural gas and nuclear power. The think-tank argued that recently passed plans to slash carbon output by an additional 27% by 2030 and 62% by mid-century are impractical if the state only pursues increased solar and wind generation.

In fact, by pushing Westchester’s Indian Point to close and possibly not renewing tax incentives for five other fission facilities, the Empire State risks reversing its recent progress, the CBC asserted.

“Elimination of the nuclear fleet will erase nearly all previous emissions gains as that power supply by necessity will likely be replaced in the near-term by natural gas, which produces greater emissions than nuclear power,” the report says.

But natural gas is far preferable to fossil fuels such as coal and heating oil, the CBC maintained. But the state has not only moved to increase demand for gas by decommissioning nuclear facilities—it’s refused to increase capacity by granting permits to controversial projects such as the Williams Pipeline, which would bring fuel into the New York metro area via a conduit under the harbor.

“Natural gas provides an economical alternative to dirtier fossil fuels and is a dependable source when renewable sources like solar and wind are not available,” according to the analysis, referring to the recent, contentious moratorium on gas hookups by National Grid.

The state simply will not be able to add enough offshore wind to both replace the nuclear plants, meet growing energy demand and hit its climate goals, according to the CBC.

Editor’s Note: I’m not sure Jim Willis is in the minority with his views on global warming. What we’ve been seeing is a social construct created by the sort of people at Time who just made Greta their “man of the year” over the Hong Kong protesters, which tells us everything we need to know on that score. I do agree with Jim in his desire to find someone rationale with whom to talk in New York. The Empire State’s corrupt governor, unfortunately, is making that ever more difficult with his pandering to political special interests. He’s rapidly transforming it into Empirezuela, although few inside the state seem to see it.