South Australia, is now paying a heavy price for its political correctness on renewables as electricity prices skyrocket while natural gas goes undeveloped.

As of July 1, 2017, electricity prices in the state of South Australia are the highest in the world, exceeding Denmark’s due to price increases of between 15.3 and 19.9 percent by its three major electric utilities. In nearby New South Wales the problem is not much better, with more than 60,000 households at risk of having their power cut off because they cannot afford the bills. Further, South Australia is faced with the possibility of brownouts and blackouts due to the intermittency of wind power. During a power outage last September, electricity prices rose to 200 cents per kilowatt-hour—about 20 times higher than the average U.S. electricity price. The blackout, which impacted 1.7 million people, started when a wind farm suddenly stopped providing 200 megawatts of power and destabilized the grid. Despite the blackout and high prices, South Australia plans to invest another $100 million in renewable energy.

South Australia’s reliance on wind power makes large blackouts more likely because the electricity generated is intermittent and does not coincide with the times of day when power is needed most. Intermittent renewable energy, wind and solar power, represent 53 percent of South Australia’s electricity mix. What’s more, the state closed its last coal-fired power station, thereby providing less back-up power during peak demand. The shut down of the coal-fired generator at Port Augusta last year destroyed a supply of affordable energy for the state’s households and businesses.

Major businesses in South Australia have threatened to suspend operations entirely until the electricity price is lowered and some smaller operations have already closed.

A family-owned recycling company was forced to close after its electricity bills more than doubled—increasing from $80,000 a month to $180,000 a month in just a year and a half. 35 jobs evaporated with the closure. Another family-owned company, Plastic Granulating Services, which was founded 38 years ago, decided these electricity price increases were the “final straw.” 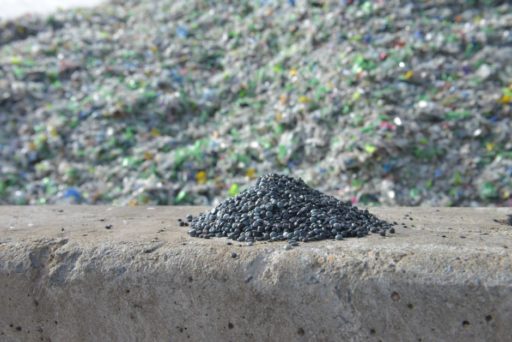 Ripple effects are being felt throughout South Australian industry, with almost 200 unsecured creditors owed $5.5 million from the recycling company’s collapse. Supplier Clare Valley Waste closed a processing center and let go six employees in response to liquidation of the Plastic Granulating Services and is owed $11,000. No alternative buyer for the plastic waste collected from six councils would step forward unless the rate charged for collection from the councils was tripled.

The owner of Drakes Supermarkets, an independent grocery retailer with 60 stores and 6,000 workers, indicated that electricity costs had ­increased from about 0.9 percent of sales to 1.6 percent and were rising; his only option was to cap his ­labor budget.

It appears South Australia’s politicians have forsaken their constituents. The state is suffering under dangerously high electricity prices and potential blackouts because of its unsustainable mix of intermittent renewable energy that needs back-up power to avoid destabilizing the electric grid. The United States should learn from the experience Down Under.

Wind and solar power only represent about 6 percent of the current U.S. generating mix, which so far has not destabilized the grid. But, tax credits for wind power have caused negative electricity prices that have resulted in traditional technologies, at times, being uncompetitive. Without the proper back-up power and policies that support it, the United States could end up facing the similar unreliability that challenges the electrical grid in South Australia.

Editor’s Note: The political correctness or “PC” on renewables that has driven South Australia into the electricity price red zone has been manifested in a failure to develop its natural gas resources. Here’s what the Australian Prime Minister said in March (emphasis added):

Prime Minister Malcolm Turnbull has urged the South Australian Liberals to back the development of the state’s natural gas resources and he promises to consider “all measures” to prevent the state’s power crisis from spreading to other states.

Asked about the state Liberals’ policy on FIVEaa, Mr Turnbull said: “I encourage all parties — Liberal and Labor — to support the development of our gas resources.

“We have so much gas. The problem at the moment is the political opposition to its exploitation.’’

It could not be said any more clearly. South Australia’s high electricity prices are attributable to renewables PC and a failure of leadership that surrendered to it. The solution, in turn, is develop natural gas as quickly as possible. Nothing is cleaner, more affordable and more sensible. South Australia chose poorly but now it has a chance to choose wisely.