The Chester County DA office has repeatedly played politics with the Mariner East pipeline project and it just got smacked by a District Magistrate.

Former Chester County, PA District Attorney Tom Hogan (RINO), and his successor Deb Ryan (Democrat) are 100% humiliated after a Chester County Magisterial District Judge dismissed the entire case against the local head of security for Energy Transfer in what the DA’s office lyingly calls a “buy a badge scheme.” Judge John Bailey dismissed all 54 criminal counts against Frank Recknagel over his hiring of constables as off-duty security guards for the Mariner East pipeline project. The DA’s office tried to criminalize moonlighting for the pipeline. 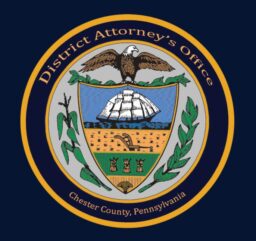 Before Hogan left his post as DA (last year), he charged Recknagel and several off-duty constables (peace officers) with crimes–just because the constables moonlighted by working as security guards to protect anti-pipeline nuts from hurting themselves at Mariner East 2 pipeline construction sites. Hogan claimed the off-duty officers used their official badges (and carried weapons) as they moonlighted and that constitutes a “criminal” offense. He was wrong–at least with respect to charging Recknagel (the guy who hired the constables).

Unless you live in Pennsylvania, you may not be familiar with the position of “constable.” A constable in PA is either elected or appointed. Their main duties are to issue summons to appear in court, and warrants for arrest. They can and do enforce both criminal and civil laws. Constables are not paid a salary, but are paid by the assignment. And yes, it’s perfectly fine for them to moonlight and work as security officers. They cannot, however, claim they are acting in an official capacity while moonlighting (flash a badge). That’s a no-no.

Following a preliminary hearing that droned on for five hours, the judge had heard enough. The DA, both Hogan and Ryan, didn’t have the goods. The judge tossed the ENTIRE case against Recknagel. We think Recknagel should sue both Hogan and Ryan for damages to his reputation and the pain and suffering they caused him with their overtly political persecution.

Here’s the news in brief from the Delaware Valley Journal:

A magisterial district judge on Thursday dismissed all 54 felony counts against a security guard accused of bribing two constables to act as private security for the Mariner East Pipleline project.

The Chester County District Attorney’s office had alleged that Frank Recknagel, a security manager for Energy Transfer Partners, hid payments to constables to act as security guards along parts of the pipeline to conceal that the company was “buying” the perception of police enforcement.

Constables can do individually contracted security work, but not while using their badge or other official items of their position, as was alleged in this case.

“Energy Transfer wanted the power of the badge to enforce their corporate will and engaged in illegal activity to make it happen,” the DA’s office said when first announcing the charges last year.

Nicholas Wachinski is an attorney who has represented constables in the past, and he believes the ruling was correct.

“I cannot speak to exactly what the judge looked at because I am not the judge and I wasn’t in the courtroom, but I suspect the judge looked at the evidence that was presented and when he applied the law, he determined that no crime was committed. Which is the right conclusion based on my understanding of the facts of this case.”

No one at the Chester County DA’s office was immediately available for comment Friday afternoon. However, KYW radio reported that DA Deb Ryan had said her office did not agree with the judge’s decision but respected it all the same.

Energy Transfer issued a statement accusing the DA of “overreach” and reaffirming their support of Recknagel.

“We are delighted for Frank and his family. The Court found there was no legal basis for the charges against Frank and ordered all charges dismissed. This ruling vindicated him and recognized his professionalism and cooperation with local law enforcement in and around Chester County with regard to the security operations of Energy Transfer,” the statement reads.

“The Chester County District Attorney’s Office overreached on this case, and despite our cooperation and transparency with the DA’s office, the DA still proceeded with this matter. Frank remains a valued member of the Energy Transfer family, as he has been for many years. Energy Transfer remains committed to being a good corporate citizen in Chester County and the Commonwealth.”

The charges were initially brought under the administration of the previous district attorney Tom Hogan, who was replaced by Ryan in January.

Wachinski said the other six people charged in the case, including two constables, are scheduled to return to court in October. He credits most of that delay to the backlog created by court closures due to the coronavirus crisis.

Even though the DA’s office was totally humiliated, they have the gall to threaten to refile charges against Recknagel. What does that tell you about the political nature of this persecution? From KYW News Radio:

As far as Recknagel’s case goes, Chester County DA Deb Ryan says they don’t agree with it, but they respect the judge’s position.

“Based on the evidence recovered during this lengthy investigation, the District Attorney’s Office felt it was appropriate to bring this case to the court for a preliminary hearing,” Ryan said.

The DA’s office could refile charges against Recknagel. Ryan says they will review all options before deciding next steps.

Recknagel’s attorney says, on the record, the charges and the case are politically motivated:

The attorney who won dismissal of criminal charges against a Delaware County man accused of orchestrating a “buy-a-badge” scheme to provide security for the controversial Mariner East 2 pipeline construction project said Monday that the case had been unduly influenced by political considerations rather than “sound, fair prosecutorial decisions.”

Justin Danilewitz of the Philadelphia law firm of Saul, Ewing, Arnstein & Lehr said in an interview that he had urged the Chester County District Attorney’s Office on multiple occasions not to file charges of bribery and conspiracy against his client, Frank Recknagel, the head of security for Energy Transfers Partners, the parent company of Sunoco Pipelines, which is building the massive project through Chester and Delaware counties.

He said he had given the prosecution ample evidence that Recknagel had done nothing wrong in getting state constables to work as off-duty security on the pipeline, and had been in consultation with local township police and elected officials about their work.

But he was ultimately put off, and left shaken after the charges were filed late last year…

“Our argument to the judge was essentially no different than the argument we made to the D.A.’s Office on many occasions,” Danilewitz, who was assisted in Recknagel’s defense by defense attorney Thomas Bellwoar of West Chester. “Our client had no criminal intent. Our point was that he was a careful security person, and that he would ultimately be vindicated.

“We shared emails he had written with the D.A.’s Office before (former District Attorney) Tom Hogan decided to bring charges,” Danilewitz said. He contended that they showed that Recknagel had never meant to commit the crimes Hogan’s office accused him of.

Asked if it was Hogan’s own personal political considerations driving the case, Danilewitz declined to comment.

Editor’s Note: You know who’s not bothering to report on this? StateImpactPA, the on-line shills for the Heinz Endowments and The William Penn Foundation in their joint campaign to halt natural gas development in Pennsylvania. They operate in tandem with their sister shills from the Delaware PovertyKeeper, the Clean Air Council and PennFuture, among others. StateImpactPA found time to do the following stories about the constables, but can find no time to tell the outcome? I know they’re propagandist, but …

DECEMBER 16, 2019 | 4:30 AM
How a Harrisburg company was ensnared in the investigation of Energy Transfer’s alleged “buy-a-badge” scheme for pipeline security

These phony journalists at StateImpactPA have no shame; none whatsoever.