The Center for Biological Diversity is doing psychological warfare or Psych-Ops on behalf of Tides Foundation elites against the good people of Ohio.

Our good friend Jackie Stewart at Energy In Depth has done some of her best work with a story yesterday on the Center for Biological Diversity and its Psych-Ops campaign against natural gas development in Ohio’s Wayne National Forest. I encourage readers to go there and explore what she’s put together.

A warning, though, is in very much in order. This article will make you angry—very angry—at how a special interest organization masquerading as a charity is able to tie government up in knots with lawsuits and other nefarious tactics. You’ll be enraged at how tax-exempt non-profits do the bidding of wealthy elites and deny economic opportunity to the ordinary working people who make America great. It’s disgusting. 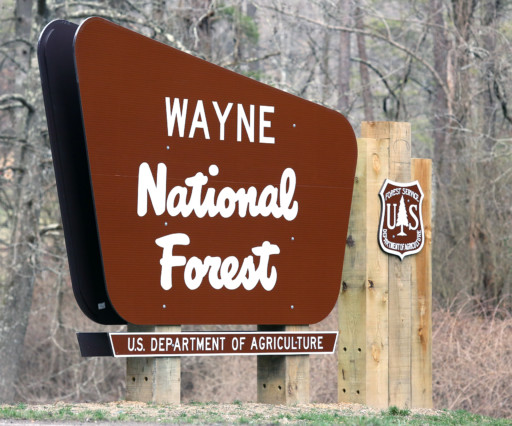 Here are a few poignant excerpts from Jackie’s expose:

The Center for Biological Diversity (CBD), a Tucson, Ariz.-based environmental activist group, has used the legal system for years to delay federal leasing of minerals. These delays are costly not only for federal and state government coffers, but for the local communities and forests CBD claims to be trying to protect. CBD’s latest target is Ohio’s Wayne National Forest – where CBD has claimed victory after victory over ongoing delays of federal permitting and, most recently, the cancellation of a federal auction lease sale.

CBD says its mission is “to secure a future for all species, great and small, hovering on the brink of extinction.” But as EID has highlighted before, CBD is actually an extremist “multimillion dollar litigation factory” that brags about ignoring science and the law in pursuit of its agenda. What is CBD’s real agenda? To use “psychological warfare” to “mock” regulators and “destroy” and delay projects of every type – not to advocate more effective regulations or to protect the environment.

The Wayne National Forest provides a perfect case study illustrating CBD’s tactics. The group recently statedthat the “feds” are finally “listening to their concerns” with regard to its efforts to “stop all fracking in the Wayne.” In reality, of course, all of these delays can be traced to the CBD’s May 2017 lawsuit alleging, among other erroneous claims, that the Bureau of Land Management (BLM) and U.S. Forest Services violated the Endangered Species Act by allowing fracking in the Wayne…

CBD employs a number of manipulative techniques, but its bread and butter is using the law to “turn one side of industrial society against itself” and abuse the law to fund its absurdly large budget – often through taxpayer dollars.

In a 2009 interview, CBD founder Kieran Suckling explained how the CBD playbook works – sue a federal government agency, attempt to “mock” and “destroy” regulator’s careers during litigation, and ultimately settle out of court.

Suckling has stated what CBD does in plain English, saying “The Forest Service needs our agreement to get back to work, and we are in the position of being able to powerfully negotiate the terms of releasing the injunction. They feel like their careers are being mocked and destroyed – and they are. So they become much more willing to play by our rules and at least get something done. Psychological warfare is a very underappreciated aspect of environmental campaigning.”

…With “psychological warfare” and endless litigation as its admitted strategy, CBD has not had to trouble itself hiring scientific experts or those concerned primarily with the nuances of species protection. Instead it has decided to recruit from top law schools, not primarily to ensure that we have clean water and air, or that loggerhead sea turtles thrive, but to shut down, if possible, entire industries that humans rely upon for survival and, failing that, to reap financial windfalls through abuse of the law…

CBD is, first and foremost, a deep-pocketed law firm. The group’s 2016 Form 990 shows revenue in excess of $14 million. It’s hometown newspaper, the Tucson Citizen, has called it a “multimillion dollar environmental litigation factory.” Unfortunately, it is a “factory” that is willing to say or do, it seems, almost anything in pursuit of its ideological agenda, regardless of its relationship to the truth or its actual impact on the environment.

There’s much more and I encourage you to read the whole thing, but there’s something else that needs to addressed as well and that is the question of who is funding the Center for Biological Diversity. That is to ask to whom it owes its allegiance. Here’s a nice summary from InfluenceWatch.org:

Notice multiple funders (e.g., Fidelity, the Foundation for the Carolinas and Vanguard) are of the money laundering type where donors give anonymously to funds for packaging with other secret donations that can then be forwarded to the Center for Biological Diversity for use, leaving no trace of where the money really came from. This is the same technique used by Food & Water Watch to make it difficult to follow the money.

Then, there is Tides Foundation which Heinz Endowments queen Teresa Heinz Kerry has used to do even more money laundering. According to InfluenceWatch.org, these were the 15 largest donors in 2015:

These names may not automatically ring a bell to all readers but, once again, we see many donor-advised money laundering funds, meaning the true funders of the Center for Biological Diversity are even further hidden. Interestingly, though, the largest funder is the Nova Foundation, which spends Warren Buffett’s money to advance his rail transportation interests and oppose competing pipelines, for example.

Then, there is the very radical Wallace Global Fund II, which funds the Rockefellers’ Sustainable Markets Foundation and Josh Fox’s Sweet Jane Productions, for example. There’s also the Open Society Foundation established by the currency-trading, country-toppling mad evil genius George Soros, who apparently wants to be king of the world after spending his youth turning others over to the Nazis.

This is the reality of whom the Center for Biological Diversity does its psychological warfare. I told you it was disgusting.