In the spring of 2021, the New York state Senate introduced the Climate and Community Investment Act (CCIA).  Coming on the heels of the Texas energy debacle one might think that politicians would not propose any changes to energy and environmental laws until the causes of that disaster were understood or would at least make implementation contingent upon feasibility studies to determine if the ambitious goals of this legislation don’t risk a similar outcome in New York. Such is not the case, however as I will show in this post

I have written extensively about implementation of the Climate Leadership and Community Protection Act (CLCPA) because I believe it will adversely affect affordability and reliability as well as create more environmental harm than good. The CCIA will make those impacts worse.  The opinions expressed in this post do not reflect the position of any of my previous employers or any other company I have been associated with, these comments are mine alone. 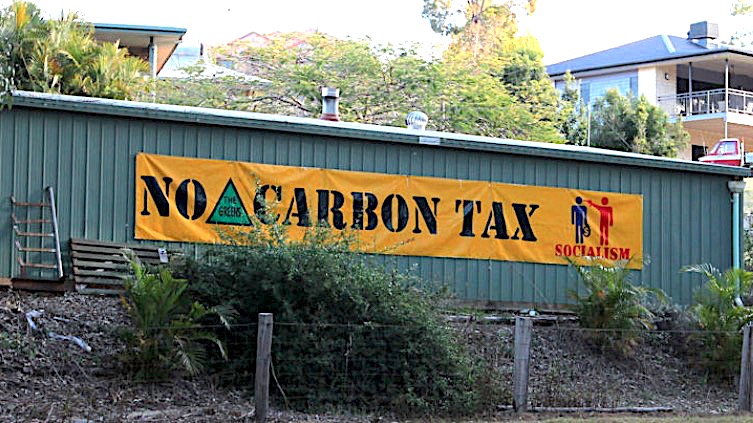 The sponsor memo for this proposed regulation lists specific provisions in the proposed legislation.   I prepared an annotated version of the draft bill that includes internal links to the sections of the bill corresponding to those provisions.  The summary of Senate Bill S4264A states:

Enacts the climate and community investment act; prioritizes the allocation of public investments in disadvantaged communities; addresses climate change challenges through the expansion and growth of clean and renewable energy sources; adopts best value requirements for the solicitation, evaluation and award of renewable energy projects;  establishes a community just transition program; establishes a climate pollution fee and a household and small business energy rebate; and creates the climate and community investment authority.

This article discusses the climate pollution fee which is another name for carbon pricing.  In theory, this supposedly measures the cost of the accumulated damage for centuries to come from emitting a ton of carbon dioxide today.  According to Resources for the Future (RFF), carbon pricing is a climate policy approach that works by charging industrial sources for the tons of emissions of carbon dioxide (CO2) they emit.

The problem is that there is a large gap between the elegant theory of carbon pricing described by RFF and real world carbon pricing.  In theory applying a carbon price across the globe on all sectors could incentivize the market to find the most efficient solution to provide energy at the lowest cost and not unduly affect the public by using the revenues to replace existing taxes.  The reality of the CCIA climate pollution fee proposed is that it is in one limited area with the funding going to special interests. As a result, tt is a regressive tax and a prescription for potential leakage and misapplied price signals.

The CLCPA mandated the Department of Environmental Conservation (DEC) establish a value of carbon.  At the end of 2020 DEC published this guidance document. The Value of Carbon Guidance provides values for carbon dioxide, methane, and nitrous oxide for use by State agencies along with recommended guidelines for the use of these and other values by State entities. The guidance Value of Carbon Guidance  document summarizes the methodology and rationale.  The recommended values are provided in the Appendix: Social Cost Values. The CCIA legislation shows no sign that the months long CLCPA process to develop an appropriate system for valuing carbon was considered, much less incorporated.

In order to address the recognized problems of a climate or carbon pollution fee in just New York, the proposed regulation includes a border carbon adjustment fee.  The fee applies to any carbon-based fuel sold, used or brought in the state by an applicable entity.  Consequently, the logistical requirements to calculate border adjustments is a big effort.

The premise of a climate pollution fee is that it will incorporate the future cost to society of CO2 emissions today.  The DEC Value of Carbon guidance bases its recommendations upon the work of the Federal Integrated Working Group (IWG) social costs of carbon.  Dr. David Kreutzer explains that:

Estimating the social cost of carbon is susceptible to political pressure and model-gaming. The assumptions in play—about unsupportable time horizons, exaggerated emissions projections, overly high estimates of carbon dioxide’s impact on warming, and others—are all too easily corrupted, resulting in wildly varying estimations.

The fee calculation methodology is complicated.  The price is adjusted by year and a newly defined environmental integrity metric.  That metric adjusts the price based on the state’s reductions relative to a defined trajectory.  For example, the 2021 statewide GHG emission target is set at 85% of the 2018 GHG emissions.  DEC has not released its draft emission inventory for years since 1990 but my money is on an increase since 2018 simply because the State closed down 1,070 MW of nuclear capacity in 2020 and is closing another 1,080 MW of nuclear capacity this year.

I estimate the power needed to replace those facilities will generate over 8,000,000 tons of CO2.  The CLCPA Climate Action Council process is underway and I believe is charged with determining the appropriate reduction schedule.  It is very likely that the schedule in the proposed law will not be consistent with the CLCPA recommendation.

I have given up trying to figure out how the environmental integrity metric will affect the price because of its complexity.  Without a lot more work I cannot determine how the five-year metric using cumulative actual and target emission reductions could affect the differing adjustments to the carbon pollution fee.  My impression is that the methodology and values chosen will ensure the maximum increase (10%) of the climate pollution fee is inevitable.

The last statewide GHG emissions inventory developed by the New York State Energy Research & Development Authority estimated that the total emissions in 2016 were 377 million metric tons of CO2e.  Assuming that emissions will be the same in 2022 when the proposed legislation starts applying the fee the annual fee will be over $16 billion.  The annual adjustments keep the fees about the same for five years or so but then the reductions in emissions reduce the fees collected.  Obviously when all the GHG emissions have been eliminated the fee will also be eliminated.

My biggest problem with this proposed legislation is mandates for specific information that is already available elsewhere.  In order to determine the tax levy, the emissions must be known.  The regulation includes a section for the calculation of emission factors which when combined with electricity production data can be used to estimate emissions.

This is a flawed approach for those facilities that actually monitor and report their emissions.  Direct measurements are a more accurate methodology than this approach.  Moreover, the DEC and NYSERDA already have a process in place to calculate emissions.  Importantly, the New York Independent System Operator has proposed a carbon pricing scheme that includes a methodology to estimate emissions for its fees.  Both systems are incompatible with this law.

There is a section for exemptions and deductions.  In order to prevent double payments a source affected by 6 NYCRR Part 242 (the Regional Greenhouse Gas Initiative) can deduct “the amount it paid to purchase CO2 emission allowances”.  Exemptions for de minimis quantities of emissions are also allowed.

Emissions leakage refers to a situation where a policy in one jurisdiction moves the emissions out of that jurisdiction to a less restrictive one such that the total emissions are not actually reduced.  The CCIA law includes a mitigation policy that calls for studies of ways to reduce this effect.  Leakage has been a concern in the CLCPA implementation process so the scoping plan recommending policy measures to prevent emissions leakage is redundant except for the fact that the CLCPA evaluation has not included an explicit cost like the $16 billion annual CCIA fee.

Finally, the climate pollution fee includes a requirement for report on the implementation of the fund.  The report is supposed to include the total revenues, the effectiveness of the fee to reduce GHG emissions, the amount of leakage, and overviews of the benefits and costs.

Dr. Steven McKitrick evaluated carbon pricing policies in Canada and explained “there may be many reasons to recommend carbon pricing as climate policy, but if it is implemented without diligently abiding by the principles that make it work, it will not work as planned, and the harm to the Canadian economy could well outweigh the benefits created by reducing our country’s already negligible level of global CO2 emissions”.  This is entirely analogous to New York and the CCIA.   Importantly, he notes:

However, a beneficial outcome is not guaranteed: certain rules must be observed in order for carbon pricing to have its intended effect of achieving the optimal balance between emission reduction and economic growth. First and foremost, carbon pricing only works in the absence of any other emission regulations. If pricing is layered on top of an emission-regulating regime already in place (such as emission caps or feed-in-tariff programs), it will not only fail to produce the desired effects in terms of emission rationing, it will have distortionary effects that cause disproportionate damage in the economy. Carbon taxes are meant to replace all other climate-related regulation, while the revenue from the taxes should not be funnelled into substitute goods, like renewable power (pricing lets the market decide which of those substitutes are worth funding) but returned directly to taxpayers.

The CCIA violates all these rules.  New York has emissions regulations for Part 242 and the CLCPA that both mandate specific reductions.  The revenue from the climate pollution fees won’t even be used to support renewable energy development and only a small fraction will be returned to ratepayers.  This is simply a regressive tax that will dis-proportionally adversely affect those it purports to want to help.