Carbon emissions have failed to grow, despite significant growth in the global economy. Natural gas, that is fracking, here in the U.S. was a huge help.

The International Energy Agency is out with a new report demonstrating it is the growth in our natural gas use, brought about by fracking, that has allowed us to make up for growing carbon emissions elsewhere in the world. We are, moreover, doing it at the same time we’re lowering energy costs and experiencing unparalleled economic growth. What can’t natural gas do? 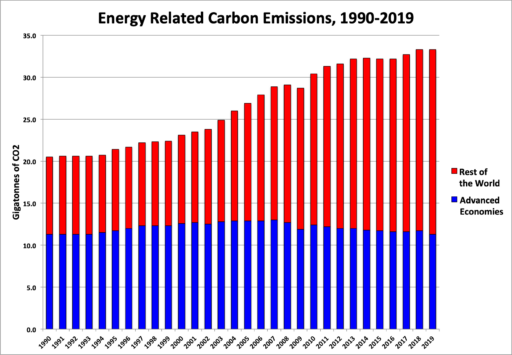 The International Energy Agency’s report, no particular friend of oil and gas, offers some stunning data on carbon emissions:

I red-lined the part about the U.S. contribution because it’s easy to miss in the report and the litany of achievements. We are leading the way because we have led on natural gas, having embraced fracking. No one has done more than us to reduce carbon emissions and it’s happened because of fracking. It’s that simple.

3 thoughts on “Carbon Emissions Flattening Out Globally, Thanks to Our Fracking”