Governor Cuomo should take a hard look at British Columbia’s all time high gas prices since blocking the Canadian pipeline might be a glimpse at New York’s future.

The Canadian pipeline civil war got even nastier this week.  To those observant enough to notice, the warning sirens for the United States are blaring.

On Wednesday, the Alberta provincial government followed through on its threat to neighboring British Columbia by passing a law permitting Alberta to control who receives Albertan energy shipments.  Premier Rachel Notley said that “if the path forward for the (Trans Mountain) pipeline through B.C. is not settled soon, I am ready and prepared to turn off the taps.” 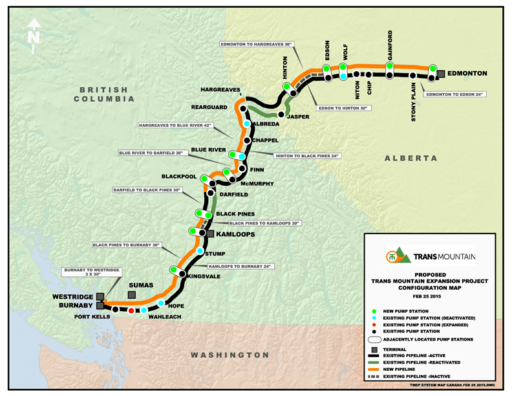 Immediately, B.C. Premier John Horgan responded by threatening to seek an injunction preventing Alberta from ever using the law.

Thanks to his leftist environmental supporters, Horgan has backed himself into a corner.  He now is fighting Alberta, the Canadian federal government in Ottawa and the B.C. Liberal Party opposition.  “We’re seeing the biggest pump prices in B.C. history” noted B.C. Liberal leader Andrew Wilkinson.  “We can’t live with that forever.”

All of this is devastating Canada’s ability to attract investment.  The Liberal federal government of Prime Minister Justin Trudeau strongly backs the Trans Mountain pipeline project, but seems powerless to make it happen.  Canadian Finance Minister Bill Morneau announced that the Federal government would provide financial assurances to anyone building the pipeline, and said that if Kinder Morgan will not go forward there are plenty of other investors who will.  That’s debatable.  Canada is now a slow growth economy.  Its provincial infighting over pipelines is but one example of a business climate unwelcoming to investors.

From an energy perspective, British Columbia is to Canada what New York and New England are to the US.  At least in Canada they don’t have the absurd spectacle of a “Sex and the City” actress so spooking the Governor of New York that he is moving ever further to the left. 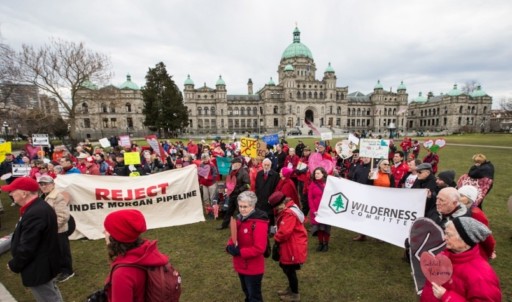 Both countries now are staring into the energy abyss.  Increased local control over interstate or interprovincial projects means increased paralysis due to local veto power. New York is finding this out the hard way.

Earlier this month the owners of the Constitution pipeline extended their legal losing streak by failing to get the United States Supreme Court to overrule the Second Circuit’s decision not to intervene in New York’s rejection of a Section 401 Clean Streams Permit.  In effect, this both killed the project and solidified State ability to block Federally-approved pipelines.

Statewide, New York has gone further.  Since 2014, New York State Court rulings enshrined the right of localities to pass on energy projects. Unfortunately for Cynthia Nixon, those localities are now vetoing “renewable” solar and wind farms.  Ultimate hypocrisy rests in Dryden, near Ithaca, which was a name plaintiff in the case that ended the State’s right to control energy projects.  Last year Dryden blocked a large solar project, claiming that it was too big and being built in the wrong place.  Dryden, they name is NIMBY.

From where, Governor Cuomo or potential Governor Nixon, do you intend to find energy to power New York’s economy?  The winters get very cold in Upstate New York.  Like the voters in British Columbia who are dealing with massive gas price increases, the voters in New York may love environmental justice warriors now, but wait until the winter.