A ludicrous “health study” led by fractivists and published in fake news outlet Rolling Stone, is countered by a Canadian health study from last year.

Rolling Stone just published a laughable “health study” conducted by a team of committed fractivists. It’s not a study at all, in fact, but a junk science compendium, as Seth Whitehead at Energy In Depth illustrates, demolishing the whole thing to the point there’s nothing left of it. Read his detailed analysis and see just how bad this most recent effort by Sandra Steingraber and company real is. The only thing he left out is the fact Sandra has heated her own home with natural gas while attacking fracking. 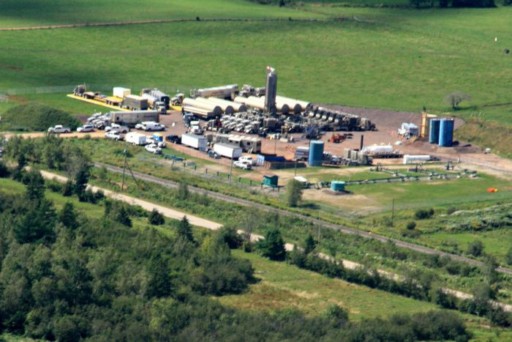 The Canadian health study’s (“New Brunswick Shale Gas Air Monitoring Study”) aim was to determine whether fracking caused air pollution. It monitored air quality near shale gas wells during their four stages of development. This showed the air quality during the life cycle of shale gas development, from prior to development to well closure. Their findings prove what we have been seeing all along; shale gas development is not significantly harmful in any way to air quality. In fact, fracking is improving air quality wherever it facilitates natural gas replacing coal or oil.

Here are some of those findings (emphasis added):

These publications, based on analyses across North American gas production regions, show the variability of potential environmental and health concerns and impacts linked to UOG development. They also underline how regulations, industry practices and innovations, geographical and geological features, and meteorological conditions may influence air pollutant emissions and ambient concentrations associated with shale gas development. 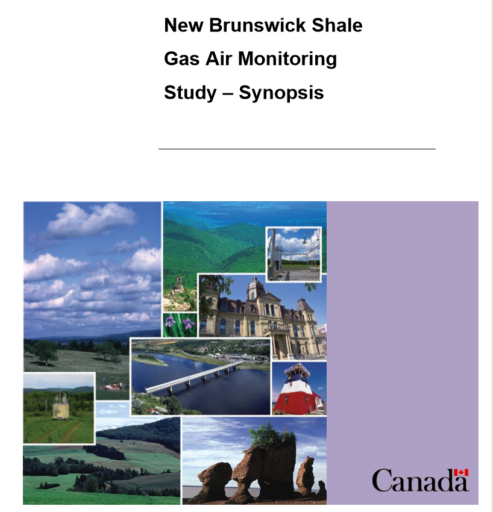 Activities from a single well pad increased NOx, PM2.5 CH4, and some PAHs and VOCs, intermittently during specific periods that corresponded to intensive operations, such as drilling, hydraulic fracturing, snubbing, venting and flow testing. These activities did not appear to increase ambient levels of CO, O3 and SO2. Emissions linked to natural gas processing also resulted in increased levels of some VOCs. In general, increases were of short duration and ambient pollutant levels quickly returned to baseline values. However, short-term, measurable air quality impacts were observed.

Overall, pollutant levels during Production, as well as other phases, were lower than ambient air quality standards adopted in New Brunswick or in other Canadian jurisdictions. Therefore, the results from the current study suggest that air pollutants did not reach levels that are of concern to environmental and human health, or that would trigger mitigation measures to improve air quality.

So, the Canadians say fracking is not a threat to human health, but Sandra Steingraber, the fractivist who uses natural gas, and Rolling Stone, a journal complicit in a false rape allegation, say it is a threat. I’ll take my chances with the Canadians.