The Golden State is the breeding ground for the dangerous disease of California energy dreamin’ — a pathological obsession with energy political correctness.

Although this story concerns California, it is a preview of what’s coming to New England. Because of ongoing record-high heat in Cali, the Los Angeles Department of Water and Power (DWP) is telling residents to either “voluntarily” stop using electricity, or DWP is going to cut electricity to different communities on a rolling blackout basis. The cancer of anti-fossil fuel hatred has more fully metastasized in Cali than elsewhere in the country, and therefore Cali is an instructive case study.

California, if it were it’s own country (now, there’s a thought!), would be the fifth-largest economy in the world–larger than the United Kingdom, India and Brazil. Cali is the third largest consumer of gasoline and diesel on the planet, behind only China and the United States. And yet Cali persists in blocking new gas-fired electric plants, blocking pipelines, and shutting down existing oil and gas drilling.

They are, in a word, insane. And now their insanity is on display for the world to see. 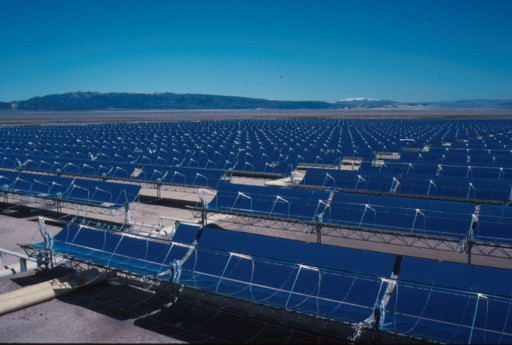 Because of the heat wave and lack of natural gas supplies, natgas prices in Cali have zoomed to nearly $40/Mcf (thousand cubic feet). Residents now face either “voluntary” reduction in electric use–or forced blackouts. We take no pleasure (well, maybe a little pleasure) in saying Cali is reaping what it has sown.


To prevent Angelenos from suffering long and agonizing power outages in scorching weather, the Los Angeles Department of Water and Power says it might have to cut their electricity.

Utility officials said Tuesday that “planned outages” that are advertised to residents beforehand will be needed to upgrade aging infrastructure.

DWP General Manager David Wright raised the idea two weeks after a blistering heat wave that left more than 100,000 customers without electricity at some point, some of whom went days without power. Wright said the practice, standard in the industry, would involve notifying residents in advance that their power would be out during specific hours on a selected day.

Dan Barnes, director of power transmission and distribution, said the utility already does some planned outages for replacing equipment, but usually keeps electricity flowing to Angelenos as it replaces old cables, by switching to another cable while work is underway. Shutting off the power would help crews get the work done more quickly, Barnes said.

Utility spokesman Joseph Ramallo said there were no immediate details about the scope of the planned outages, but that they could affect neighborhoods across the city where electrical upgrades are already planned. Wright said the department would cancel any planned outages if the weather turned out to be hot on the chosen day.

The utility also wants the city to loosen restrictions that prevent its crews from working in the street during “peak traffic hours” in the morning and afternoon. Those rules leave workers with little time to get the work done, Wright said.

“We can work between 9 and 3, but a half-hour for traffic control and a half-hour for a lunch … that’s like five hours of work,” he told the Board of Water and Power Commissioners.

During the power outages earlier this month, many residents complained the DWP had given them little information as they weighed whether to leave their homes or board their pets. City Councilmen Mitch O’Farrell and David Ryu, who represented some of the hardest hit areas, said they were deluged with complaints from frustrated residents.

Wright told board members that as crews were laboring to fix the problems, they could not give precise answers about when power would be restored.

However, the DWP chief said the utility needed to be clearer with residents about where they could find information and what work was being done. He told the board that within the next year, the utility will roll out a new system to send text messages to residents about power outages in their neighborhoods.

Wright said the utility also needed to encourage residents to prepare ahead of time for power outages, especially if they had medical needs that required electricity, by buying a small generator or a phone charger that runs on solar power. That could be crucial in an earthquake or another emergency, he said.

The price of natural gas is zooming in California:

Natural gas prices in Southern California surged to the highest in almost a decade as blistering heat kept air conditioners on full blast, stoking demand for the power-plant fuel.

Gas in the region more than tripled Monday to $39.64 per million British thermal units, a record in Bloomberg data going back to 2008. Power prices also jumped. “Dangerous heat” will descend across Southern California through July 26, with temperatures above 90 degrees Fahrenheit (32 Celsius) in Los Angeles and approaching 110 degrees in the desert, according to the National Weather Service.

“We expected a rally, but nowhere near that big,” Rick Margolin, an analyst with Genscape Inc., said in an email Tuesday.

The heat is so intense that California is even pulling liquefied natural gas from the Costa Azul import terminal on Mexico’s West Coast, Margolin said. Restricted access to the Aliso Canyon storage facility after a 2015 leak is also making it difficult to meet demand, he said.

Gas exports to Mexico from the U.S. Southwest, meanwhile, slid after a pipeline compressor station was shut down for repairs. The amount of gas flowing from the region across the border sank 25 percent Tuesday after Kinder Morgan Inc.’s El Paso Natural Gas line reported a mechanical failure at a compressor station in Arizona.

To read a great article on Cali’s insane drive to dump fossil fuels, read this Energy in Depth story: Calls for California to Abandon Fossil Fuels are Counterproductive Nonsense.

Editor’s Note: My son has lived in California for almost two decades and whenever my wife and I visit, I am awed with scenery, the resources and the potential. Then, I look around and see the madness, too. I see the blatant violations, everywhere I look, of the myriad trend-setting laws copied by so many other states. I see the homelessness alongside the disgusting wealth. I see the radical influences. Finally, I see all those Priuses everywhere; expensive status symbol vehicles subsidized by the taxpayer as the perfect illustration of the politically California energy dreamin’ mindset.

Sadly, California is in the grips of this mindset, which is a subset of dead-end socialist ideology. The dead-ending toward a final Venezuelan destiny started with absurd energy policies that gave us Enron and advanced to anti-fossil fuel madness, as Jim notes. It’s emulating Germany’s failed Energiewende with the same results now appearing in the form of duplicative energy systems, skyrocketing energy prices and brownouts and blackouts.  California energy dreamin’ is expensive.