Cabot Oil & Gas has been producing gas in Susquehanna County for a decade, bringing much progress and many rewards in the way of education, jobs and incomes.

Cabot Oil & Gas is one many fantastic companies in the business of extracting natural gas in Pennsylvania. It is focused principally on Susquehanna County. Incredibly, it has been there a decade already. During that time, it has also brought incredibly good things to the County. These include many jobs, numerous educational initiatives much new income to the area. More than that, though, it has brought opportunity and optimism about the future to a very special part of Rural America.

There’s so much here to discuss. But, I want to start with the first thing I noticed, which is also why I like the natural gas industry so much. It is the lack of pretense and focus on the important stuff. Dan Dinges, the CEO at Cabot Oil & Gas didn’t wear a tie and neither did George Stark, the Director of External Affairs. Most of the guests were  also dressed casually. That’s because the natural gas industry is as real as it gets. The industry just aims to get things done. That is why it’s always several steps ahead of an opposition that is always fighting yesterday’s battle again; battles they’ve already lost.

Real companies also tend to produce real results. Consider just the following points made in the WBRE/WYOU story, which are in addition to the jobs created and the impact fees paid: 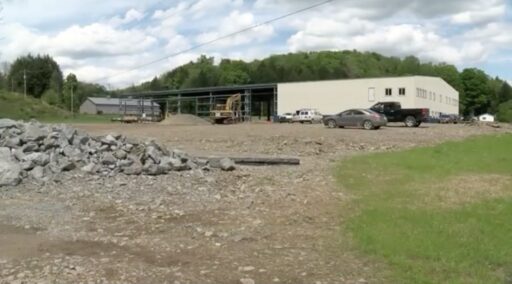 There were two other points made that capture the essence of what Cabot and the industry has accomplished. First, Dan Dinges noted Cabot is sharing the wealth in a way that only private industry can; through investment and earnings from supplying goods the public needs and demands. No amount of government subsidies in products the public neither needs nor wants can do that. Cabot has brought self-sustaining development to Susquehanna County.

Secondly, as George Stark observed and, as it’s far too easy to forget amidst the political nonsense out there, the future is exceedingly bright. Cabot and other natural gas companies that followed it into Susquehanna County have invested in its long-term future. That means many more billions of dollars to come, more impact fees, more royalties, more tax revenue, better and better roads, more natural gas for local use, more education initiatives and more rewarding lifetime careers in natural gas plus a whole lot more. The future is as bright as could be.