Fractivist groups have been attempting to brand lawsuits filed by oil and gas companies as First Amendment issues, but this isn’t even close to being true.

Our founding fathers had outstanding foresight when they began drafting the Constitution. When the Bill of Rights was proposed, several of them were against detailing those rights we now as the Bill of Rights. This was not a case of believing those rights were insignificant, but rather, a fear that detailing such individual rights would limit them to the original 10 (the list had included 12, but only 10 were approved). 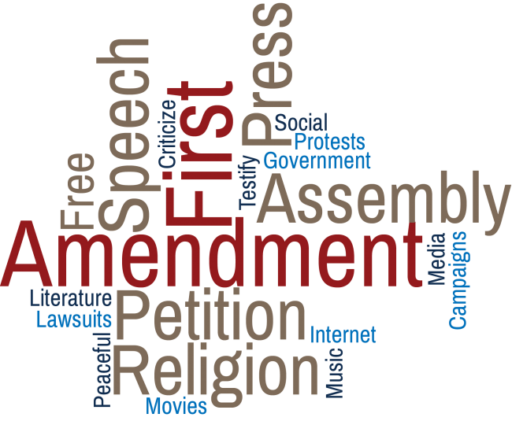 We now have a Bill of Rights that most of us hold to be next to sacred and, as I see it, they’re in order of precedence. The First Amendment is the foundation of all our freedoms. This is why I hold this amendment close, for better and for worse, and will always side with our ability to speak freely.

I offer this preface with regard to my beliefs because of a recent article on the Desmog Blog, a fractivist website that dispenses with facts in favor of emotional appeals. The blog recently posted an article with the hyped-up title of “Oil and Gas Industry’s 2017 Suing Spree Could Set Speech-Chilling Precedents.” This headline caught my attention as I worried briefly I had perhaps missed something big. Like them or hate them, fractivists have a right to speech, and I will choose that right over nearly anything; making me think for once that I might need to stand up for them.

Clearly, this was not the case, though. I knew this immediately, on clicking the link, when I saw the picture below of Dimock junkyard plaintiff, Ray Kemble, holding up some green juice. Readers of NaturalGasNow have been following him for years, and more recently with respect to Cabot’s lawsuit against him and his attorneys. Desmog Blog also piled on with an emotional “Cancer Patient Gagged” subtext painting Kemble as a victim. 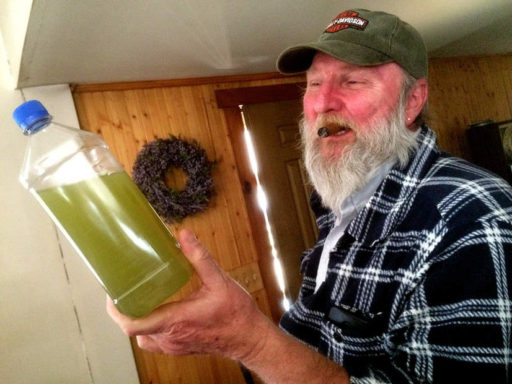 “Back in 2010 state environmental regulators concluded that Cabot Oil and Gas’s drilling operations had contaminated the area’s groundwater and ordered the company to cough up $4.6 million. In May 2016, federal health officials concluded that the drinking water in Dimock was indeed unsafe, and in December 2016, the U.S. Environmental Protection Agency’s (EPA) long-awaited national study warned that hydraulic fracturing (fracking) has contaminated drinking water supplies across the U.S. (without directly commenting on Kemble’s situation).

Cabot signed settlements with virtually all of the families drawing water from the contaminated Pennsylvania aquifer, though the precise terms of those agreements remain secret. A separate federal lawsuit, brought by two families down the road from Kemble, the Elys and the Huberts, was settled in September for an undisclosed amount, a sign that the Ely and Hubert settlement also includes a non-disclosure clause.”

This provides some immediate insights into how fractivists twist facts and simply lie, everything in the first paragraph being either false or a complete distortion of the facts. Moreover, Kemble, who settled with Cabot in 2012, is being sued for breaching terms of his settlement. After settling, he has continued to go out and slander the organization – attempting to milk the situation for all the fame and money he can squeeze out. Slander, libel, yelling fire in a crowded room, or violating a settlement agreement are, however, not protected speech. It’s interesting that Desmog Blog chose to ignore these facts as well as the role and potential liability of Kemble’s attorneys for breaking a settlement agreement. That was no oversight; rather, it was an attempt to falsely brand the lawsuit as a free speech issue.

The second thing about the post that stuck out to me was a “Suing the Grassroots” subtitle it used. Desmog Blog was referring to Energy Transfer Partnership, builder of the Dakota Access Pipeline, which is suing fractivist organizations, alleging racketeering and conspiracy. It’s yet another attempt to portray the story as innocent little guys up against big bad corporations. But, as is typical with such storylines, the truth is precisely the opposite.

They look very peaceful, don’t they?

The NODAPL groups reigned terror and destruction during their ginned-up protest events. It was coordinated criminal activity and RICO is the appropriate remedy. This is not a David and Goliath story. It is, essentially, a mafia story where smaller groups of useful idiots are used to conduct extortion, violence and terror to bend others to the will of well-financed special interests. It was anything but peaceful assembly, although Desmog Blog characterizes it as follows:

What Desmog Blog is saying here is that contracts and laws against libel and vandalism don’t matter. They’re also saying businesses and those who have money shouldn’t be entitled to free speech unless they come down on the side of the special interests for whom they advocate. I am quite sure this not what our fathers thought when drafting the First Amendment. This idea these vandals and lawbreakers are being punished for standing up to power is absurd and a slap in the face to all of us who value our freedom of speech.