The recent decision by the Brookhaven, Long Island Town Board to approve a gas power plant is evidence of a return to reason and rejection of fractivism.

Caithness Energy is a privately held company that specializes in buying or building (and operating) renewable energy and natural gas-fired power plants. We’ve written about a number of gas-fired generating projects they own or are involved with, over the years. Caithness owns a 350 megawatt natgas-fired power plant in Yaphank, NY, on Long Island. For more than four years Caithness has had a plan to build a second natgas-fired plant next to the first. 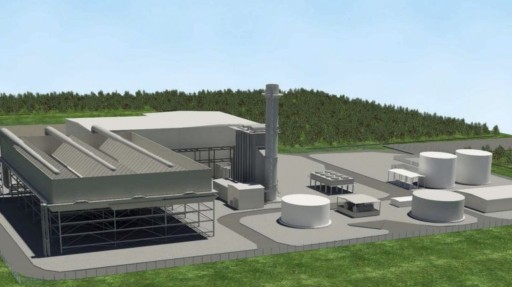 The original plan was for a 750 MW plant, later scaled back to 600 MW. Local leaders in Brookhaven Town in which the existing and proposed power plant projects sit has been against the plan for a new power plant. The town passed restrictions in 2015 that tied the hands of Caithness, making the project impossible to build.

As recently as May of this year, members of the town board expressed their doubts about the new project. But then, all of a sudden, the board reversed course and last Thursday voted to repeal the 2015 restriction that limits the type of equipment Caithness can use in building the plant. No, it’s not a ringing endorsement and it’s not full approval of the plan (many more local and state hoops will have to be jumped through). But it certainly signals a change of heart by town leaders.

This was how town leaders felt about the project in May:

The developer of the Caithness power plant in Yaphank wants to build a second plant next to the existing facility to provide a backup power source for solar and wind farms.

But the project is facing skepticism from Brookhaven Town, and local and state energy officials have said they are not seeking new sources of power on Long Island.

Officials of the Manhattan-based energy company said in an email the new plant would be available to “supplement renewable energy products — solar and wind — when those resources are not available” because of a lack of wind or sunshine.

The new plant would be capable of ramping up to full power in 45 minutes and would be “the cleanest, most fuel-efficient, and most water-conserving power plant on Long Island and in New York State,” Caithness officials said.

A Long Island Power Authority spokesman said Caithness has not submitted an application for a new plant. LIPA officials have said they do not plan to seek new power sources.

Officials with the state Department of Public Service and state Energy Research Development Authority also said they have not received petitions from Caithness offering a new plant.

The new facility would be smaller than a 750-megawatt plant in Yaphank Caithness also proposed. The Brookhaven Town Board approved that proposal four years ago. It was never built because PSEG Long Island, which manages the power grid for LIPA, said a new facility wasn’t needed in Long Island’s sufficient power supplies.

Caithness is asking the town to OK changes in its approval of the 750-megawatt plant so that plans for the smaller plant can move forward.

Town Supervisor Edward P. Romaine, who had voted against the plant in 2014, said he was undecided on the new plan. But he questioned whether a new plant is needed and whether the facility would have the required gas supply.

“Where’s your source of gas?” Romaine said in an interview. “At one time, they had talked about tapping into the Iroquois pipeline in the middle of the [Long Island] Sound. . . . I don’t know if they’re still looking at that as a gas source, or if they have a gas source.”

A Caithness spokesman said in an email that “adequate natural gas supply is available from existing interstate gas pipelines to the National Grid system.”

The Brookhaven Town Board will hold a public hearing on the plan at 5 p.m. on June 26 at Town Hall in Farmingville. 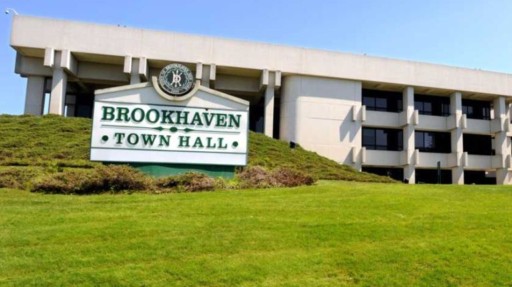 And then the change of heart last week:

Caithness Long Island can continue pursuing a plan to build a 600-megawatt power plant in Yaphank after the Brookhaven Town Board on Thursday lifted restrictions on the project.

The board voted 6-0, with one abstention, to repeal a 2015 covenant that limited the types of power-producing equipment the Manhattan-based company can use to build Caithness II, a gas-fired plant that would be built alongside an existing Caithness plant that opened in 2009.

Caithness still must obtain approvals from the town planning board and permits from state agencies before the new plant can be built.

Caithness officials have said the plant would supply electricity to power grids statewide and serve as a backup to existing and planned solar and wind farms. The facility also would help reduce carbon dioxide emissions and save Long Island Power Authority ratepayers about $75 million a year, company officials said.

“We are pleased that the town board repealed the restrictive covenant related to the previously approved Caithness II power project,” Caithness Long Island president Ross D. Ain said in a statement. “We now look forward to consideration and approval of the site plan filed with the planning board for what will be the region’s cleanest, most fuel-efficient, and most water-conserving power plant.”

Critics have questioned whether a new energy plant is needed and have said the Caithness facility would harm Long Island’s air and water quality.

After the town board vote, civic activist Jeff Kagan told board members, “I think you need to review your environmental badges.”

The town board in 2014 had granted a special permit for Caithness to build a 750-megawatt version of Caithness II. The following year, the board added the covenant restricting the types of equipment the plant could use.

What the heck is an “environmental badge?” Is it something Big Green groups hand out to slavishly obedient politicians, to remind them of who tells them how to vote? Telling board members to review their environmental badges sounds like a veiled threat of some sort, by a wackadoodle anti.

Irregardless, we wonder why the board members changed their mind. We don’t have a clue, but we welcome it!

Here’s a lot of “ifs”: IF the Constitution Pipeline eventually gets built from Susquehanna County to Upstate NY, it will connect with the Iroquois Pipeline. The Iroquois will feed this new power plant. So it’s not out of the realm of possibility that IF this new plant gets built (after checking environmental badges), it will be fed by fracked Marcellus gas from PA. Cool.

Editor’s Note: This post and another MDN article yesterday on the coming together of pipeline companies and The Nature Conservancy to develop some environmental best practices for pipeline construction both demonstrate peak fractivism is behind us. There have been signs of this for some time, but in places like New York where a corrupt governor and politically correct opposition both operate three steps removed from reality and behind the curve on the theory they’re the smartest people in the room and can’t be wrong, it has taken a bit longer.

When a town in the belly of the beast realizes a gas power plant might make sense, you know things are changing. People are moving on from the histrionics of a fractivist cause. The cause has been kept on life-support by wealthy special interest foundations (and perhaps some Russians) who saw to it they had money to make fools of themselves, but reasonable people have tired of it all. Even New Yorkers are saying “enough, already.” Andrew “Corruptocrat” Cuomo is likely to follow the moment he’s re-elected and realizes his Presidential aspirations are so much pap, unless, of course, he’s forced to resign or something.

The Nature Conservancy move to work with pipeline companies instead of adopting the posture of screeching opposition is also significant. The President of the Rockefeller Foundation is on the TNC board. That’s a member of the same family of family foundations that has been funding fractivism everywhere. They’re hedging their bets, having been caught with their hand at the wheel of the #ExxonKnew conspiracy launched by the La Jolla Junta.

Does any of this mean things have suddenly changed? No, but it does suggest fractivism has peaked and folks are returning to reason, even in New York. The screeching will continue but fewer people are listening.