Andrew Cuomo is crafty but no bright bulb. He’s looking to Denmark, for example, for help on off-shore wind, the Danes having given up on it two years ago.

There is ever mounting evidence Andrew Cuomo well deserves the “Corrupocrat” moniker we’ve given him. His cronies are being marched off to prison one by one with increasing rapidity these days. Yet, he’ll probably be re-elected governor by voters from a state where political correctness stifles any effective opposition. New York Republicans live not just in fear of their shadows but in terror of the even the penumbras of those shadows. If they had the slightest ounce of courage they’d not only be pointing out the corruption, but also the economic fall of the Empire State due to insane policies such as Cuomo’s looking to Denmark for advice on off-shore mind energy.

One of our readers sent me two articles that illustrate the point. Read together, they depict a blowhard governor who imagines he’s ahead of the curve, but is well behind it. You cannot read them and not see Andrew Cuomo’s intellect is undercharged. 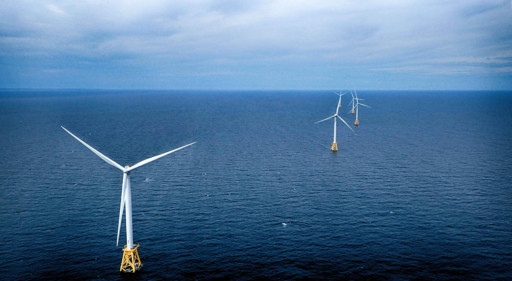 The first piece is from 2016 and appeared on a Denmark blog called The Local on May 10, 2016 with the title “Denmark to scrap green energy tariff.” Here’s the important part (emphasis added):

Denmark will scrap the “expensive and ineffective” tariff that has been financing renewable energy development since 1998, the government has announced.

An eleven percent PSO (Public Service Obligation) tariff that is tacked on to Danish residents’ electricity bills will be dropped, leaving the government with a massive financial loss that will have to be found elsewhere.

The PSO is used to finance green initiatives like wind and solar power, and its price is set quarterly by the state-owned Energinet.dk. The tariff currently stands at eleven percent…

The government will thus have to find a new way to finance sustainable energy projects when the tariff is dropped by the end of the year.

The plans were announced by Tax Minister Karsten Lauritzen and Climate Minister Lars Christian Lilleholt on Tuesday.
“The PSO tariff is expensive and ineffective. We have long believed that the rising costs are unsustainable and now it is abundantly clear that we have to find an alternative. Therefore the government is ready for a showdown over the PSO levy,” Lauritzen told Berlingske…

According to news agency Ritzau, scrapping the PSO will result in a loss of 69.2 billion kroner between 2016 and 2020 and speculation immediately began on how the government plans to make up that loss.

Business daily Børsen reported that the government may try to make up at least some of the lost funds by raising residents’ basic income tax.

The renewables to which the article refers, of course, are in the case of Denmark, are primarily off-shore wind projects in which the country has pioneered. It’s not hard to figure out, though, the Danes, like their German neighbors, made a horrible mistake. What was thought by politicians to be sustainable and a nice bone to throw to politically correct constituents turned out to be very unsustainable. When it blew up it was, as is typical, ordinary people to whom the same polls then looked to pay for the errors of their ways.

So, what is Andrew Cuomo doing? Well, check out this September 28, 2018 report from LoHud:

New York will work with offshore wind experts from Denmark as it pushes ahead with its multi-billion dollar plan to add renewable sources of power to the state’s energy grid.

The New York State Energy Research and Development Authority announced Thursday it has agreed to work with the Danish Ministry of Energy, Utilities and Climate to come up with cost-saving strategies for developing offshore wind energy off the Atlantic coast of Long Island and the Rockaways.

The agreement with the Danish Ministry, known as a memorandum of understanding, will allow state officials to tap into the expertise of the world’s third largest producer of offshore wind energy.

“In our experience, offshore wind provides affordable, reliable and clean energy, while creating scores of jobs and growing the economy,” said Lars Christian Lilleholt, Denmark’s minister of Energy, Utilities and Climate. “I hope that our collaboration will help New York to develop its abundant offshore wind energy resources.”

The $2.1 billion tab for the offshore wind plan will be picked up by ratepayers across the state, while most of the energy produced will remain on Long Island. Residential customers could see increases of as much as 76 cents a month in their electric bills by 2020.

The words of Lars Christian Lilleholt ring hollow given what the Danes did two years ago, but that’s to be expected, isn’t it. Being a green weenie means never having to say you’re sorry because your intentions are so pure, after all, and it’s intention and feelings that count in their world, not facts. But, Andrew Cuomo, who tries to portray himself as a practical extremist, ought to know better. Bringing in as “experts” the folks who screwed it up so badly and admitted it two years ago, plants Corruptocrat well behind the curve as he parades around as if he was leading the way around the bend to a new tomorrow.

The fact Andrew Cuomo doesn’t know better (or simply doesn’t care) ought to alarm New Yorkers. But, I don’t expect many of them to give a damn. Too many live in Manhattan where the luxury of energy without consequence is the order of the day and political correctness is the only thing that matters.