Biomass is yet another example of a renewables scam propped up by a whole host of indirect ratepayer and direct taxpayer subsidies to special interests.

Over the years, our posts at MasterResource have documented the environmental problems of wood/plant/garbage-generated electricity, as well as opposition from environmental groups. Biomass is “the air pollution renewable.”

Last summer, Kennedy Maize documented the lost luster of government-enabled waste-to-energy power plants, such as the Wheelabrator plant near Baltimore and the Detroit Renewable Energy plant. 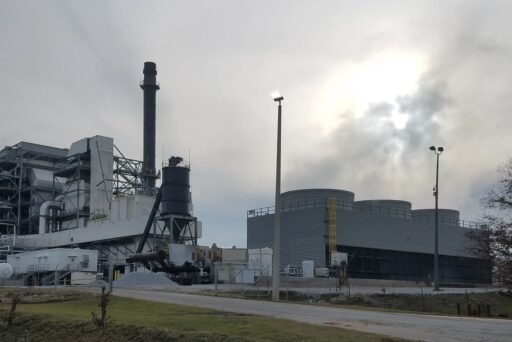 Many local governments had long incinerated garbage to reduce volumes flowing to landfills, but that provoked public opposition due to air pollution. With PURPA, developers began seeing a way to incinerate garbage in a technologically and environmentally sound fashion, generate electricity, and use the new law to force electric utilities to, reluctantly, buy the output.

That was the waste-to-energy story, another failure in the long quest of government policy to make the uneconomic economic.

In Power magazine this month, Jim Romeo updated the decline of this uneconomic (vs. natural-gas combined cycle) and air emissions renewable alternative. “Is Biomass Dead?” begins with the story of the 50 MW Covanta Biomass Plant in California, “once a crown jewel for the prospect of sustainable energy in California.” Closed since 2015, this plant will be joined by like facilities that are retired or soon will be.

Citing the Energy Information Administration, Romeo notes that power from biomass and waste totaled 2 percent of total U.S. electricity generation, down from its peak in 2014. Subsidized wind and solar too are pushing out biomass.

Then comes the open question of carbon dioxide reductions. “From an environmental perspective, biomass energy faces greater challenges than other renewable resources due to the ongoing controversy surrounding the question of whether CO2 emitted from combusting biomass is … ‘carbon neutral,’” noted one environmental attorney quoted by Romeo.

Biomass remains “workable,” Romeo concludes. But the energy landscape is littered with technological viable generation that failed the economic test. Remove government subsidies, and biomass, industrial wind turbines, and on-grid solar will all but become become relics as well.

Editor’s Note: That last paragraph says it all; renewables advocates are forever promising things are “workable” but, somehow, it’s always down the road. For another example, check out this story misleadingly titled “Vineyard Wind faces unexpected permitting delays, pushing 2022 start date for 800 MW offshore project” and then read the last line of this third bullet point (emphasis added):

The developer had previously committed to its original deadline despite permitting delays from BOEM, saying they were built into the 800 MW project’s timeline — BOEM’s previous permitting timeline would have led to a final EIS by June 7, 2019. According to a spokesperson, the company needs more time to analyze construction estimates given the new timeline.

Ah, yes, more permitting time requested by the applicant to deal with costs. Isn’t that interesting? Meanwhile, the same game is being played in Europe with a headline of “Renewables provided record 35% of EU power in 2019 as coal collapsed,” but a chart that shows this: 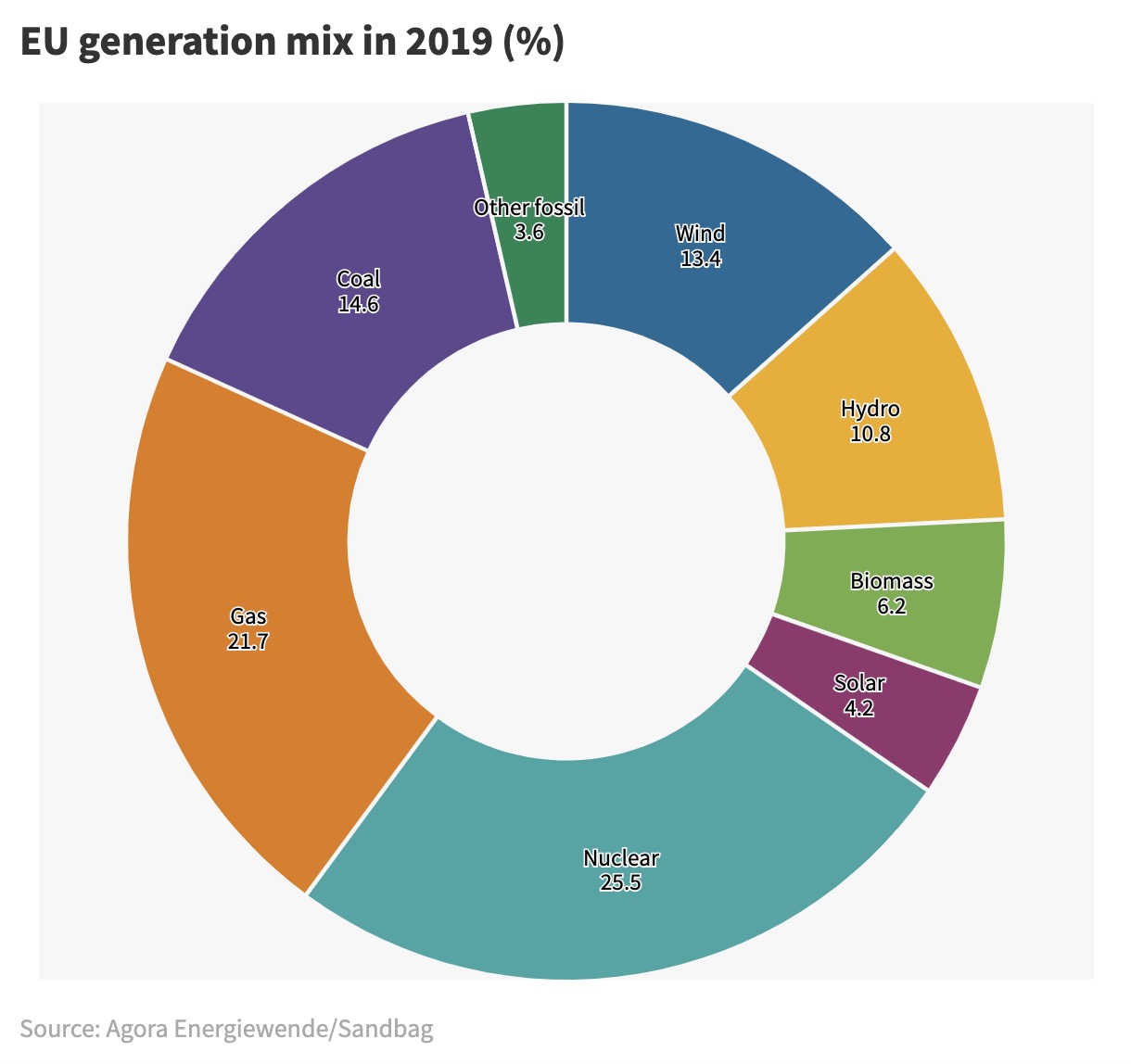 Yes, solar and wind account for 17.6% of electricity generation over there, compared to 21.7% for natural gas. Forget about hydro and biomass—neither offers any hope of major expansion in dense Europe where no one wants anything next to them—and Germany has made a pact to get off coal and nuclear, leaving natural gas as the only real option for meeting dispatchable energy needs. Yes, the future belongs not to biomass, hydro, solar or wind, but, rather to natural gas that one hopes we’ll be able to sell them.

3 thoughts on “Biomass, Like So Many Other Renewable Scams, Can’t Make It on Its Own”