Bill McKibben believes the “fossil fuel bubble” is ready to burst and is overvalued; however, he is gambling that he can change the market.

Investing is really a gambling game. You are placing you’re your money on a bet and a series of strategic steps. If you weigh the odds, and your own instincts, you can stand to win big or lose big. 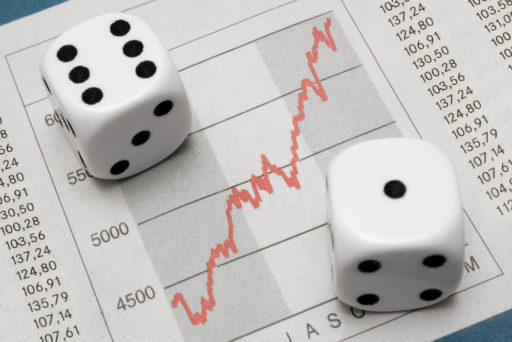 I tend to stand in the class that believes gambling is a game of skill.  If it were more luck-based, then I would win a hand from time to time; despite being named Kenny Rodgers (poor Gambler reference I know). Investing is a skill-based game as well. Understanding the market, what other players are doing, and a bit of luck, you can win and increase your future investments. When you are on a solid winning streak, and the market is continuously reinforcing your strategy, you tend to stay at the table.

The marketplace is susceptible to influence when collusion and unfair practices reign unchecked and we are seeing this happening now based on flawed ideology. Recently, Bill McKibben, a 350.org founder and radical tyrant who often supports extremists as covered here, wrote an op-ed on in the NY Times on how investment in fossil fuels should come to a halt. Claiming fossil fuels are a bubble ready to pop, he advanced the premise the only truly safe investment was in renewables. McKibbenp, in fact, has been pressuring investors everywhere to pull out of the fossil fuel markets.

The World Bank announced its divestment in oil and gas at a recent Paris conference, claiming to end investment by 2019. It said it would keep a few lines open for poor, developing countries, but the majority of the 1-2% of the bank’s $280 billion portfolio now invested in oil and gas would refocused on climate action. The World Bank and the French President, Emmanuel Macron, hosted the conference, “One Planet Summit.” It’s a symbolic move, in other words, intended to make the haughty Europeans feel good about themselves while punishing the U.S. for withdrawing from the Paris climate accords. 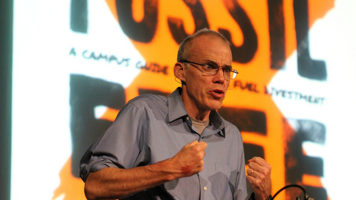 McKibben, however, solidified my hypothesis regarding the undue influence of political ideology on markets when he said:

“Sometimes it takes years of hard work for this kind of activism to pay off. Mr. Kretzmann and his colleagues at Oil Change International have been working on World Bank financing for a decade. Indigenous campaigners in Canada have been attacking the financial roots of the tar sands for at least as long. The nonstop divestment campaigning of recent years has built enormous political pressure for change. And according to one recent study, divestment announcements may have caused at least short-term damage to the share prices of fossil fuel companies.”

These activists have shifted their use-of-force tactics to market manipulation. He even mentions how New York City Public Advocate (taxpayer-financed radical), Letitia James, is calling for the city’s pension fund to divest from oil and gas; not that New York City leadership ever gave a damn about improving the state of that investment. 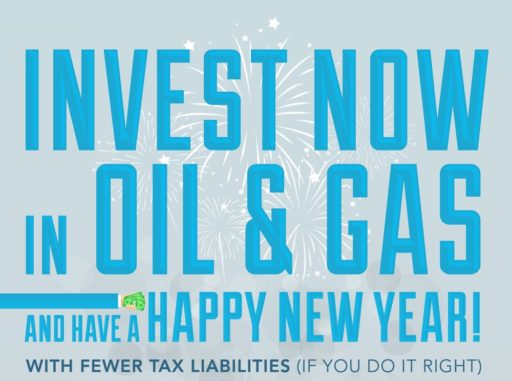 Ronald Bailey, over at Reason Magazine, nails what the ideologists keep missing: free markets are the votes of consumers about their future. He rightly states that as long as people want to buy oil and gas (or depend on it) companies will invest in that future. A bright future it has, too, as he states (emphasis added):

“In 2015, fossil fuels accounted for 83 percent of all energy consumed. Oil made up 33 percent of that total, natural gas 23 percent, and coal 27 percent. The Energy Information Administration (EIA) projects that fossil fuels will still account for 77 percent of global primary energy consumption in 2040. By then the agency expects humanity to consume 28 percent more energy than we do today. As a result, the EIA projects that global oil consumption will increase by 15 percent and natural gas by 41 percent, while coal consumption will essentially remain flat.”

The market should remain free and without undue influence by Rockefeller family special interests and political hacks such as McKibben. This is the entire reason renewables are improving so slowly. They’ve made gains  and prices are slowly dropping, but they’re not sustainable gains because we’re subsidizing them at rates that could never be supported if everyone went solar, for instance. We have to remind ourselves that forcing a market isn’t going to improve investment in solar panels or make them ultimately competitive. What McKibbon and his cronies are doing is making a heavy short sale bet; very Martin Shkreli-like.