Bill McKibben may be the world’s premier charlatan, a Rockefeller hired gun and phony man of reason, who just loves giving the wink and nod to extremists.

Last week’s trial against the three “valve turners” who temporarily shut down two Enbridge Energy pipelines was supposed to be the “holy grail of climate activism” because these were the first climate activists granted permission to use the necessity defense during trial. “The whole planet will be inside a single courtroom the day this trial begins,” crowed Bill McKibben, the titular head of the “Keep It in the Ground Movement.”

Instead, the judge dismissed the charges against Emily Johnston and her co-conspirators before the defense could even make their opening statement. No one was more disappointed by this “victory” than McKibben.

Within hours of the stunning ruling, The Los Angeles Times published an op-ed by McKibben in which he declared “our political system is not working” and called for “climate civil disobedience” to address climate change.

Throughout his career, McKibben has consistently rejected violent protests and the destruction of property and instead advocates for civil disobedience that reflects the “peaceful protest during the civil rights movement,” as he wrote in his op-ed. But the decision by the valve-turners to simultaneously shut down oil pipelines in five states was not a “peaceful protest.” This multi-state eco-sabotage had the potential to cause “death, injury, and economic and environmental harm,” according to the U.S. Department of Transportation, which issued an Advisory Bulletin immediately after the crimes were committed. 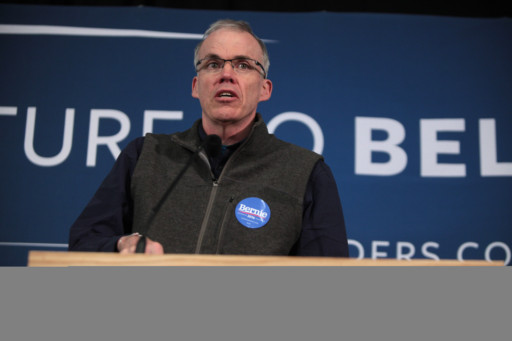 By describing the valve-turners’ acts of eco-sabotage as justifiable “civil disobedience” worthy of a necessity defense, McKibben is unwittingly playing a central role in the “Decisive Ecological Warfare” campaign created by the extreme eco-terrorist organization, Deep Green Resistance (DGR).

DGR is a big supporter of the necessity defense in cases of eco-sabotage. In fact, it is central to their mission to “disrupt and dismantle industrial civilization.”

In their violent manifesto, “Decisive Ecological Warfare,” they call on “well-organized underground militants” to take “actions against pipelines, power lines, tankers, and refineries,” and urge “aboveground” activists to “use the occurrence of sabotage to criticize those in power for failing to take action on critical issues like climate change [and] argue that sabotage would not be necessary if civil society would make a reasonable response to social and ecological problems.”

There’s even a card-carrying DGR representative actively involved in the necessity defense movement.

Michael Bucci, the campaigns coordinator for the New York chapter of DGR, was arrested in Montrose, New York in 2015, with his co-conspirators—collectively known as the “Montrose 9”—for blocking construction of the Algonquin pipeline. They had committed their crimes in hopes of becoming the first climate activists permitted to use the necessity defense at trial, a hope that never materialized.

According to its website, Deep Green Resistance New York “is focused on dismantling industrial infrastructure.”

“DGR NY is an aboveground organization,” they wrote, “but we are unique in our support for smart and strategic underground resistance. Part of our work as the aboveground is to normalize this decisive action.”

According to the DGR handbook, these “aboveground” activists should “vocally support sabotage when it occurs [and] push for acceptance and normalization of more militant and radical tactics where appropriate,” just as DGR NY has pledged to do.

And, McKibben is playing right along by normalizing attacks on critical infrastructure and calling for more such “civil disobedience.” It’s all too likely that at some point in the near future when extreme activists choose to take “actions against pipelines, power lines, tankers, and refineries” in the name of necessity, innocent lives will be lost. And no spin on Earth will normalize that.

Editor’s Note: Bill McKibben’s schtick is to utter soothing nothings about the need to follow him on his crusade, but when we look closely at what he says and how he reacts to extremism and violence, what we see is a man who loves it, encourages it and wishes he could participate. He’s green for sure—green with envy. The Rockefeller’s pay for his schtick and he’s part of Fractivist Rasputin Jay Halfon’s circle of mischief makers. He’s a total charlatan. Check out this post and video to see what I mean.