The global order is changing as a result of shale gas and the export of liquified natural gas (LNG) is about to accelerate the change, placing the US in an enviable position of leadership in a new worldwide energy economy.

Some stories are so full of groundbreaking ideas that I can only recommend everyone read all the article in Foreign Affairs this week by Amy Myers Jaffe and Ed Morse. Morse is Chief Commodity Strategist for Citibank and makes a rare London conference visit to the FT Global Shale Summit next month in London.  Even Josh Fox is on the menu at that one, and the likes of Ed and Christof Rühl and Charif Souki will eat him up.

Amy Myers Jaffe is now at the University of California, but formerly of Rice University in Houston.  She has a proven track record in being literally years ahead of the curve. Put them together and this is blue sky thinking at its best, all the better for being true. 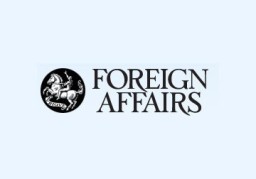 The conventional wisdom has been that US exports of LNG won’t happen because of opposition from the likes of Dow Chemical, who are worried that prices will go up and destroy their recently found advantage in manufacturing chemicals. Morse and Jaffe, throw caution to the wind. Not only is there plenty of gas to replace coal, create a natural gas vehicle industry and transform the chemical and fertilizer industry, they feel there is plenty to share with the rest of the planet. Even better, they describe how positive that will be not only for the United States, but also for the world:

As the production of unconventional oil and gas in the United States rises — and as the United States increasingly exports that energy — the world’s economic map will be forever changed. The power of today’s petro states, such as Iran and Russia, will continue to wane. More and more, the United States will be the stable, competitive source of choice for gasoline, diesel, natural gas liquids, and, soon, liquefied natural gas (LNG).

At yet another Global event (the term is becoming a bit devalued conference organizers!), the Global LNG Congress in London next week, I’m sure the conventional LNG wisdom may choose to ignore the bad news, because it’s even worse news for the high priced LNG model. Sometimes reality just needs to be sidestepped, but the day of reckoning is coming sooner than many LNG exporters wishfully think.

…for most of the last decade, North America has not sent much of its unconventional energy outside the region. Over the next half decade, that will change. Commercial motives are the main reason, but demand from U.S. allies such as Japan and South Korea, who want to trade in oil as part of their security relationship with the United States, is also driving the charge. By 2020 or shortly thereafter, barring political barriers, the United States will likely be a net exporter of energy. North America as a whole surely will be.

The more LNG that flows over U.S. borders, the harder it will be for one of the world’s other major exporters — Russia — to use natural gas as an instrument of foreign policy, tying delivery to political objectives, as it has in Ukraine and, by implication, in all of Europe. Increased U.S. LNG exports combined with shrinking oil imports will also limit OPEC’s ability to control prices, as it has for the past half century.

Jaffe and Morse have an optimistic view, mirrored in Washington by the way, that US energy exports will serve the United States not only economically but politically. A few years ago, a senior State Department official told me the US interest in promoting shale energy internationally was political, not commercial. 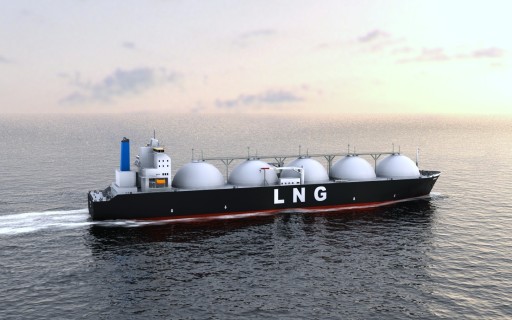 But, commercial is nice too, and a senior Commerce Department official told me last year that the US was “dumbstruck” that Europeans were giving up the massive shale competitive advantage to the US. That message has finally gotten through to the EU and contrary to what the UK right would have us believe, it’s Brussels that finally pushed the UK to embrace shale, in word, if not yet backed up with as many drilled deeds as we need to see.

Something else I’ve been saying all along is that shale gas won’t change everything. It’s more important than that. Like this for example:

The result of a free energy trade policy could be an extraordinary uplift in U.S. power and influence well into the twenty-first century. Its long-standing vision of free trade, open global investment, and capital flows, which were somewhat battered by the 2007-8 financial crisis, will recover. After 40 years of politicized oil and gas markets following the OPEC oil embargo of 1973, the U.S. vision of a depoliticized free trade world is suddenly possible again — at least for the energy sector, which is by far the largest sector of the global economy in terms of volume and value.

This next part started switching the lightbulb on. Countering the accepted wisdom of high US price fears preventing exports, we see this is a North American issue, based on the huge resources of both Canada and the US:

It is true in principle that higher demand tightens markets. And, all other things being equal, it puts upward pressure on prices. But the U.S. market does not operate that way. First, U.S. production could almost certainly rise at least another 25 percent, keeping prices close to today’s rather reasonable levels. Beyond that, the U.S. market is not isolated from the integrated North American market. The fact is, booming production in Pennsylvania has already resulted in lost market share for natural gas producers in the U.S. southwest, who have, in turn, pushed Canadian oil and gas out of the U.S. mid-continent — all with no significant impact on overall North American prices. As the United States begins to sell LNG abroad, it will open its own markets back up to Canadian supplies, allowing a shift in sales to the most efficient geographical buyer. That will significantly mitigate any higher prices at home that would follow more exports, bringing a higher optimum revenue stream for both Canadian and U.S. producers, with positive results for employment and consumer spending in both countries.

I’ve described before how Canada’s lost markets in the US have been an even greater problem for them than for US Mid-Continent and Gulf Coast producers who have lost their markets to Marcellus Shale gas. Jaffe and Morse see Canada gas as a safety valve. 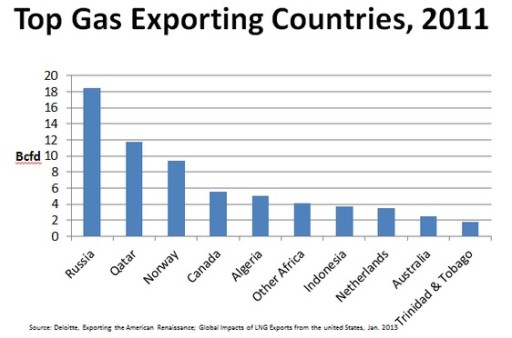 The other issue revolves around the next US export quandary, one made easier with each new barrel. Should the US export what has been unthinkable since the 1950’s, namely oil?

U.S. LNG exports are just the first step in removing the politics from global hydrocarbon trade, since what is unfolding in global gas markets could also unfold for global oil markets. And with light sweet crude becoming superabundant on the U.S. Gulf Coast, exports of oil are bound to become a hot topic a year from now. With that in mind, the United States should think carefully about the kind of exporter it wants to be, promoting free trade and investment wherever possible, with no political strings attached. Undoubtedly, as shale gas and shale oil bring down energy prices for the world as a whole, countries that depend on hydrocarbon revenue will need to adjust. Although difficult, that adjustment will ultimately leave them better off as they free themselves from the natural resource curse of corruption and violence. As protests across the Middle East have so dramatically shown, the current energy economy has not produced successful and politically sustainable societies in the oil-rich developing world. One hopes that the United States–led energy economy will do better.

3 thoughts on “The Big Picture on Shale Gas”