Natural gas development in the eastern U.S. faces several big issues about which I recently spoke during an interview with the Bakken Oil Business Journal.

Representatives from the Bakken Oil Business Journal called me a few weeks ago to get a perspective on what’s happening with natural gas development in the eastern U.S.. I was happy to oblige and answered a number of questions. I encourage readers to check out the full story here, but, as a teaser, let me tell you what I told them some of the big issues were. 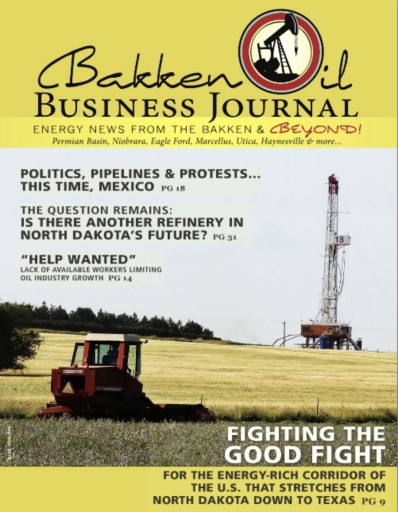 What are some of the big issues facing the energy industry in your part of the country?

1.  Getting pipelines into metro markets. Cities are where the demand for gas are the highest and the understanding of the need and benefit is least appreciated. Urban residents get enormous air quality and economic benefits due to clean inexpensive gas (NYC and NJ being prime examples) but knowledge of issues is non-existent and both NIMBYism and political correctness are the order of the day. Too many urbanites imagine heat comes from the thermostat and expect someone to provide it for them without any pipelines.

2.  Classic NIMBYism on all gas infrastructure. This includes not only pipelines, but also gas plants that are essential for dispatchable baseload generation even if one believes we need to go renewable as fast as possible. Oil and gas battles are essentially land-use battles and have to be fought as such.

3.  Political correctness and virtue signaling. There is a strong desire in urban areas to conform with prevailing PC attitudes and, among the well-off there is a psychological need to assuage guilt for having done (in their own minds) undeservedly well. They need to show they’re as virtuous as those who have left them their wealth or contributed to it. The easiest and cheapest way to virtue signal without having to surrender wealth in the manner of St, Francis is to lend their moral support to supposedly virtuous (PC) causes. It’s the trust-funder problem. Combine this with a total lack of understanding of what it means to own land, pay property taxes and try to earn a living off it, makes for very difficult politics in the short-term.

4.  Ideology. Many of the useful idiots of the fractivist movement are true believers who can’t be bothered with issues of practicality. Oil and gas faces the reality that arguments can seldom be won with facts and logic. Winning demands imagination and employment of emotional arguments the industry is uncomfortable. The industry is full of business and engineering types who are wholly practical in their thinking and don’t know how to fight ideological battles. They never really had to do it in places such as Texas, Oklahoma and North Dakota, but in places such as New York one must play hardball and fight with the same imagination and emotional arguments the other side uses. The industry has had to adapt to this and it has been extraordinarily difficult for some who’ve never played in this arena. Others have learned one has to fight to win.

5.  Special interests. Most of the funders of fractivism (the big non-profit foundations) have special interests. Chris Heinz, of the Heinz Endowments that has financed numerous fractivist initiatives id invested in Ukranian oil and gas development. Steven Clark Rockefeller is invested in Chinese LNG and petrochemical stuff. Warren Buffett is invested in oil trains. The Simons family (Sea Change Foundation) is invested in “clean energy.” Google has used huge government subsidies to finance its Ivanpah solar boondoggle. All have used their foundations to slow down US oil and gas development and/or pipelines in the interest of benefitting their competitive ventures.

6.  Making Wildernesses. The Rockefellers, in particular, but also the Park and William Penn Foundations, have financed fractivist enterprises to discourage oil and gas development in areas they would like to turn into parks that buffer their own land holdings and expand playgrounds for the rich. Oil and gas development means higher land values and strengthened economies that make land acquisition strategies much pricier and more difficult than is the case if local economies die and areas such as Upstate New York are simply abandoned, as is often the case today. Land acquisition for open space is also a profit center for some non-profits who buy the land on the cheap using loaned state funds, then turn around and donate conservation easements and/or land to the state at inflated appraised values. Oil and gas development destroys these scam opportunities in many cases and this is at the root of much of the NRDC’s fractivist activity, this group being a Rockefeller organization for all practical purposes.

Please check out the full story here. The Bakken Oil Business Journal is a great resource.

2 thoughts on “What Are the Big Issues Facing Natural Gas Development in the East?”