An incoherent Joe Biden tried hard to have it both ways on fracking at a Pennsylvania town hall. And, that wasn’t even the worst of it.

Joe Biden was against fracking. Then, he was for it. Now, he says he’s for and against it. That much became obvious in the carefully scripted town hall CNN just did where all the questions were submitted in advance. It didn’t matter. Biden bungled it badly in trying to have it both ways but also demonstrated his complete ignorance on energy issues, relying only upon reactionary talking points someone fed him and which he couldn’t keep straight. 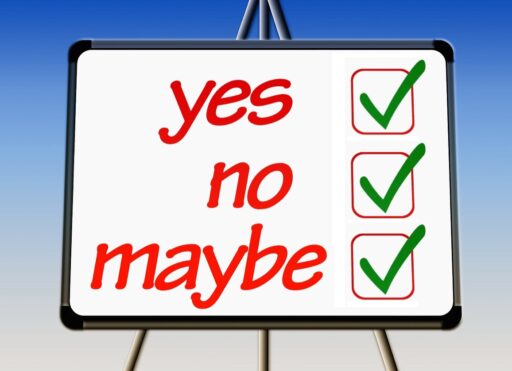 Here is the relevant part of the Biden town hall transcript relating to fracking (emphasis added):

TOM CALPIN, BUSINESS AGENT FOR IRONWORKS UNION: Good evening Mr. Vice President, Mr. Cooper. With the abundance of natural gas in northeast Pennsylvania. Do you support the continuation of fracking safely and with proper guidelines, of course, and growing the industry (INAUDIBLE) additional jobs to our region?

BIDEN: Yes, I do. I do. In addition to that, we can provide for right now as you know, for thousands of uncapped wells because a lot of companies gone out of business, whether they’re gas or oil facilities, we can put to work right away 250,000 people from iron workers and other disciplines, making union wages. Capping those wells that are leaking methane and their danger to the community.

COOPER: Let me just follow up on that. You said you won’t ban fracking but did you wanted to gradually move away from it ultimately. It sounds like to some of you’re trying to have it both ways that that I mean, politically, it’s understandable why you might say that but it — if fracking contributes to climate change, and climate change is an existential threat. Why should it fracking continue at all?

BIDEN: Well, fracking has to continue because we have transition, we’re going to get to net zero emissions by 2050. And we’ll get to net zero power admissions by 2035. But there’s no rationale to eliminate right now fracking, number one. Number two, those jobs that are out there, whether it’s a IBW (ph) worker, or whether it’s an iron worker, or a steel worker. What I’m proposing is that, you know, when Trump thinks about global warming, he thinks hoax. When I hear global warming, I think jobs. What I’m going to make sure we do is we could transition in a way for example. We’re going to build 500 — the reason why all these unions have endorsed me is that they know my position, that I’m going to make sure that we have 500,000 charging stations in our highways so we can all the electric car market, creating a million jobs and we can lead the world. And in Detroit, we can lead the world and making sure we move to electric vehicles

As president of United States, I’ll have one of the largest fleets — we spent $600 billion a year federal money for federal contracts, I got to make sure they’re all those contracts are all products made in America, including the chain that provides for every one of those products. I’m going to do away with the tax break that the President gave people who send jobs abroad, to make sure that if you in fact, have a contract, if you with taxpayers my money, you must use American products, you must buy American products, and you must not be in a position where you’re exporting. We have 25 — we have over 50% more people moving jobs overseas as a consequence of these contracts, so it’s all backwards. And this is going to provide a lot of good paying jobs for people in the trades.

The first two bolded sections are simply incoherent; a bumbling attempt to get in some talking points so as to simply avoid having to say “yes” or “no.” What exactly did he mean by capping wells because “because a lot of companies gone out of business” anyway? Does he even know? Does he suppose wells are just abandoned today after starting to produce oil or gas? Is he talking about old wells? If so, what does that have to do with allowing or not allowing fracking? Or, did he make a Freudian slip revealing his desire to end fracking altogether while trying to make others believe he would support it? It’s impossible to make any sense out of his remarks.

And, then, after Anderson Cooper challenged him to more clearly signal his green virtues, he threw in the “right now” qualifier, followed by the requisite “green jobs” pablum that amounts to nothing compared to oil and gas. There’s only one appropriate response and that is “Come on Man, we know where you stand even if you don’t.”