Instead of an October surprise, I want to discuss an October non-surprise. The fact that the energy and climate plan put forward by Democratic Presidential hopeful Joe Biden, and his running mate, Sen. Kamala Harris (D-Ca), will shut down the oil and gas industry, in the process dampening American’s economic prosperity and making our country’s energy system beholden to China. 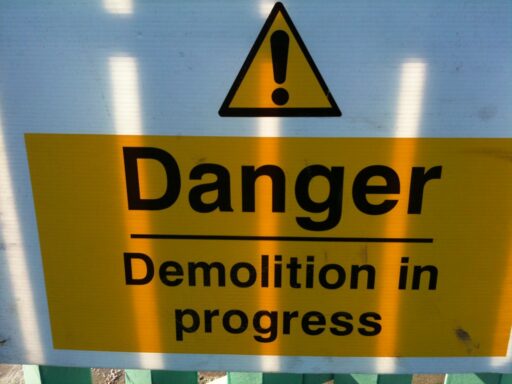 If Biden and Harris get their way on energy, more Americans than ever will be out of work, energy costs nationwide will soar, government revenues will fall, and America will cease to be energy independent, becoming once again subservient for our energy supplies to whims and geopolitical goals of foreign dictators and potentates. Talk about all trick, no treat!

As detailed by my Heartland Institute colleague Justin Haskins, Biden and Harris continually flip-flop on the campaign trail, concerning the true intent of their energy and climate plans.

When speaking to climate activists, young people, and Bernie Sanders supporters, all constituencies whose votes they need to win the election, Biden/Harris openly admit to ending fossil fuel use and fracking.

By contrast, when they are in oil and gas producing swing states, like Pennsylvania and Ohio, states in which fracking-induced oil and gas production carried the economic recovery over the past decade, states with high paying union oil and gas jobs, they say they are not going to ban fracking and fossil fuel production–and brazenly and falsely claim they never said they would.

Instead, they claim that what they meant to say was that by 2050 at the latest, they would “transition” the U.S. energy system away from fossil fuel use, in part by immediately ending fracking on public lands.

As Haskin’s points out, the Biden/Harris energy plan was written by the most radical, progressive wing of the Democratic party, including Harris, herself, who co-sponsored—not merely supported—Rep. Alexandria Ocasio-Cortez’s (D-NY) socialist Green New Deal, which would end meat eating, air travel, and personal control over peoples’ homes, cars, and the appliances they use.

These are the people that have said the world will end in 12, now 10 years, if we don’t stop using fossil fuels worldwide in order to prevent climate change, which they assert is an “existential threat” to the entire human race.

Biden and Harris would end that prosperity and independence. Biden/Harris have said they will end fracking on public lands. Does that mean ending future lease sales, or does it, as the statement implies, mean rescinding existing leases and halting current production?

The former means oil and gas production and revenues from public lands will decline. This will increase energy prices and result in more energy dependence on oil from OPEC dictators or so-called green energy technologies, a market China dominates (maybe Hunter Biden can cash in on this). It will also result in a drop in revenues to the federal government since oil and gas production on federal lands and offshore are the second largest single source of revenue for the U.S. Treasury behind only income taxes.

Even worse, if we take Biden and Harris at their word, and end fracking on public lands now, it would not just harm our economy and make America energy-dependent once again, it would also open the taxpayers up to making billions of dollars in “takings” payments, as compensation for leases cancelled and existing operations being forced to close down.

Biden/Harris’s climate/energy plans would put the hundreds of millions of workers in chemical and concrete manufacturing, coal, gas, mining, oil, refining, steel manufacturing, and associated industries out of work. All those industries either produce coal, gas or oil, or use fossil fuels in the manufacture of their products. Not to mention the jobs lost at gasoline stations and convenience stores, and in the trucking, rail, and pipeline industries, which transport the fuel, and all the jobs that rely on selling goods and services to all the people working in fossil fuel related fields.

Never fear, say Biden/Harris, we’ll create millions of new “good paying” jobs in the green energy field. What they are in a sense saying, is they’ll destroy the well-functioning, reliable, relatively inexpensive energy system we currently have, and replace it with one modeled on California’s energy system (Harris’s home state) with its repeated blackouts and power failures and energy prices both for electricity and transportation more than forty percent higher than the national average.

Almost every wind and solar power job exists only because of billions of dollars in federal and state government subsidies, tax breaks, and loan guarantees. And, contrary to Biden/Harris’s claims, these green jobs don’t pay that well when compared to the jobs their energy plan will destroy. Indeed, the Bureau of Labor statistics reports the average solar installer makes between $12.00 and $15.00 per hour. By comparison the average coal miner makes more than $23.00 per hour before overtime, and the average pipefitter, driller or extraction worker makes between $25.00 and $31.00 per hour before overtime.

Finally, when going to the polls, voters should consider the gross inefficiency of Biden/Harris’ energy scheme. As energy analyst Paul Driessen has pointed out 398,000 natural gas workers produced 33.8 percent of all electricity generated in the United States in 2016—and 160,000 coal employees produced 30.4 percent. By comparison, it took 374,000 solar workers to produce less than 1 percent of total electricity and 100,000 wind employees to produce 5.6 percent of total electricity in 2016. That means “producing the same amount of electricity requires one coal worker, two natural gas workers – 12 wind industry employees or 79 solar workers,” Driessen writes.

As on so many other policy issues, there is a clear choice between the Trump/Pence ticket on energy and climate and the Biden/Harris ticket. The former would further secure America’s energy independence and continued economic growth; the latter would make us go hat in hand to China, the Middle East, Russia, and Venezuela to meet our energy needs, and suppress economic growth in the hopes of controlling the weather 100 years from now. Think about this when you vote, so you can afford to keep the lights on during Hallowe’en festivities next year.