…
[Editor’s Note: The Biden Administration is moving really fast to destroy America’s energy independence and bankrupt the country at the same time.]

Congress just spent $1.9 trillion on what was billed as a stimulus package and now President Biden says he needs another $3 trillion for infrastructure and his carbon-free goals that he touted on the campaign trail. The new package may be split into two separate bills with the first focusing on infrastructure and spending on manufacturing and climate change measures, broadband and 5G, and the nation’s roads and bridges, i.e., Biden’s “Build Back Better” program.

The United Nations has been pushing governments to “Build Back Better” for a year, and has demanded governments undertake “six climate actions,” using the Covid-19 crisis as an “opportunity” to meet their goals. The question is whether all this spending will get positive results for it will certainly hurt generations of Americans to come, who will have to pay back the debt and incur much higher energy costs. 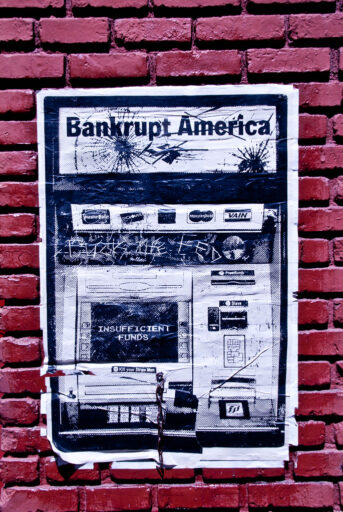 Biden indicated on the campaign trail that he needed $2 trillion for his climate program. But that is not even close to the true cost in terms of overall economic consequences. For example, it would cost at least $5 trillion to build enough wind, solar, and battery systems to replace all the power plants that currently burn natural gas and coal—over 60 percent of the nation’s electricity generation.

And, that money will have been spent to produce the same quantity of the same product—kilowatt-hours of electricity where the capital costs of most of that technology has already been paid. That kind of spending is the opposite of improving society’s productivity because it entails paying for something new that has already been paid for. Biden’s program could create jobs, though those jobs will tend to be lower paying than many of the jobs the program will be displacing. And those new jobs will go toward producing the same output, which, sadly, is negative for economic growth.

A big part of Biden’s program is to use renewable energy to achieve net zero carbon emissions. But that program is not realistic. Renewable energy depends on fossil fuels for every step of their life cycle. Renewables cannot substitute for fossil fuels in either transportation or in manufacturing because they cannot generate the high heat needed to smelt and forge metals, ceramics, solar cells, and the other components needed to make “green energy” products.

For example, China controls 80 percent of the world’s polysilicon production, and its most productive region is in Xinjiang, where cheap coal is used to make this essential product for solar panels. Without transportation and manufacturing, renewables cannot manufacture themselves no matter how much electricity they produce. In addition, there are not enough rare earth metals, platinum group metals, steel, copper, and other metals needed for renewables to replace the world’s consumption of fossil fuels.

To generate just half of U.S. electricity with wind would require 1,095,000 two-megawatt wind turbines, each of them requiring 1,671 tons of material, including 1300 tons of concrete, 295 tons of steel, 48 tons iron, 24 tons of fiberglass, 4 tons of copper, and rare earth metals that China dominates: 0.4 tons of neodymium and .065 tons of dysprosium. In addition, billions of tons of materials would be needed for transmission and hundreds of square miles of backup utility-scale batteries.

Wind and solar provide less electricity for their investment than other dispatchable technologies. Between 1965 and 2018, for example, the world spent about $2 trillion for nuclear and $2.3 trillion for solar and wind and received about twice as much electricity from nuclear as it did from solar and wind. Further, the land requirements for the wind and solar power are immense. If the United States were to generate all of the energy it uses with renewable energy, 25 percent to 50 percent of all land in the United States would be required compared to today’s energy system, which requires 0.5 percent of land in the United States.

Further, to get to net zero carbon emissions throughout the energy system by 2050 will mean more expensive and less reliable electricity, as more electricity is used for electric transportation. The United States will almost have to double the grid to replace all the oil used on U.S. roads.

In Texas, there was a huge loss of generation from the state’s wind farms during the freeze that occurred in February. If the state had invested in winterizing its natural gas units rather than investing in wind power, there would not have been an outage. Coal and natural gas units can be called on when they are needed; intermittent solar and wind power can only be used when the wind is blowing and the sun is shining. Further, since wind is unreliable, Texas needs enough reserve power that is available when needed.

While Texas is planning to build the world’s second biggest battery-storage system for the next weather-related outage, the planned battery storage system will be able to store just three minutes of the electricity produced by Texas wind farms. Again, the expense of the battery storage system will not be sufficient to ward off another weather-related mishap, but will cost Texans dearly, precisely because they have pushed inherently intermittent sources into their grid.

Biden is apparently going ahead with his climate and infrastructure program, requesting trillions of dollars from Congress that generations of Americans will have to repay to build new power generating plants that do not need to be replaced, and causing a negative impact on the U.S. economy. Investments in wind turbines and solar panels divert resources from more reliable and efficient fossil fuels and nuclear power that have produced unprecedented prosperity for the United States and the world. China and Mexico have recognized this and are not falling in the renewable energy trap that Biden is pushing for the United States.