Preet Bharara is an ambitious guy. He’s already put the Democratic leader of New York’s General Assembly and the Republican leader of its State Senate away, he’s hot on the trail of Andrew Cuomo and his henchmen and now he gone after New York City’s commie Mayor Warren Wilhelm, Jr. a/k/a Bill deBlasio. He is also getting ever closer to the heart of the fractivist con game with revelations about the role of a firm known as BerlinRosen in getting the Mayor (himself a big-time fractivist) elected and all that has followed. 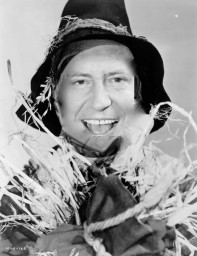 The election of Bill deBlasio was a fateful decision on the part of the naive voters of the Big Apple, a city well on its way to becoming the Big Rotten Apple again after decades of turn-around making it, arguably, the greatest city in the world. I wrote a post about this very strange man over two years asking “Does Mayor DeBlasio Have A Brain Or Is He Just a Fracking Scarecrow?” He was a committed fractivist from the start despite overwhelming evidence of the benefits of natural gas (now mostly produced by fracking) to New York City residents and their health. It turns out his administration also seems to every bit as corrupt as his that of his nemesis, Andrew Cuomo and both are now under Preet Bharara’s gaze.

New York City corruption is getting as much attention as Albany’s these days and a story in the New York Post revealed the name of a political consulting and lobbying firm known as BerlinRosen Public Affairs that is being investigated as part a probe of the Mayor’s activities. The article also mentioned a union employee who had gone off to work for Attorney General Eric Schneiderman and Karen Hinton, whose link to the fractivist con game (and Chevron shakedown attempt) as well as Andrew Cuomo raised questions we addressed here quite some time ago. Two of our super-alert readers here at NaturalGasNOW quickly picked up on the name of BerlinRosen and started sending me material.

It turns out BerlinRosen is one of the links among so many of the players of the fractivist con game. The firm, named for founders Valerie Berlin and Jonathan Rosen, has been profiled by Activist Facts, which tells us the following:

…the firm claims as clients some of the most radical hitters in the Democratic Party and the professional Left: New York Mayor Bill de Blasio, the Chicago Teachers Union, Food and Water Watch, the New York State Trial Lawyers Association, the United Food and Commercial Workers Union, and the Service Employees International Union (SEIU) have all retained the firm.

The left-wing political consultancy specializes in the creation of front group campaigns, especially on behalf of labor unions like SEIU. The firm rose to national prominence as the chief organizational force behind SEIU’s campaign of “fast food strikes,” demonstrations that relied heavily on Berlin Rosen and other professional Left organizations to make up the numbers as employee participation was by many accounts minimal.

Fronting campaigns with fellow professional agitators and front groups is a typical Berlin Rosen strategy, employed on behalf of unions and left-wing interests not only in the firm’s home state of New York, but as far afield as California, Illinois and Pennsylvania…

Berlin got her start over 25 years ago with the union-backed Association of Community Organizations for Reform Now (ACORN), which would later disband amid widespread allegations of fraudulent voter registration. She later went to work for then New York State Senator Eric Schneiderman, rising to become his chief of staff…

Activist Facts further reports the New York State Trial Lawyers Association and Food and Water Watch have hired BerlinRosen to do dirty work. Readers will recall the New York State Trial Lawyers Association was run by Fractivist Rasputin Jay Halfon, who also has a tight relationship with the Working Families Party that we detailed here. Food and Water Watch, of course, is another money machine in the practice of socialism and a major player in the fractivist con game. I wrote about their scam here and even included a screenshot of their 990 return where they acknowledging paying BerlinRosen $132,673 in 2013, laying out exactly how the con game works.

I didn’t realize, though, until the New York Post article came out, and I read the Activist Facts profile, just how connected BerlinRosen is to the whole game, first writing about it here. They are integral to it and super-connected to Eric Schneiderman (who, like Cuomo, is linked at the hip with the NRDC gang) and so many of the other key players. Not only was Valerie Berlin once State Senator Eric Schneiderman’s Chief of Staff, but Blake Zeff, Managing Director of BerlinRosen, later became Attorney General Eric Schneiderman’s Senior Advisor.

BerlinRosen is also right there with David Fenton in helping to package the fractivist propaganda. We find their name as the contact for fractivist activities everywhere, the following being a good example: 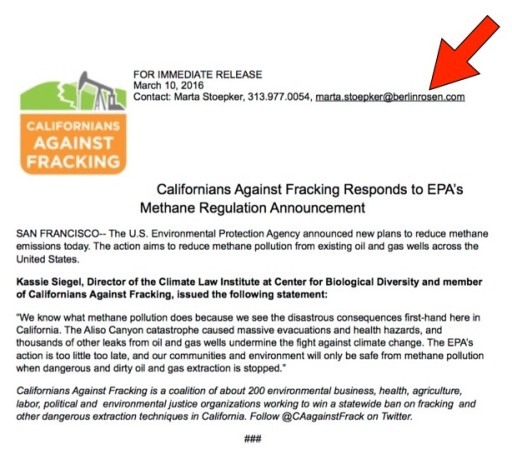 Notice the reference at the bottom to the 200 “organizations” involved. This is a huge part of the con. There is really one organization, presumably Food and Water Watch, and a whole bunch of signers, the whole faux-enterprise packaged by BerlinRosen with dark money from huge special interest foundations.

Then, there is this from the other left coast: 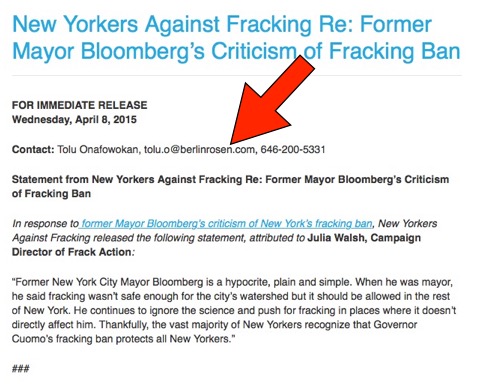 And, this from Pennsylvania: 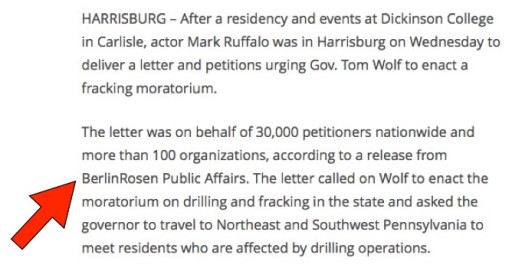 Plus, more from New York: 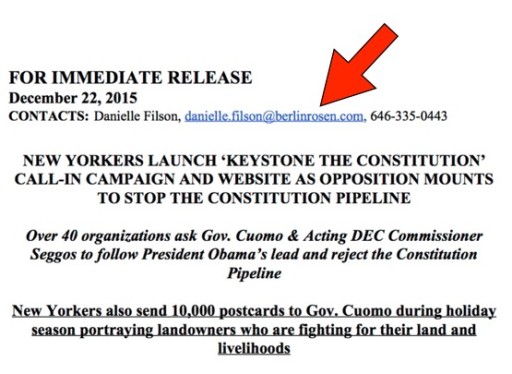 It’s always the same template, of course; a phony list of organizations combined with an appeal to take some action on behalf of the people (residents, families, individuals, etc.) but, of course, the only people truly speaking are the hard-core radicals, the special interest foundations funding them for their own purposes and the paid mercenaries such as BerlinRosen. They’ve done very well at it in fact. The Washington Free Beacon reports:

Rosen and his wife purchased a $1.4 million Brooklyn condo in 2010. Berlin lives just two blocks away in the exclusive Park Slope neighborhood. She purchased her 2,600 square foot condo in 2010 for $1.7 million. 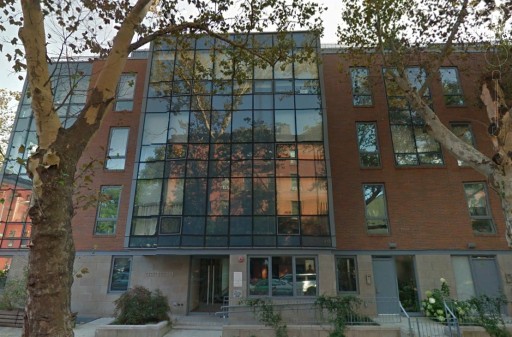 And, guess what? Valerie Berlin’s home is served with natural gas.

So, what we have is a company, BerlinRosen, that serves as the dirty trickster for Food and Water Watch, with connections to Eric Schneiderman, Bill deBlasio and the Working Families Party, that orchestrates campaigns against fracking, gas pipelines and everything else connected with oil and gas that makes a fortune big enough doing it to buy an expensive gas served condo in the trendiest part of Brooklyn. This is the fractivist con game in all its glory. Meanwhile, the real working families in Upstate New York go without.

1 thought on “BerlinRosen and the Fractivist Con Game”