New York can simply not grow without access to natural gas, nor can most areas. The FERC decision addresses this economic reality while others only posture.

With just three months to go, the movie industry is looking at one of its worst years in recent memory.  Earlier this month, Jennifer Lawrence’s new release Mother was such a flop that famed critic Rex Reed called it the “worst movie of the century.”   It appears that Hollywood is missing 2017’s best epic, which might be entitled Battle for the Pipelines – The Agency Strikes Back.  While it may not be a box office blockbuster, the real world ramifications are immense. 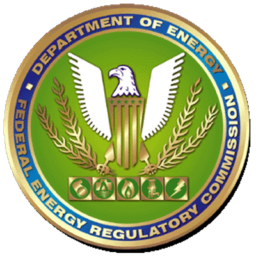 On September 15, FERC overruled New York Governor Andrew Cuomo’s refusal to grant a Section 401 Clean Streams Permit to the Valley Lateral Pipeline. FERC pointed to the provision in the Federal Clean Streams Law that gives State agencies – in this case the New York Department of Environmental Conservation – one year to make a decision on Section 401 Permit applications. As the DEC has taken longer without making a final determination, FERC declared that the DEC has forfeited its chance to make a decision and awarded the 401 Permit to the applicant. Reaction was predictable. The Sierra Club called the FERC decision “an insult to New Yorkers and their right to clean water.” The DEC is studying an appeal.

Longer term, expect the DEC and other similar agencies in states opposed to pipelines to make 401 Permit decisions in less than a year. This will prevent FERC from using the one year rule to grant Section 401 Permits over state objections. In the Mountain Valley case, the DEC didn’t officially rule on the project but, instead, kicked it back to FERC. FERC did the rest.

Overall, the FERC action can be seen as the latest salvo between FERC and the individual states for control over the interstate pipeline buildout.  Congress gave FERC almost exclusive jurisdiction in this area, but left a few gaps.  Until Andrew Cuomo used the Section 401 permitting process to reject the completion of the Constitution Pipeline, this state process was thought to be mostly ministerial.  Cuomo’s action backed FERC into a corner and made the entire system of interstate pipelines subject to state political pressures.

As with the Pennsylvania state budget drama, what makes this fight so compelling is that it involves politicians playing to their base while they ignore the reality staring them in the face.  In Pennsylvania, the gas companies and their political allies can try to stop any extraction tax, but the budgetary reality will consume them in the end. With the pipeline buildout, Governor Cuomo and his grandstanding gubernatorial counterparts in New England and elsewhere can try to stop pipeline construction, but in the end the necessity of gas supply will overwhelm them also.

New York simply cannot continue to grow without access to natural gas.  The New York City Building Council recently acknowledged this. New England’s energy supply is remarkably vulnerable right now. Any company seeking to expand or to relocate its corporate offices or major manufacturing facilities has to take future energy supply into account in its decision. 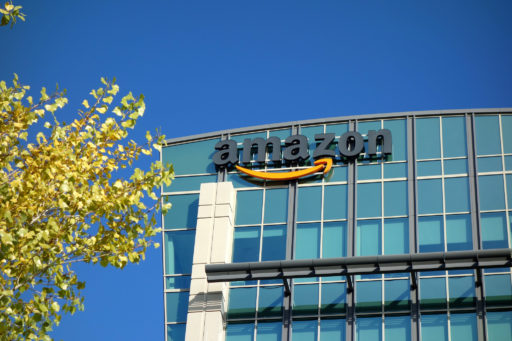 How can New York or Boston realistically make a pitch for Amazon’s new corporate headquarters when neither can guarantee that energy supply? Does Amazon want its corporate offices to be reliant on the internal situation in Trinidad and Tobago or Yemen for power? Thanks to Pennsylvania’s energy policies, Pittsburgh now has a better case to make than New York City.

Natural gas pipelines do not exist in a vacuum.  Instead, they are a piece of America’s decaying infrastructure.  For decades, Puerto Rico neglected its electricity system.  Last week Hurricane Maria forced all of it off line – 100%!  It may be months before the people down there get power back.

Last year saw the near collapse of the Oroville Dam near Sacramento. Now, after over $500,000,000 in emergency repairs, California  authorities hope they have Band-Aided the situation enough to be ready for November 1 and the beginning of  the 2018 rainy season.  Unfortunately, the California Department of Water Resources only has been able to construct a patchwork spillway. Should more than 100,000 cubic feet of water per second flow over the spillway, as happened last year, good luck to us all.

While gas pipelines are a piece of this same infrastructure issue, what sets them apart is that they are one element of infrastructure that the public is not being asked to fund. Apparently, that’s too much to ask from those who view energy in idealistic rather than scientific terms.

Perhaps the best example of where we are now in energy comes from the Pacific Northwest, where Calgary-based Veresen again is seeking approval of its Jordan Cove natural gas pipeline and export terminal project in Oregon’s Coos Bay. In August I wrote about a lady named Deb in Eugene, Oregon who wrote a letter to the editor of the local newspaper in which she demanded that Oregon Senator Jeff Merkley oppose Jordan Cove. In 2012, following three train derailments involving coal trains, a man named Red wrote to the Columbia Riverkeeper that “this just shows how important it is to keep coal off our Columbia river…I hope that we can keep working together to keep our Columbia river free of coal, and everything it stands for.”

I find these sentiments to be fairly common and in some ways admirable, but to what end?  If we listen to Deb and Red and we keep the Columbia river valley free of coal and natural gas, where will the heat come from during the next Oregon winter? Before anyone answers “from renewable sources,” that person must explain which sources and how it’s possible? Forget for a second the economic or environmental ramifications. How is it scientifically possible to do this?

Throughout the country we suffer from a failure to honestly and realistically discuss these issues.  We can bring natural gas pipeline development to a complete halt if we wish. This will please the environmentalists, much of the Main Stream Media and Hollywood (including those behind Mother). It will do nothing to help Mr. and Ms. America in Central New York, New England or the Columbia River valley during the next cold winter.  Talking about the possibilities of solar and wind energy in the abstract is lovely, but real policy makers have to base decisions on reality. Countries, states, airports, universities etc. can set aggressive carbon emission reduction targets, but relying entirely on “renewable sources” to meet them leads to failure.

Politicians and pundits can posture, but reality always comes back to bite.  For the Pennsylvania budget, the interstate gas pipeline buildout, the people of Puerto Rico, the Sacramento and Columbia river valleys and really all of us, let’s hope that before reality bites, we begin to honestly assess our true needs and tradeoffs.

4 thoughts on “Battle for the Pipelines – The Agency Strikes Back”