Batteries not included applies not to only the new toy you bought but also to the calculated levelized cost of renewables. The true cost is astronomical.

A fascinating article by Roger Andrews at Energy Matters gets into a matter of the highest importance when it comes to renewables. It addresses something that might seem arcane; the Levelized Cost of Energy or LCOE. The truth, though, is that traditional measures of the costs associated with renewables not only don’t account for many of the subsidies involved, but also fail to consider the intermittency of renewable energy. Given the fact renewable energy generated at the wrong time is a cost, not a feature, the intermittency issue always has to be addressed with batteries which are not considered in costs. But, if they are considered, we quickly see the true costs of renewables, which are enormous. 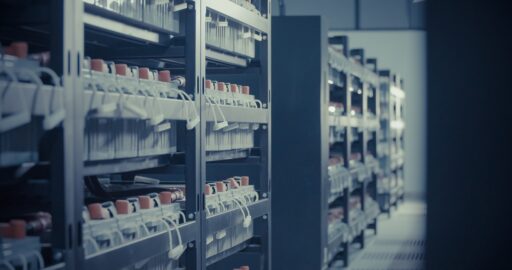 The article goes into great depth to look at solar and wind electric generation compares to demand. Solar provides an easy to understand illustration of the intermittency problem. Let’s take today, July 6, 2019. The temperature outside my home as I write this is a sweltering 90 degrees or so. My wife and I have had the air conditioning on since about 10 AM and the sun has been shining bright. Therefore, if I was depending on solar energy to run the air conditioner it would be a mice match until early evening, but that’s when the sun goes down and the heat remains. We’ll have the air conditioning running until early tomorrow morning, in fact, just to be able to sleep.

That’s means there’s roughly 10 hours when we’ll have to rely upon some other energy source. My electric provider will most likely be using natural gas to make that power. Why not wind, you say? Well, the wind isn’t blowing much today. And, it’s erratic when it does blow. It has an intermittency problem, too. There are big renewable power gaps no matter you cut it. This means batteries are necessary for storage, if renewables are to actually replace natural gas to any appreciable degree. That brings us to the matter of the costs associated with those batteries; an added cost which must be considered to fairly evaluate the real costs of renewables. Andrews lays it out (some emphasis added):

Now to costs. I estimated the combined wind and solar levelized cost of electricity (LCOE) without storage from the NREL LCOE calculator using the following assumptions:

Other variables were set to zero or ignored.

The combined wind + solar LCOE without storage was $50/MWh, broadly in line with Lazard’s 2018 estimates for utility-scale solar and wind.

I then estimated wind + solar LCOEs with battery storage capital costs included. This was a straightforward exercise because reducing baseload + load-following generation in direct proportion to the increase in wind + solar generation results in LCOEs that are the same regardless of the percentage of wind + solar in the generation mix. The NREL calculator showed:

Despite claims to the contrary battery storage is clearly not an option for a low-cost 100% renewable future. And lest I be thought a lone voice in the wilderness, a recent report by the Clean Air Task Force confirms that my estimates are in the ball park. And the CATF is of a distinctly green persuasion:

Every year people produce almost forty billion tons of carbon dioxide that is pumped into the atmosphere – that’s a hundred times faster than the Earth has ever seen. If we don’t take action, our planet will change far faster than we can adapt. This is the mother of all environmental problems and the Clean Air Task Force is on it.

I can’t find the CATF report on the web, but its results were reported by, among others, theMIT (Massachusetts Institute of Technology) Technology Review:

Fluctuating solar and wind power require lots of energy storage, and lithium-ion batteries seem like the obvious choice—but they are far too expensive to play a major role.

Building the level of renewable generation and storage necessary to reach the state’s goals would drive up costs exponentially, from $49 per megawatt-hour of generation at 50 percent to $1,612 at 100 percent. And that’s assuming lithium-ion batteries will cost roughly a third what they do now.

In summary, wind and solar may indeed undercut coal and nuclear on price when the costs of intermittency are ignored, and batteries may indeed be good for short-term grid stability applications. But please let’s not have anyone claim that solar + wind + batteries will usher in an era of cheap, clean, 100% renewable energy, because they won’t.

That about says it all, don’t you think?

3 thoughts on “Batteries Not Included; The True Levelized Cost of Renewables”