This post by IER economist Robert Murphy is about an Australian carbon tax proposal but illustrates how little enviros and fractivists care about the poor.

An article last month in the New York Times showcases the futility of climate legislation, regardless of one’s views on the desirability of government measures to reduce greenhouse gas emissions. Specifically, Somini Sengupta’s piece explained that the Australian government was toppled because of climate policy, and then drew parallels to the United States and Canada. Whether it was her intention, Sengupta demonstrated that if indeed climate change is a problem, activists should realize that the political process offers a very unreliable “solution.” 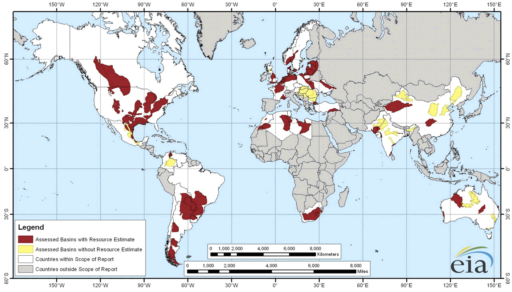 This week, the failure to pass legislation that would have reined in greenhouse gas emissions precipitated Malcolm Turnbull’s ouster as prime minister. He was elbowed out by Scott Morrison, an ardent champion of the Australian coal industry who is known for having brought a lump of the stuff to Parliament.

Although the NYT article doesn’t directly discuss it, this episode is similar to the 2013 election of Prime Minister Tony Abbott, who ran on a pledge to repeal Australia’s carbon tax. At the time, I discussed the findings of Alex Robson’s study of the Australian carbon tax. Robson found that every one of the standard talking points for a “conservative case” for a carbon tax did not hold true in Australia’s experience.

Yet the political difficulties of carbon legislation are not confined to Australia. The NYT piece draws parallels with Canada:

It could be a bellwether for next year’s Canadian elections, expected in October, in which Prime Minister Justin Trudeau faces a powerful challenge from politicians aligned with the country’s oil industry. Conservatives have pledged to undo Mr. Trudeau’s plans to put a price on carbon nationwide if they take power. At the provincial level, conservatives won a majority in Ontario after campaigning against the province’s newly enacted cap-and-trade program.

And, of course, the connection with the election of Donald Trump—especially his pledge to revive the coal sector—is unmistakable.

The NYT piece tries to bolster hope for those who desire government action: Even though national policy is lacking (according to advocates), lower jurisdictions have adopted renewable energy targets.

Yet even here, this is little consolation. As the article explains:

Most Australian states have renewable energy targets, and Australians are powering their houses with solar energy at one of the highest rates in the world. But Australia’s emissions have continued to rise.

Climate Action Tracker, an alliance of European think tanks that tracks countries’ climate pledges under the agreement, concluded recently that “if all other countries were to follow Australia’s current policy settings, warming could reach over 3°C and up to 4°C.” Those are levels that climate scientists consider “highly insufficient” to stop the worst effects of climate change.

In fact, that last paragraph is a bit misleading. Forget what happens if every country copied Australia. Even if we look at what the governments around the world are actually doing, that same Climate Action Tracker website informs us that under current policy, the world is headed for 3.4°C of warming by 2100. In other words, there’s nothing uniquely “antisocial” about Australia. This is truly “business as usual,” as they say in the climate policy literature.

To be sure, the case for a carbon tax is very weak. We have written on this extensively here at IER, and with climate scientists at Cato I’ve co-authored a formal study. Even if we could set aside the practical political problems of enforcement, it still would make humanity worse off to enforce a globally-implemented carbon tax, for the reasons we raise in the links above.

However, as the recent NYT piece illustrates, a carbon tax (or other top-down government limitations on greenhouse gas emissions) has built-in incentives to fail in its stated objective. A carbon tax (and other measures) necessarily makes electricity and transportation more expensive than they otherwise would be. They impose immediate and tangible pain on citizens, hitting the poorest households in essential components of life. In exchange, the alleged benefit is a slightly cooler planet to be enjoyed by our great-grandchildren, who—under any reasonable scenario—will all be much richer than we are today.

This is not a stable political outcome—especially in the event of a broad economic downturn, when a new set of officials will rise to power, promising relief from the climate policies in order to spur economic growth in the present. Even if most governments around the world stuck to the script, just a few major defectors could undermine the program. And it is the biggest emitters who have the most to gain from such a “defection” from a worldwide framework.

It is fashionable to label skeptics of aggressive government climate action as “deniers” of science. Yet as the election outcomes in Australia, Canada, and the United States show, those favoring a carbon tax are themselves denying political science.

Editor’s Note: I don’t post this article to offer any support for coal but, rather, to point out the futility of addressing environmental issues with mandated governmental solutions that ignore the economic impacts on the poor and others of moderate income. So much of the environmental movement is based on snobbery and the elevation of the aesthetic values of the well-off to a position where they trump the real needs of human beings. But, those human needs always ultimately triumph, simply because they must. What’s happening in Australia, which seems to bounce from one position to another, is but the logical outcome of not balancing environmental and economic policy; a yo-yo effect where one is continually rejected by the other.

This lack of balance is similarly missing from fractivism. What we continually see are uber-wealthy foundations funding shill groups to go out and oppose natural gas development any way they can, ignoring the economic needs of real people. Look at the Southern Tier of New York, for example, which cries out for any economic development whatsoever, yet is denied that opportunity by Park Foundation and Rockefeller family funders who would just as soon make a wilderness of it as they live of luxury far removed from the mundane tasks of daily life facing Southern Tier families. Sadly, the situation in New York is one where the urban well-off out-number the Southern Tier poor and so they get away with treating them as slaves. Eventually, though, the slaves tend to revolt and that is the lesson of Australia and its carbon tax.