Although the 600-mile Atlantic Coast Pipeline (ACP) was federally approved a year ago, in October, 2017, the $6 billion pipeline from Dominion Energy running from West Virginia through Virginia into North Carolina had not yet secured all state-required permits. The remaining holdout has been Virginia. Late Friday afternoon the Virginia Department of Environmental Quality (DEQ) finally issued a “401” permit (water quality certification), which clears the way for ACP construction to begin in the Old Dominion.

Of course Big Green and their supporters, who deluded themselves into thinking they had successfully blocked ACP, are apoplectic with the news.

Before we get to anti reaction (faithfully recorded by colluding “reporters” in mainstream media), let’s look at the DEQ announcement and the thorough report they generated:

The Virginia Department of Environmental Quality (DEQ) has approved the Erosion and Sediment Control, Stormwater, Management, and Karst Protection plans for the Atlantic Coast Pipeline (ACP). These detailed protection plans specify engineering designs that will protect water quality during and after pipeline construction along the 300-mile project that stretches from Highland County to Greensville County.

With the approval of these plans, Virginia’s upland Section 401 Clean Water Act Certification becomes effective. The ACP project now has authorization from the Commonwealth of Virginia to begin construction. Final approval to begin construction is subject to approval by the Federal Energy Regulatory Commission, or FERC, which regulates the interstate transmission of electricity, natural gas and oil. 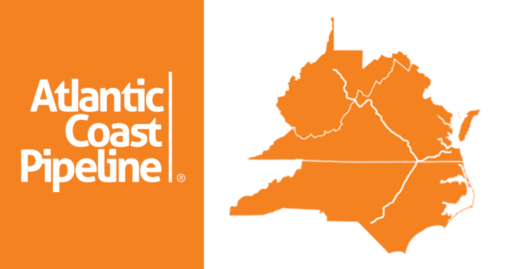 The ACP project is being developed by Dominion Energy, Duke Energy, Piedmont Natural Gas and Southern Company Gas. Dominion Energy will be responsible for constructing and operating the pipeline.

“Protecting Virginia’s environmental resources is one of our greatest priorities,” said Virginia Secretary of Natural Resources Matthew Strickler. “The Virginia Department of Environmental Quality’s comprehensive review allows us to remain confident that these final construction plans will protect natural resources. After more than a year of detailed analysis, all aspects of these plans have been carefully reviewed, modified, and intensified before being approved by DEQ. We understand the pipeline projects have raised concerns. We remain dedicated to holding them to the highest environmental standards possible pursuant to state authorities.”

The basis for the design specification of the protection plans is contained in Virginia’s erosion and sediment control and stormwater management regulations. DEQ has sent its report to the State Water Control Board (Board) detailing the plans, which are required by regulation to protect waters in the Commonwealth of Water. DEQ also enlisted an independent review by EEE, an environmental and engineering services consulting firm based in Blacksburg and Richmond. Last December, Board conditionally approved the certification based on the completion of the plans.

Draft plans were posted for public input last September. The final plans will soon be available to view on the ACP project website at www.atlanticcoastpipeline.com.

Regulatory information and the full report to the Board is available on the DEQ website at www.deq.virginia.gov/acp.

The agency has signed off on plans for how workers will manage erosion, sediment and stormwater along the route, which will cross hundreds of waterways and some of Virginia’s steepest terrain, the final approval the project needs before beginning to blast, trench and lay the pipe. The Federal Energy Regulatory Commission will issue the actual go-ahead for work to start here.

The DEQ announced the decision just after 5 p.m. Friday.

“These detailed protection plans specify engineering designs that will protect water quality during and after pipeline construction along the 300-mile project that stretches from Highland County to Greensville County,” the agency said in a statement.

The approval came with a report to the State Water Control Board, a condition of the water quality certification the board issued for the project in December under section 401 of the federal Clean Water Act. 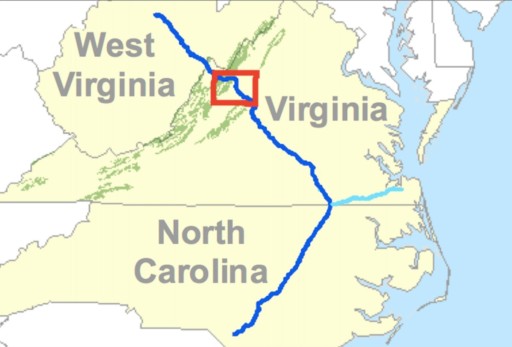 The Virginia League of Conservation Voters wasn’t impressed, saying there’s little reason to think the failures to contain mud and stormwater that have plagued the separate Mountain Valley Pipeline, which is being built in Virginia now, won’t befall the ACP, though on a much wider scale because of its bigger footprint here.

“The certification comes even as evidence mounts in Southwest Virginia that state regulations did little to keep communities safe from the Mountain Valley Pipeline, which has clogged some of our state’s cleanest waters with mud and sediment as crews trenched across steep, rugged, flashflood-prone terrain,” the group said.

Two sitting FERC commissioners have said the massive gas project, which relies on subsidiaries of the companies building it to justify the need for the gas and comes with a 14 percent rate of return for the developers, isn’t in the public interest.

“We simply don’t need hundreds of miles of costly and environmentally destructive gas infrastructure to keep the lights on in Virginia, but sadly, this approval is a step toward marrying Virginia to a future of higher energy costs and volatile fossil fuels for years to come while Dominion Energy profits handsomely at our expense,” Francis said.

Work on the ACP began in West Virginia and North Carolina months ago, though it has proceeded in fits and starts because of court decisions that have invalidated several key federal permits.

Construction on the Mountain Valley Pipeline has likewise been going on for months, though also subject to its own stoppages, racking up a steady stream of complaints from observers and neighboring landowners — and a violation notice from DEQ — that the project has been “hemorrhaging sediment,” fouling waterways and neighboring properties.

Last week, precipitation from Tropical Storm Michael even floated two 80-foot sections of the pipeline onto a neighboring property.

“I do believe we were mislead in how good these (erosion and sediment) measures are,” said Coles Terry, son of Theresa “Red” Terry, who sat in a tree for five weeks to protest the Mountain Valley Pipeline’s intrusion on her’s family land, in remarks to the water board last month. “If these guys can lie to you about how good their (erosion and sediment ) measures are, I guess they’re allowed to keep building.”

Environmental groups and other pipeline opponents, who warned state officials repeatedly that it would be all-but impossible to build the pipelines through steep terrain without dislodging vast quantities of sediment that would clog streams and cause permanent damage in some cases, were vindicated by the debacle that’s played out with MVP construction.

It remains to be seen whether the agency has baked any lessons learned from MVP construction into the ACP plans. Melanie Davenport, head of the agency’s water permitting division, denied that MVP’s failures were delaying the issuance of ACP’s permits.

“After more than a year of detailed analysis, all aspects of these plans have been carefully reviewed, modified and intensified before being approved by DEQ,” Secretary of Natural Resources Matt Strickler said. “We understand the pipeline projects have raised concerns. We remain dedicated to holding them to the highest environmental standards possible pursuant to state authorities.”

There will be lots of people watching.

And with the pipeline footprint so much larger, it will be harder to shunt their concerns off into a corner as has unfortunately happened with southwest Virginia landowners and pipeline monitors.

Yes, lot’s of pipeline snitches (i.e. “monitors”) will be out in force to report on every candy wrapper dropped by a pipeline worker in the coming weeks and months. Go for it.

Editor’s Note: Yet again, the contrast between Governor Northam and Governor Andrew Cuomo couldn’t be clearer. No games. Virginia just followed the law. Nothing could betterv demonstrate why we call Cuomo Governor Corruptocrat.