Renewables may be in the future but not for a long time and natural gas is the answer in the short and medium terms.  We are only subsidizing the wealthy for the sake of feeling good about energy with so many of the renewables incentives programs.

Are renewables the up and coming source of energy for the future? We could only hope so. but they are definitely not the immediate short term answer.  They are, in fact, many years away from reality as many countries are learning the hard way.  As the debate about which energy is best has moved to the forefront, many people have made claims that we are ready, as a state and nation, to discontinue the use of fossil fuels and convert to wind, solar or geothermal.  Nuclear has all but been abandoned as an option.

Nuclear energy may, in fact, be on the way out in the US as many of the plants are older now and facing mandated shutdowns.  Plans to rebuild or retool nuclear power plants in the US are going nowhere because of concerns over radioactive effects on the environment. Our own Governor Cuomo has targeted the Indian Point Power Plant in downstate New York for conversion to natural gas in the interest of protecting New York City and environs.

Nuclear energy, together with coal, now provide 70 percent of all the energy used here in the US. The country’s 104 nuclear reactors produced 821 billion kWh in 2011.  That is, incredibly, 30 percent of the power used in the entire world. There are a half-dozen or so applications for new nuclear power plants which can be online by 2020 to replace all those plants being decommissioned, but even those are now questionable as to cost effectiveness, given the availability of cheaper, more environmentally friendly natural gas.

Below are some additional facts from the World Nuclear Association, my source for many of these statistics:

Annual electricity demand is projected to increase to 5,000 billion kWh in 2030, though in the short term it is depressed and is not expected to recover to the 2007 level until about 2015. Annual per capita electricity consumption is currently around 12,300 kWh. Total capacity is 1,041 gigawatts, less than one tenth of which is nuclear.

If this report is correct, then we have to use the intelligence we have been gifted with to analyze the numbers. With only 2.8 percent of our power coming from wind, 8 percent from hydro power, and nuclear energy in doubt largely because of radiation fears and the spectre of a nuclear disaster on the order of what happened in Chernobyl and Japan, renewables would not appear to be a short-term or even medium-term answer.

Given our growing demand for energy here in the United States, renewables may well be part the long-term answer, but until we have developed the means and meet the affordability test for the average American family, our abundant supply of natural gas is the obvious best choice to meet America and the world’s energy needs.  Solar and other renewables are not sustainable without massive subsidies that are just too expensive to afford on anything other than a spot basis.

There are many other factors that dictate the sensibility of using natural gas, as contrasted with wind and solar.  A report by the Department of Energy said in 2011 that five rare earth metals (dysprosium, terbium, europium, neodymium, and yttrium) used for storing energy in batteries for on-call use may possibly effect the future of clean energy development. These five rare earth metals are used not only in solar and wind farms, but also in many other products competing for the overall supply such as computers, cell phones, automobiles, LCD screens, microwave resonators and even in the Dyson Vacuum Cleaner. This reflects back upon the fact that only 10.8 percent of our renewable’s comes to us from wind, solar and hydro power (with hydro accounting for the bulk). Imagine the cost of these rare earth metals should we convert to 100 percent renewables.

When I went to build a new home on my property in 1996, one of my concerns was the cost of energy in New York. I researched the installed cost of solar panels with a few local companies and was soon discouraged by what I found. I was told a 5 kW system would cost me around $35,000-$50,000 and the power company and government incentives would rebate up to $25,000 back to me. Most utility companies offer some type of incentives, but at even at half that cost, though, a system that generates an average $75 of electricity per month to a conservative user could take a long time to pay for itself. 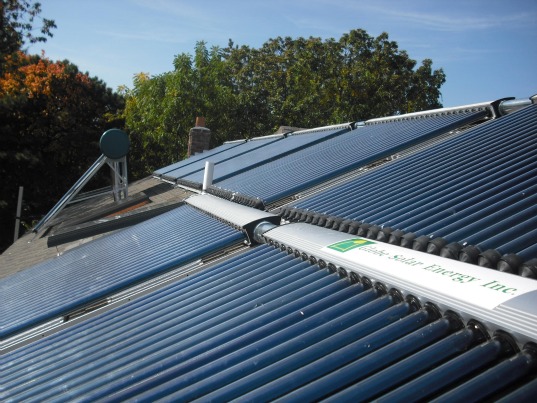 A system that costs only $18,000 (what was the low end of the scale for me) has a payback period of about 20 years. Most solar companies would only give a warranty of minimal coverage for about 5-15 years leaving me with huge doubts that solar would save me money over the lifetime of home ownership. New York offers what are some of the highest subsidies in the nation to do this stuff, yet few can because, even with those subsidies it doesn’t necessarily make economic sense and the capital outlay is still huge for a typical homeowner.

I heard an example the other day about a solar system proposed for an upstate home that would cost an incredible $175,000 to install and state and Federal subsidies were paying for 75% (or more) of the cost.  The idea behind the system was beautiful and it will meet the homeowner’s every energy need, but who can afford his $43,750 investment? More importantly, how can the taxpayers afford the $131,250 investment on their end if more than a relative handful of wealthy homeowners took advantage of the incentives?  What would happen if every home were to apply for that subsidy? The answer is NOTHING, as the government could not meet that financial burden.  So, to feel good about itself, it simply takes from the poor taxpayer and gives to the wealthy who don’t need financial help so they can feel good, too.  Is this any way to run an energy policy?

I hope someday, eventually, the world can harvest renewable’s at a cost affordable by everyone and without the need to offer subsidies to the well-off from the not so well off ordinary taxpayers, as those subsidies will become a huge burden on an already overtaxed population if we employ them on more than a token politically correct basis. For now, we need to count our blessings in a technology that allows us to harvest the cleanest fossil fuels – natural gas – for use here in the United States and to provide for the use of other countries, thus greatly reducing the human contribution of carbon emissions into the atmosphere, as we drill responsibly, moving forward into the future of a better world.

3 thoughts on “Are Renewables the Only Source of Energy for the Future?”