It’s back! There is another Dimock ATSDR study underway, proving how easy it is for fractivists to manipulate government into the ridiculous and the corrupt.

That study was instigated by Josh Fox and now forgotten people such as Craig Sautner who bombarded the EPA with complaints until they relented and did a study proving just how ridiculous the fractivist claims really were, at which point Sautner went apoplectic, turned on the agency and self-destructed in an epic blazing flameout. (Must watch video here.)

Mike Rubinkam of AP cover the latest here. The EPA isn’t coming back, but there is, incredibly enough, another Dimock ATSDR study underway at the apparent behest of junkyard plaintiff Ray Kemble. Here’s a little reminder of where Ray lives: 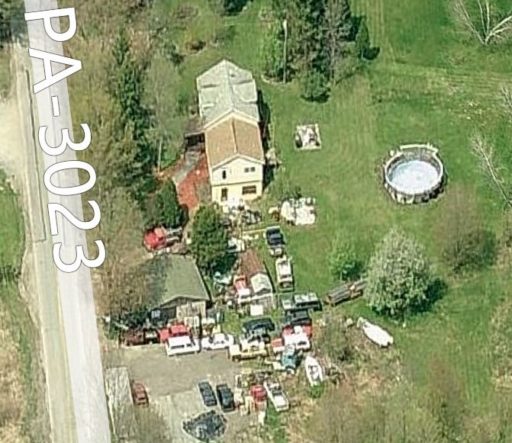 Here’s what we learned from the previous Dimock ATSDR study found, courtesy of Energy In Depth:

This week, the federal Agency for Toxic Substances and Disease Registry (ATSDR), a part of the Center for Disease Control (CDC), released its findings on the U.S. Environmental Protection Agency’s (EPA) data from water testing in Dimock, Pennsylvania over a six-month period in 2012. Although the owners of the 64 wells tested were given reports and met with officials from ATSDR and EPA back in 2012, the data has only been released to the public this week…[and] at no point does the agency link these findings to oil and gas development in the region…

In fact, it is very clear that it did not consider the sources of the contamination as part of its evaluation. From the report;

“For this public health evaluation, ATSDR conservatively assumed ingestion of residential well water with the maximum detected chemical concentration(s) and included all detected contaminants in the evaluation regardless of the source of the contaminant in the residential well (e.g., naturally occurring or otherwise). Per ATSDR’s health assessment process, ATSDR made conservative assumptions about exposures to the chemicals detected in the residential well water at this site, and made recommendations based on this information.”

Why is the ATSDR back? Well, Jim Willis has it about right, I’d say, in this Marcellus Drilling News piece:

..at no time did any of government or private agencies testing find any fracking chemicals in any of the wells. Methane migration can be mitigated. It can be fixed. You don’t die from drinking water with methane in it. Most people in Susquehanna County (where Dimock is located) drink water with methane in it every day and have been for over 200 years!

…The wells of 14 families along the Carter Road area in Dimock have been repeatedly tested–with no fracking chemicals found. Yet the federal Agency for Toxic Substances and Disease Registry (ATSDR), which is a federal public health agency part of the U.S. Department of Health and Human Services, says they are coming to Dimock to test both water AND air at 25 homes around Dimock. The poster boy for their testing is Ray Kemble, who keeps junk cars on his property and carries a little brown jug around with him to anti-fracking rallies. Kemble has been trying to shake down Cabot for big money for years, with no success, claiming after they began drilling his water well became polluted…

Kemble, whose property has multiple junk cars on it, claims after Cabot began drilling (in 2008) his water well began producing black water. He blamed Cabot–even though junkyards are notorious for leaking nasty chemicals. Years ago Kemble, who has been seen at just about every anti-fracking rally from here to Timbuktu carrying a little brown jug of supposedly tainted well water (that he refuses to let anyone test), settled with Cabot. But a couple of Kemble’s neighbors did not settle. They sued and, in a sham trial, won a jury award of $4.2 million. However, a federal court later threw out the verdict and the $4.2 million judgment. The judge said the Dimock lawsuit would have be re-tried.

News of a potential new lawsuit and the OJ-like jury’s initial award of $4.2 million must have got old Ray a thinkin’… What if? So Kemble recently launched his own lawsuit against Cabot, which appears to be litigation over something he previously settled with Cabot (see New Lawsuit in Dimock for Old Claim by Known Anti – Ray Kemble). What if ATSDR finds Rays junk cars are polluting his water well? Will he sue himself?

It would all be hysterical but for that last part; that this is another excuse to badmouth Dimock, generate free fractivist publicity, lay the quicksand foundation for another baseless lawsuit and deprive Dimock landowners within the arbitrary “box” created by DEP of the opportunity to enjoy the benefits of natural gas development. Those people are the true forgotten men and women in this story; the people cheated by Ray Kemble’s antics and governments’ attempt to appease them.

Even worse is what the latest Dimock ATSDR study proposes to study. Their “fact sheet” is extremely revealing and reads like an invitation to build a case against Cabot Oil & Gas but here’s the part that especially offends:

Iron? Sodium? All five of these elements have been ubiquitous in the Dimock area since the dawn of civilization there. Iron, of course, what Ray Kemble depends upon to get his jug of brown water. He only uses his well to fill the jug, thus guaranteeing the iron sedimentation will be there to color the water appropriately. It’s what happens when you’re in an area with a lot of iron and don’t pump your well regularly. And, the sodium, which Ray has pretended is a dangerous chemical at various times, also comes from natural sources (and items such as water softener). Methane has been there since Native Americans discovered Salt Springs and its flaming water.

The reader will get the picture. This is a bogus investigation undoubtedly produced from Ray and friends making voluminous complaints so he can continue a schtick that gives him tons of publicity and apparently enough money to fly all over the country finessing his persona and developing his lawsuit. How easy it is to manipulate a government agency in this way. And, so, the Dimock saga continues with still more nonsense at public expense so a guy whose water well is surrounded by junk vehicles in an area where all five elements are common naturally, can continue his charade. It’s a wonder we survive as a nation when this is how we act.

9 thoughts on “Another Dimock ATSDR Study? You’ve Got to be Kidding!”