Andrew Cuomo is running hard for the title of America’s most deplorable governor. Add now to the corruption an ideological compulsion to do the outrageous.

Two recent actions by Andrew Cuomo demonstrate what a truly deplorable governor this man-child is. One has nothing to do with natural gas and the other is only peripherally related, but both reveal how his fracking decision came to be, why he’s opposing pipelines and the psychosis behind his contempt for Upstate New Yorkers.

New York politicians are notoriously corrupt and, just as often, irredeemably nasty. The examples on both sides of the aisle are legion. Andrew Cuomo is an example of both, as we’ve documented here multiple times. Two recent actions by him, though, illustrate a third characteristic about which we’ve not talked nearly his much; his ideological compulsions. He’s the second-generation trust-funder type from a political family who carries the baggage of guilt at having done so undeservedly well, with all the irrationality that portends. 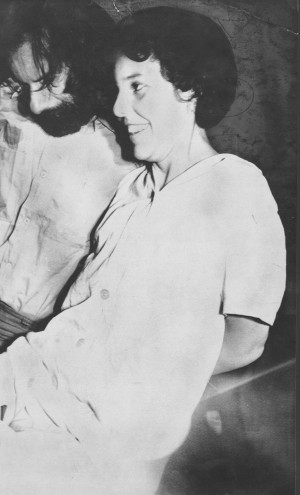 What I’m talking about are his recent commutation of Judith Clark’s sentence and his supposed deal to close the Indian Point nuclear power facility on the Hudson. These two decisions reveal an immature ideological mindset that drives the man to do outrageous things to prove his worthiness, not as the corrupt pol he is, but as a lion-slayer for some principle he can’t even articulate.

Judith Clark, for those who don’t know, was a participant in the infamous Brinks massacre that resulted in the deaths of three people, including two cops, one of whom was shot in the back. She was sentenced to 75 years to life in prison for driving the get-away car, later smiled and laughed about her role and has never given up to FBI all she knows about the murders. Notwithstanding all this, Andrew Cuomo met with her in prison and decided she should be eligible as soon as March of this year. Cuomo responded to pressure from the Jim Owles Democratic Club, a group called Candles for Clemency and the New York Legal Aid Society to grant her this relief.

Now 67, Judith Clark was a 31-year old member of the Weather Underground when the crime was committed. Her parents were members of the American Communist Party for many years and as an infant, Clark lived in the Soviet Union from 1950 to 1953. She was born to radicalism and acted on it in 1981 with the robbery and murders that took place in Nyack, New York. Now, she says she’s sorry and Andrew Cuomo has responded by modifying her sentence after “getting a sense of her soul.” Here’s some of what the New York Times reported:

“I talked to him about how I understood that the groupthink and zealotry and internalized loyalty had sapped me of my own moral compass,” Ms. Clark said.

This part of the conversation helped the governor recognize some of the forces that propelled the mayhem. “You’re fighting for good versus evil,” Mr. Cuomo said this week. “That’s what sends young men into war with guns to kill other people.”

Mr. Cuomo said he believed she was unsparing in accounting for that era in her life.

“The zealotry, the ideology, how it filled the vacuum of a young mind,” he said this week. “It wasn’t just, ‘I drove the car’ — it was how she got to that place. The psychological underpinnings and immaturity. The zealotry that answers all questions. It was purpose, it was heaven, it was hell, it was God.”

Mr. Cuomo said he was not worried about paying a political price for commuting Ms. Clark’s sentence. “I’ve gotten to a point where if I can sleep at night, I’m happy,” he said. “I can sleep at night with this. I believe showing mercy and justice and compassion and forgiveness is the right signal. You can’t make ‘them’ happy. You live your life by ‘them’ and you’re lost.”

Reading these words gave me a sense of Andrew Cuomo’s soul. Cuomo understands zealotry to the point of its substitution for God. Yet, he also identified with it, making it the good in opposition to evil, characterizing soldiers as killers. He harbors an admiration for zealotry and empathizes with Clark because she simply didn’t know when to stop. He’s not worried about paying a political price for it, either, he says, which tells us a lot about his fracking decision. It was 100% political after all, his justification being pure junk science. He didn’t mind throwing the Southern Tier to the dogs and can sleep at night because he aided the cause of fractivism and satisfied his own yearning to be radical. Moreover, the “price” he paid was nothing – he never needed Southern Tier votes anyway. True courage would have required standing up to the radicals. That he sided with them is the window into his soul.

The other decision demonstrating that radical soul was his deal to close the Indian Point nuclear facility, so he could relive his father’s role in killing the Shoreham nuclear project. That story, too, is covered by the New York Times:

Despite the political opposition to Indian Point, which is perched on the edge of the Hudson River in Buchanan, N.Y., the plant is an important supplier of inexpensive power to the metropolitan area. It has the capacity to generate more than 2,000 megawatts, or about one-fourth of the power consumed in New York City and Westchester County. The prospects for replacing that power are so far unclear, but potential options include hydropower from Quebec and power from wind farms already operating across New York, according to the person.

State officials believe the Entergy agreement will help convince renewable energy providers that the state is serious about looking for new sources of energy, the person said. But without a viable replacement source, ratepayers in New York City could be burdened with higher energy prices for years.

Entergy has agreed to make repairs and safety upgrades, including transferring spent fuel to what the state says is a safer storage system. The company will also allow safety inspections starting this year, bowing to longtime demands from the Cuomo administration; the office of the state attorney general, Eric T. Schneiderman; and Riverkeeper, the environmental nonprofit group, all of which participated in the deal.

Three things jump out from these paragraphs.

First, is the fact it’s all about New York outsourcing its energy production. New Yorkers want their heat this winter but they don’t want any it produced anywhere near them. They prefer to cover Upstate New York with wind and solar farms (“who the hell cares about those rubes, anyway” is the thinking) and Quebec with dams. Andrew Cuomo aims to deliver. There’s no more courage displayed here than in canceling fracking to appease these folks.

Secondly, one can’t help but notice who’s being rewarded. Entergy, of course, is going to get taxpayer and ratepayer subsidies for its other nuclear facilities. The Riverkeeper and associated NRDC gang are getting their way by pulling on those bull rings in the noses of their lackeys Cuomo and Schneiderman. It’s cronyism like you’ve never seen it before and the ratepayers and taxpayers will cover the costs.

Finally, notice “prospects for replacing that power are so far unclear” but wind farms are part of the answer. Anyone who imagines wind farms will replace the energy lost by closing Indian Point is a fool. Nuclear energy, like that from natural gas, is dispatchable, accessible when needed. Wind energy is sporadic, erratic, inefficient and generally incapable of being stored or dispatched when needed. It’s supplementary at best and mostly when not needed. 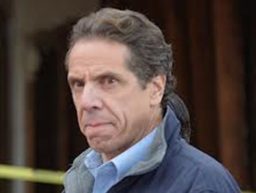 This is, again, the real Andrew Cuomo, a man-child using his immense power in a corrupt way to take New York State down a path of energy doom at great expense while signaling his virtues from the mountaintops. This deal is a nightmare for ratepayers and taxpayers (although it will surely enhance demand for natural gas in the long-term). It is demagoguery on the fast-track but will allow Cuomo to proclaim his greatness while he fleeces everyone. It reveals a certain ideological determination at the same time, a desire to force the renewable religion upon New Yorkers by necessity. Removing Indian Point from the energy equation, preventing fracking and stopping pipelines, he imagines, will give New Yorkers no choice but to rely upon those renewables.

It won’t do that at all, of course. The resistance to solar and wind farms is growing and forcing New York’s already obscenely high electric rates even higher isn’t a recipe for success. It will, in the interim, though, satisfy Andrew Cuomo’s desire to be radical at heart, while also feathering his nest. That’s why he’s earned the title of America’s most deplorable governor.