The American Shale Revolution has brought more than energy independence, it also brought hope and empowerment to women around the world.

Ever since Ashley Judd and Rose McGowan accused Harvey Weinstein of sexual harassment, one powerful man after another has faced differing types of allegations.  Lewis CK, Matt Lauer, Kevin Spacey, Al Franken and many others either lost their careers or had their lives perpetually altered.  Many more are sure to come.

I have no doubt that sexual harassment is as prevalent in the energy industry as anywhere else.  Given the male-dominated historical culture of the industry, how could it be otherwise?  However, one of the industry’s greatest assets is the strength of its women, who are as impressive a group as any I’ve met anywhere. 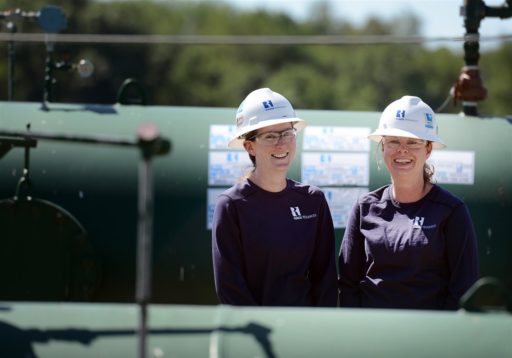 Indeed, women in the energy industry can share credit for one the history’s great achievements.  They have helped improve women’s rights around the world.  Others talk about it, the women in energy do it.  One need only look at the Middle East to see how.

First, a quick history lesson.  We know the Arabian Peninsula now as the Kingdom of Saudi Arabia.  It is the location of the two holiest cities in Islam, Mecca and Medina.  Historically however, the House of Saud did not rule the holy cities.  They were ruled by the Hashemites.  Now, the Hasemites rule only the Kingdom of Jordan.

For centuries, the ancestors of the current King Abdullah of Jordan ruled the Hejaz, as the western part of Arabia is known.  Their rivals, the Saudis, ruled in the center of that great desert, known as the Nejd.

Wahhabi Islam was remarkably hostile to women.  Al-Wahhab agreed to rally his followers behind the Saudis.  In return, the Saudis agreed to spread al-Wahhab’s particular Islamic creed.  Ever since, the Saudis have been the major force driving ultra-conservative, sexist Wahhabi Islam.

In the chaotic aftermath of World War I, the Saudis drove the Hashemites from the Hejaz and seized control of the holy places.  At the time, this meant little to the West.  Who cared about a desert kingdom in the middle of nowhere?  But in the 1930’s immense quantities of oil were discovered under the mountains of sand.

American President Franklin Roosevelt struck a deal with the Saudi ruler, Ibn Saud Abdul Aziz.  The Kingdom provided America with oil to feed our economy.  We provided the Saudis with protection and with dollars to feed their ideology.  Quietly, the Saudis used that immense wealth to establish institutions in the West that promoted their interests and way of life, including the degradation of women. 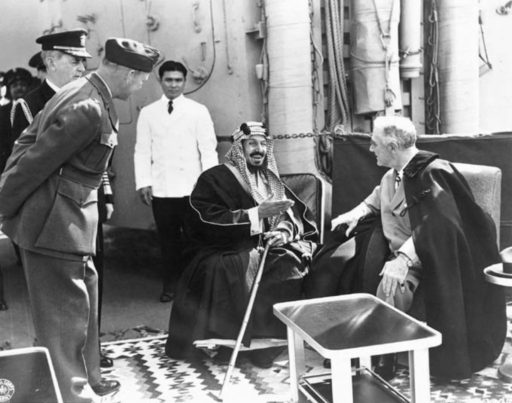 The 1973 Yom Kippur War changed the international equation.  Saudi King Faisal broke ranks with America and turned off the oil spigot.  Instantly, we realized how vulnerable we were to the oil weapon.  Six years later, in 1979, that vulnerability increased when Iran, another Islamic country with immense oil wealth, fell under the rule of conservative clerics led by Ayatollah Khomeini.

Now both major strands of Islam, Sunni (Saudi Arabia) and Shia (Iran) were led by countries whose rulers enforced a strict religious code deeply degrading to women.  They each sought to use their respective oil money to project their power, and their sexist beliefs, outward.

For nearly thirty years, one of the untold stories in this country has been the influence of this ultra-sexist concept of Islam on Western institutions and governments.  Arab oil states, led most prominently by the Saudis, lavished immense gifts on political parties, think tanks, and especially universities in order to promote their way of life.

Ever wonder why the faculty at our universities, so eager to promote feminism and other forms of sexual tolerance, almost never criticize publicly of the human rights record of these particular Islamic countries?   In some of these states, the penalty for homosexuality is death.  Continuing on the same theme, ever wonder why American governments of both parties, often so willing to bash other nations’ human rights records, have been so reluctant to criticize the Saudis?

For decades, our politicians and experts expected that as the economies of Saudi Arabia and the other petro-states expanded and more young people were educated, human rights and women’s rights would increase. They were wrong.  Landmark work by people such as UCLA political scientist Michael L. Ross showed that just the opposite happened.

As the price of oil increased the level of human rights in countries with oil-exporting based economies decreased.  New York Times columnist Thomas Friedman picked up on this in 2009 by naming that inverse correlation “The First Law of Petropolitics.”  Friedman’s solution was for America and the West to achieve energy independence though conservation and a shift to renewable fuels.

That would deprive the petro-states of the money they use to buy off their people and maintain their religious persecution at home and outreach abroad.  While well-meaning, Friedman’s conservation and renewable energy approach ran into the same difficulties, both political and scientific, that bedevil it today.  Needless to say, little was accomplished.

That is, until a group of smaller energy companies, mostly dismissed by the majors, learned how to mix horizontal drilling with hydraulic fracturing.  The frackers surprised everyone, including themselves, with the immense quantities of oil and gas they extracted from shale rock.

In less than a decade, the frackers seized control of the oil and natural gas markets from the greatest debasers of women on the planet.  Thanks to the shale revolution, the Saudis, Iranians and others no longer could use their immense wealth to run their economies, buy off Western institutions and keep down their women at home.

Now, they had to use whatever money they had left to try to maintain their economic status.  Unable even to do that, they now have to consider the unthinkable – actually empowering their own women.

First to go was Bahrain.  It was the first Arab Gulf State to allow women to run for political office and to vote in a free election.  It is no surprise that Bahrain was the first Gulf State to face the prospect of running out of oil.  As the frackers ramped up production and the price of oil and gas crashed, the Saudis and their OPEC allies sought to destroy the shale industry by flooding the market with low-cost oil.

That didn’t work either.  American fracking operations proved quite adept at cutting their own costs.  Despite years of price depression and pain, the industry is still around and vital.

Without control over the oil and gas markets, the Gulf States with larger oil reserves also desperately sought alternatives.  The big prize, of course, remains Saudi Arabia.  Let by recently installed King Salman and his young son, Deputy Prime Minister Prince Mohammed Bin Salman, Saudi Arabia has begun to do what many thought they’d never see, open up their society to the talents of Saudi women.

Earlier this year, the Saudis launched “Vision 2030.”  Splashed across the internet, Vision 2030’s forward contained the remarkable text that “together we will continue building a better country, fulfilling our dream of prosperity and unlocking the talent, potential and dedication of our young men and women.” 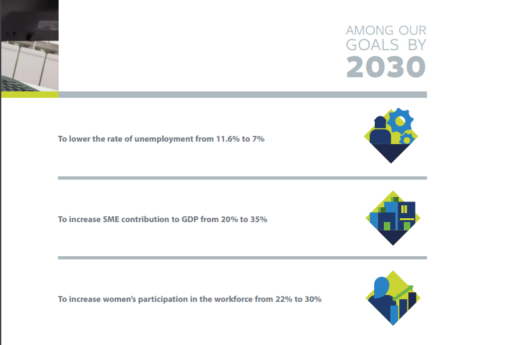 Incredibly, women now are being allowed to drive a car in Saudi Arabia.  Now, it is stated Saudi governmental policy to increase the women’s share of the work force from the current 22% to 30%.  Cinemas began reopening after decades of forced closure.

All of these are baby steps, but none of this happens without the American shale oil and natural gas industry.  By making that industry succeed and cutting off the debasers of women from their economic lifeline, the shale industry has given more hope to women throughout the world, and especially the Arab World, than existed for generations.

Of course, not everyone in this country can accept that success for women may result from something inconsistent with their political or environmental ideology.  Perhaps the stupidest comment came from American biologist and environmental activist Dr. Sandra Steingraber.  During a speech at the University of Pittsburgh in 2015, Dr. Steingraber said that the only jobs available for women in the shale industry were “as hotel maids and prostitutes.”

Obviously, Dr. Steingraber hasn’t met the women in energy.  She also should feel very inferior to them.  Their work in the energy industry has done more for the cause of women’s rights and emancipation throughout the world than the actions of a thousand Sandra Steingrabers.

Thanks to our “hotel maids and prostitutes,” the economic lifeblood of ISIS was reduced to where they were militarily vulnerable.  Not one Yazidi woman was helped by Dr. Steingraber.  Tens of thousands were helped by the women in energy. Not one woman in Saudi Arabia can thank Dr. Steingraber for being able to get a driver’s license, get a job and dream of a better future.  All can thank the women in energy.

In our country, not one woman can thank Dr. Steingraber for reducing the influence of the Saudi-funded institutions that served as propaganda oracles and pressure vehicles excusing the Wahhabi treatment of women.  All can thank the women of energy.

Stand tall my domestics and whores.  You are empowering your gender.  Let the others debate endlessly their intellectual dilemma with changing the world for women through fossil fuels.  You keep helping these women in places where for centuries there was no hope.

As we ring in the New Year, we can celebrate a world in which women are refusing to stay silent in the face of sexual harassment.  It also is a world where women in historically intolerant societies are now swinging the doors open that have kept them down for so long.  Keep pushing those doors open – one horizontal drilling site at a time.