Nick Deluliis is on a truth-telling mission all too uncommon in corporate America today as he articulates the miracle that is the American shale revolution.

There is literally no one in the American shale industry who has spoken more bluntly, more factually and more consistently on behalf the miracle that is the American shale revolution than Nick Deluliis. He has been courageous in confronting the green political correctness of the gentry class elites because of his working class roots. He’s never forgot them and he has, yet again, thrown a big bowl of the truth on the dinner table for those corporate followers and politicians (e.g. Joe Biden) who pretend to be leaders to dip from if they dare. 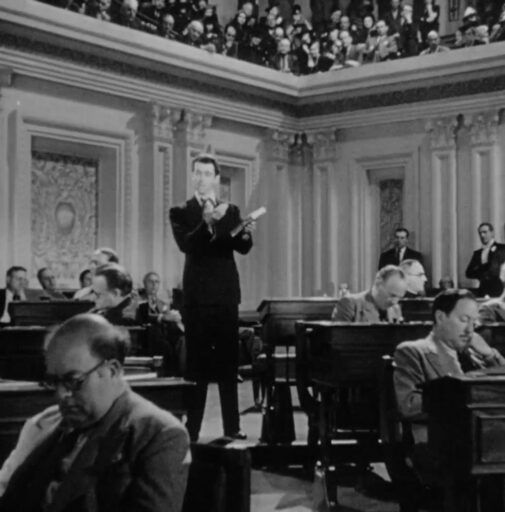 Nick DeIuliis may not be Jimmy Stewart or Senator Jefferson Smith but he is speaking truth to power just like him.

The article is titled “Biden embraces climate radicalism” and he lays it on the line, boldly explaining that, if ‘Lunchbucket’ Joe Biden ever really had affinity for the working class, it has long dissipated because he’s now lined up right behind AOC and the other Marxist extremists pushing the the ‘Green New Deal’ lie. Here are a few poignant points made by Nick Deluliis:

The benefits realized from American shale natural gas extend far beyond our shores. The planet will drastically decarbonize as it shifts to this clean-burning fuel that has only a fraction of the environmental footprint of inefficient renewables. The poor in Africa, Asia, and Latin America will gain access to affordable and reliable electricity much sooner, which will increase life expectancy, lower infant mortality, and boost individual rights of historically oppressed demographics.

Just like video killed the radio star, American shale killed OPEC. No more war without end in the Middle East. Better yet, the U.S. shift from net energy importer to exporter provides a strategic lever to reward our allies and protect against our enemies; energy is the ultimate projection of geopolitical “soft power.”

The full article is a must read as Deluliis articulates the “epic success” and notes that extremists such as AOC aren’t interested in problem but, rather destruction. They, in fact, the success of the American shale revolution, which was “achieved despite government, not because of it.”

He also calls out the gentry class elites (e.g., the Rockefeller, Heinz, Haas, Simons families) who want a “government-imposed, taxpayer-subsidy-seeking, and collectivist” economy they can manipulate for their personal benefit and aggrandizement. That is precisely what we’ve been saying for years here at NaturalGasNOW and God Bless Nick Deluliis for laying out publicly to an audience we could never reach!