The Allegheny Defense Project is a front for elites who want to make wildernesses out of our rural areas. It is but a tool for green astroturf politics.

I recently read a wonderful book referred to me by a reader. It’s “The Agony of an American Wilderness” by Samual A. MacDonald. MacDonald is a resident of Northwest Pennsylvania and tells the story of a battle over timbering in the Allegheny National Forest, some 517,000 acres of land that is also used for recreation and that happens to include a lot of still privately held oil and gas rights.

MacDonald wrote his book in 2005 just before the shale revolution but Northwest Pennsylvania is, of course, where the oil industry started. Both it and timber have always been economically crucial to the folks who have to make a living there. And, the Allegheny Defense Project on which the author much focused has opposed both, but that’s not the heart of the story. It is really more about elite special interests, the folks manipulated in the process and the green astroturf politics that have driven everyone apart.

MacDonald gives the reader a picture of the Allegheny Defense Project that is anything but flattering. Still, it’s not overly harsh and it’s anything but unfair. Indeed, he captures the very essence of the war over natural resources with some remarkable insights, but more on that in a moment. 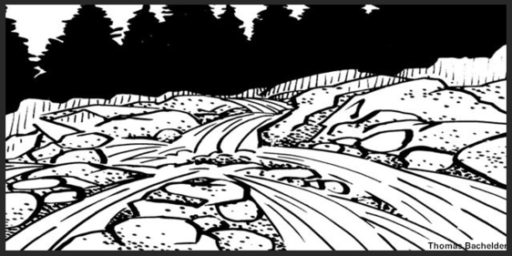 The Allegheny Defense Project logo; rocks, streams and trees and not a human in the picture.

First, let’s talk a look at the Allegheny Defense Project today. It involves many of the same people MacDonald profiled with his book. Some things have changed. Others have not. The latter include the fact the group is still what it was then; a rag-tag group of true-believers, trust-funders, NIMBYs and other easy to exploit shills unknowingly doing the bidding of faceless elites.

One only has to visit the Project’s Facebook page to see what’s going on today. A December 7th post relates the following in regard to a recent decision by the full D.C.Circuit Court of Appeals to rehear a panel decision to reject Allegheny Defense Project’s appeal of the Atlantic Sunrise pipeline decision by FERC (emphasis added).

Hopefully, this is a good sign that the DC Circuit is going to overturn its terrible precedent that has allowed FERC to unlawfully delay responding to objections to pipeline approvals until after the pipeline is constructed and in operation. It’s taken way too long to get to this point. Allegheny Defense Project and other organizations and citizens have been making this argument since at least 2012. In that time, thousands of miles of pipeline have been constructed in Pennsylvania, Ohio, Virginia, and surrounding states to facilitate more fracking, which is just exacerbating the climate crisis.

The whole thing is academic and moot as the pipeline has been up and running for some time. It’s also located nowhere near the Allegheny Plateau that the group claims is its cause, but the Allegheny Defense Project says it has been making its argument since 2012. Really? No. It is listed as the lead plaintiff in the legal filings, but that’s only because it’s first alphabetically among a list of them. The others include Lancaster Against Pipelines, Lebanon Pipeline Awareness, Concerned Citizens of Lebanon County, a group called Heartwood, the Clean Air Council and the Sierra Club.

This is a tactic of elite special interests focused on stopping any and all natural resource development; putting Potemkin front groups out there to make it appear there is large-scale grass-roots opposition, when, in fact, it’s all green astro-turf purchased by the folks with the money. The Allegheny Defense Project has never had any money for lawsuits that wasn’t given to it by the Heinz Endowments. The Project has even’t filed a 990 return, in fact, for a decade now. It has nothing, but Heinz has given repeatedly to its supposed cause by funneling money through the University of Pittsburgh’s Environmental Law Clinic, which has represented it in lawsuits.

So, what has Heinz wanted for its money? We’re told the Clinic works “in the areas of air quality, water quality, oil and gas production, and environmental regulations,” which, of course, is the tipoff that it’s an activist group of lawyers in training doing tax-exempt green political advocacy but masquerading as an educational charity. It’s a bit like asking your church to do a prayer rally for the success of your business.

The good folks of the Allegheny Plateau didn’t take kindly to Heinz’s support of a Environmental Law Clinic that was suing to stop timbering in the Allegheny National Forest and deprive Northwest Pennsylvania residents of their economic livelihood. As MacDonald relates, that caused the Clinic to scramble for “insulation from legislative retribution” after elected representatives rightly cried foul, and Heinz uttered phony soothing words about never intending harm and having no real control. Then they gave the Clinic another $280,000 in 2009 and $225,000 in 2011.

Still, Heinz must have recognized there was something a little seedy about funding the Environmental Law Clinic through the University to fight Northwest Pennsylvania economic prosperity. It has never wavered from fighting the prosperity, of course. After all, that’s what wealthy trust-funders “haves” do to keep the “have-nots” in their place and make wildernesses for their own enjoyment. So, they took another route. They funded a non-profit law group called Appalachian Mountain Advocates out of Lewisburg, West Virginia to represent the virtually non-existent Allegheny Defense Project (a handful of members, no money and a completely out-of-date website) and take on oil and gas. They issued the following three grants to them:

That’s $245,000 of pro bono help for an ephemeral front group that represents virtually no one on the Allegheny Plateau outside their own few members. The Allegheny Defense Project is just an elitist tool; diversionary device intended to distract from what’s really going on, which is major onslaught against natural resources development. It’s one of many tools, including the propaganda web StateImpactPA, the co-plaintiff Clean Air Council, PennFuture and the junk science Southwestern Pennsylvania Environmental Health Project outfit, among others.

But, why? That’s a question most regular readers will be able to answer, at least in part. Let me lay out it out again, though, for those who may be new to NaturalGasNOW.

First, it’s critical to appreciate the position of the trust-funder. Forget the true believers and the NIMBYs; they typically secure only such influence as they deserve, ranging from none to modest, depending on the seriousness of the matter. It is only when the trust-funders enable them with financing, lawyers and the like that they become impossible to deal with democratically and rationally. The trust-funders, the folks who run the Heinz Endowments for example, are the problem. Understanding them is key.

Imagine your father has launched an industrial revolution and built an empire, employing thousands of people and delivering the comforts of modern life to millions, all while donating to charity and spreading wealth. You are his spoiled child and you’ve been educated at the finest institutions, isolated from the reality of how your father built his fortune but told by others, envious of his success and not a little skeptical of his methods.

You live off what you suspect is undeserved wealth, having not the depth of either intelligence or personality to accomplish what he did. You know others also lacking in those abilities resent him and you as well. You must prove yourself worthy of your position in life and so you identify with them. You become the anti version of your father but, like most of us, you aren’t willing to pull a St. Francis and give it all away. You enjoy much your life, after all, and have been told you’re special throughout it. So, you find a way to rebel using the wealth you inherited. You use it to attack not him but, rather, what he created and focus on the aesthetics of being elite, rather than the business that made you elite. 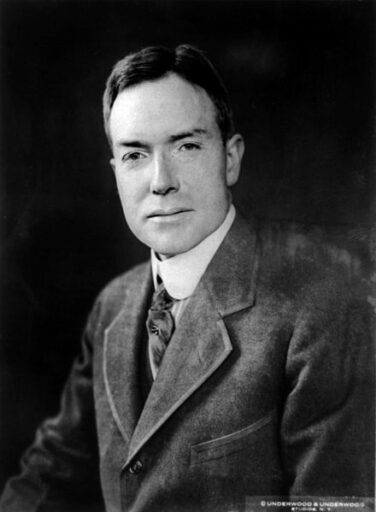 Such is largely the story of John D. Rockefeller, Jr., who rejected his father’s business career (an early part of which ironically took place in Oil City, Pennsylvania) in favor of simply giving away some of the old man’s money. That part is well-known and Junior did many good things with the dough. But he also launched the family into a legacy of trying to control everything they touched, not unlike Senior. And, as Daniel Yergin relates, he made friends with Ida Tarbell, his father’s famous attacker, even asking her to review sections of a book he planned to write on his father and subsequently decided to abandon.

Rockefeller, Jr. was the prototype trust-funder, in fact, and while Heinz descendants aren’t quite in the same league, they go about things in the same manner. They operate from a sense of guilt over what they perceive as undeserved wealth, but aren’t about to give it up either, except to advance their own special interests and address their own insecurities.

They reject the business of getting their hands dirty employing people, making things and generating wealth. They prefer to be above it all. Looking out for blue collar interests isn’t on the agenda. They seek the aesthetics of being philanthropists who exercise influence by spending money. The influence they most desire is with peers who want more wildernesses to hike and a way to claim credit for “protecting” them.

This is why the Heinz Endowments pays for Allegheny Defense Project attorneys fighting to halt every form of natural gas development. It’s not complicated. The Project is nothing more than a phony front for such childish behavior on the part of spoiled elites. They’re but green astroturf.

1 thought on “The Green Astroturf Politics of Elites: The Allegheny Defense Project”