Energy Builders, the folks who deliver heat to our thermostats, tell the story of CO2 emissions, three countries and one making all the difference.

Most people believe that our climate is changing, and that greenhouse gasses such as carbon dioxide (CO2) emitted from burning fossil fuels are contributing to the change. Within hours, greenhouse gasses emitted from any country become part of our global atmosphere. So, fighting climate change means all countries must reduce CO2emissions. The US is leading the world in reducing CO2emissions.

Electricity generation is the largest single source of CO2 emissions globally. When used to generate electricity, natural gas emits 60% less CO2 than coal. In the US, emissions are declining because natural gas has replaced coal as the biggest source of energy for electricity production, and its share keeps growing. This is a result of two recent developments: our greatly increased production of natural gas from hydraulic fracturing, and the new pipelines we have built to deliver it to electric generating plants.

On the other hand, China and India today are the world’s greatest emitters. If current trends continue, by 2030 these two countries together will account for 42% of global CO2 emissions and rising, compared to 12% from the US and falling. This is because they are burning more and more coal for electricity generation. Their growing and increasingly wealthy populations need energy, and they have lots of coal but very limited access to natural gas and no ability to add nearly enough renewables to make a difference.

Since 2000, China has built 70% of the world’s new coal-fired electric generating capacity, and is now home to fully half of the world’s coal plant fleet. Adding to this, China today has as much new coal generating capacity under construction as the entire capacity now in operation in the United States. And, the US has no new coal-fired plants planned or under construction.

China’s coal power plants today emit four times more CO2 into the atmosphere as those in the US. Over their service lives, China’s coal plants will release sixteen times more CO2 into earth’s atmosphere than those in the United States. Meanwhile, because of plant retirements US coal generating capacity has fallen by 33% since 2010 and is slated to fall another 25% by 2025.

As for climate change, according to the International Energy Agency, for the world to have a 50% chance of limiting global warming to 1.75° (C), China would have to shut down ALL of its coal plants over the next 25 years, including the ones now under construction. But they have announced no such plans or intentions. With limited access to natural gas, they continue to build coal plants at a rapid rate to provide power to their growing population and economy.

US natural gas is ready, willing and able to come to the rescue, though. Exporting our natural gas to China and other coal-burning Asian countries will help them make the same great progress we are making here in the US. We can produce more than enough natural gas to do so. One of the biggest things stopping us is lack of pipelines to get our gas from our prolific shale formations to our export terminals. 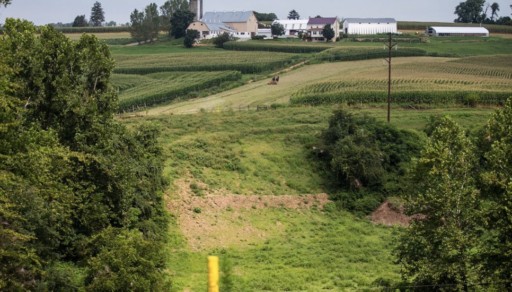 Ironically, those who campaign to stop pipelines, thinking they are helping to alleviate climate change, are actually standing in the way of more real progress.

Energy Builders is a program of the Energy Equipment and Infrastructure Alliance.

3 thoughts on “A Tale of Three Countries, CO2 Emissions and the Cure”