Fractivists and their funders are the same, literally the same, wherever you go it seems and there aren’t that many of them as this case study of New Brunswick indicates.

One thing you notice quickly about the fractivists, once you get to know them, is how few they are in number. It’s the same people who show up everywhere, the same people behind everything and the same funders. This was brought home to me recently, when I came across a group known as the New Brunswick Anti-Shale Gas Alliance, an organization heavily involved in fighting natural gas development in Canada.

The New Brunswick Anti-Shale Gas Alliance is allied with another group called the Council of Canadians and several Canadian unions for purposes of conducting a “Voice of the People” provincial tour supposedly intended to “provide public education about shale gas, clean jobs, and clean energy.”  It is a propaganda campaign aimed at frustrating New Brunswick’s decision to move ahead with exploratory shale gas development in cooperation with SWN Resources Canada (a Southwestern Energy subsidiary) and Corridor Resources. 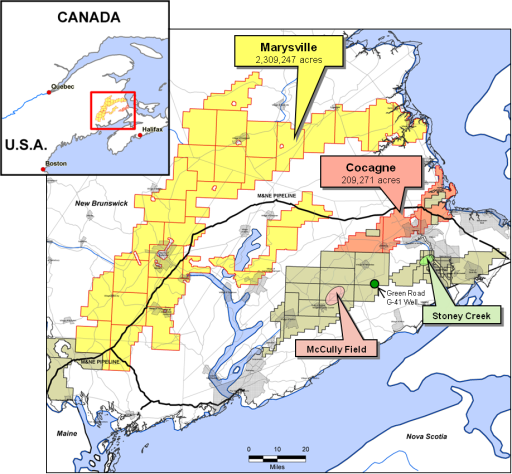 The Council of Canadians is headed by Maude Barlow who serves as its National Chairperson and chairs the board of Food and Water Watch here in the US, which, in addition to be one of the most mercenary of all fractivist groups, is also one of the most cynical and shallow. The Council likes to crow about the fact it receives no money from governments or corporations, but that doesn’t mean it doesn’t take special interest money. It takes money from the Park Foundation, in fact, the sugar-daddy funder of nearly all fractivist initiatives.

The Park Foundation has given $915,000 over the last four years to support the work of Maude Barlow in form of these grants:

Notice the fractivist agenda is a seamless one that does not respect borders. Also, notice the interwoven roles of the Park Foundation and Food & Water Watch. The Council of Canadians is also supported by the Rockefeller Brothers Fund, which is up to its ears in funding opposition to Canadian oil and gas development (also see here and here). Between the Park and Rockefeller families plus a few others, of course, virtually every anti-fracking activity in the US gets a boost and, as far as they’re concerned, that includes everything bordering on the Great Lakes, from New York to Michigan to Canada despite it being someone else’s country.

The New Brunswick Anti-Shale Gas Alliance is likewise influenced by US fractivists, albeit of the expatriate sort. One of the key people on the “Voice of the People” tour is a fellow named Jim Emberger, who lives in Taymouth, NB and says he’s hoping to become a Canadian citizen. In the meantime, he’s acting like every other transplant fractivist; telling his hosts how they ought to believe and live based on the values he brought from elsewhere. Here’s Emberger doing his schtick at a public meeting in Norton, NB:

This, of course, could just as easily be Craig Stevens, the well-known fractivist from California who now lives in Pennsylvania and goes to New York and everywhere else always claiming to be 6th generation from somewhere. Emberger is from Baltimore and now speaks like he’s an old-time Canadian.  You could put Stephens and Emberger side by side, close your eyes, listen and not be able to tell them apart, although, if you peeked, you’d see one is bald and the other has a shock of white hair. It’s hardly surprising, given that Craig Stevens is closely associated with Food & Water Watch these days, just like Emberger (through the Council of Canadians).

Both disperse half-facts, distortions and long ago debunked “evidence” at rapid fire rates. Emberger, for example, at about 2:20 in the video, quotes a Colorado air study that later proved to be junk science, suggesting people within a half-mile of a producing gas wells had a 66% greater chance of getting cancer. The truth is this: even after incorrectly assuming “emissions were more than 10 times higher than real-world conditions, and treating exhaust fumes from Interstate 70 as if they came from gas wells, the authors of the paper admit they could not show a clear correlation between proximity to those gas wells and higher health risks.”

Emberger is also a perennial protestor. He’s involved in fighting a mine in New Brunswick, for instance, using many of the same arguments as he foists on the fracking debate (e.g., no meaningful jobs, temporary benefits, environmental catastrophic risks, etc.). He describes his qualifications as an expert as follows:

I am a Permanent Resident in New Brunswick who hopes to be a citizen in the near future. I live in Taymouth, an area that lies within the range of effects from Sisson Brook. Before coming here from the United States I was Executive Director of BioTrek Naturalists, Inc., an environmental education non-profit, and served on the board of Woodberry Land Trust, Inc., a land conservation organization. I have a Certificate in Environmental Studies from Johns Hopkins University School of Continuing Education. While I am not a scientist, I have a working background in ecology, and have been involved in the evaluation of other development projects. Thanks for your consideration of my comments.

It turns out that last job Emberger had with BioTrek Naturalists, Inc. before leaving the US for New Brunswick, was a volunteer position with an organization that last filed a 990 return with our Internal Revenue Service in 1997, when it took in less than $19,000. Guidestar says “This organization’s [non-profit] exempt status was automatically revoked by the IRS for failure to file a Form 990, 990-EZ, 990-N, or 990-PF for 3 consecutive years. Further investigation and due diligence are warranted.” So, it appears that position was somewhat less than what Emberger would have it. He also used his volunteer position with the Woodberry Land Trust to oppose the use of former landfill property for this new stadium at Loyola University. 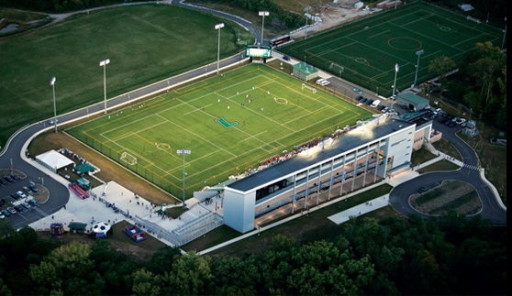 There’s nothing surprising in any of this, of course. Fractivists always tend to be serial protestors in hot pursuit of their latest cause. They are also the sort of people typically employed as “useful idiots” by wealthy special interests who want to stay in the background, illustrating the fractivist politics in Canada are not that much different than here. It’s the same people funded by the same special interests, using the same inane arguments and talking points. Fortunately, the government of New Brunswick seems to be in saner hands. I’ll let our Canadian friends decide that for themselves but, a word of caution; we’re not taking Emberger back.

44 thoughts on “A Country Away, It’s Same Fractivists, Same Funders”