Dan Markind looks back at the severance tax debate and ahead to elections, LNG exports, a recovering economy and an extraordinary 2018 for Pennsylvania.

Last Monday, Governor Tom Wolf signed off on a funding plan for the 2018 Pennsylvania State Budget.  It does not contain a shale extraction tax.  Thus, the answer to the question of whether or not there will be a mineral extraction tax in Pennsylvania is no.

Recognizing the volatility of the situation and the political implications, House Majority Leader Dave Reed stated that at some time during this next legislative year he would schedule a stand-alone vote for the mineral extraction tax.  This tax had been approved by the Governor, the  Republican-controlled Senate, and a Republican-dominated committee of the House but was blocked for a full floor vote by the House leadership. Majority Leader Reed did not specify exactly when that vote would take place. 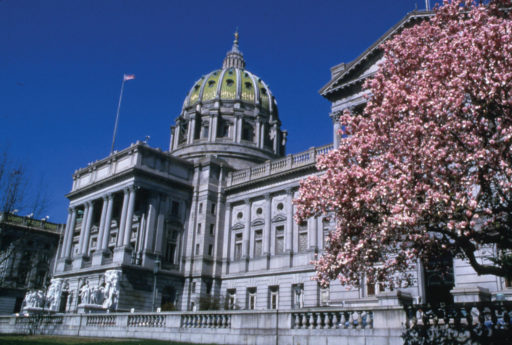 These maneuvers mean that the Republicans realize the Governor and the Democrats are going to pound them continually about the lack of an extraction tax during the entire 2018 political campaign.  If the heat gets too severe, Representative Reed will call a floor vote on the extraction tax.  Stay tuned.

The funding plan itself is a complete mess.  To fill the $2.2B budget hole, the Legislature resorted heavily on one-time fixes, raiding other funds, borrowing against future tobacco settlement money and authorizing an explosion of gambling in almost all places except bars and restaurants.  The final product won no applause from Wall Street as it just kicked the can own the road a year – right into an election year.  Of course, to really fix the budget the Democrats would have to engage on issues like pension reform, which is one of their sacred cows.

The only thing we know is that there is no chance of a credit upgrade from the ratings agencies, yet still a possibility of future downgrades.  That means higher borrowing costs passed along to all Pennsylvanians, resulting in more calls for new revenue sources.  One way or another, the shale extraction tax will be an integral part of the 2018 election cycle.

2018 is shaping up as an extraordinary year in all facets.  In Pennsylvania, both Governor Wolf and Senator Casey are up for re-election.  Despite the comical foolishness in Washington, the national economy actually is headed toward 4% growth, something the Obama Administration never came close to accomplishing.  FERC is now fully reconstituted with five members, and long-delayed pipelines are beginning to be built.

The international situation remains so chaotic that only a fool would predict a stable oil and gas market.  Just yesterday Yemen filed a missile at Saudi Arabia.

All signs therefore would be encouraging then for shale in Pennsylvania, with one major caveat.  Relations between the industry and the Wolf Administration are non-existent.  For example, the DEP has gone back to Court seeking to implement their Chapter 78a regulations which have been stayed since October 2016.

It’s hard to imagine anyone from the Administration cutting the industry any breaks during the coming electoral season.  If the Governor gets re-elected, there is no obvious political reason for him to work with the industry.  Of course, economic reality has a way of influencing political calculations, but a Wolf victory probably means four years in the deep political wilderness for shale in Pennsylvania.

As a purely academic exercise then the budgetary negotiations will make a fascinating business school case study.  Was it worth it for the industry to go all the way to beat back the extraction tax in FY 2018 considering the other costs to the industry down the road?  Clearly, the industry thought yes.  I argued no.  Congratulations to the industry for prevailing in this budgetary fight.  I was wrong about the final outcome.  Time will tell whether or not this victory is a pyrrhic one.

Turning to good industry news, a three judge panel for the DC Circuit Court of Appeals rejected a challenge by the Sierra Club to the approval of LNG export terminals by the Department of Energy.  The Court ruled that the DOE had met its obligations to adequately assess greenhouse gas emissions from upstream production induced by the projects.  The case dealt with Cove Point LNG in Maryland, Sabine Pass LNG in Louisiana and Corpus Christi LNG in Texas. 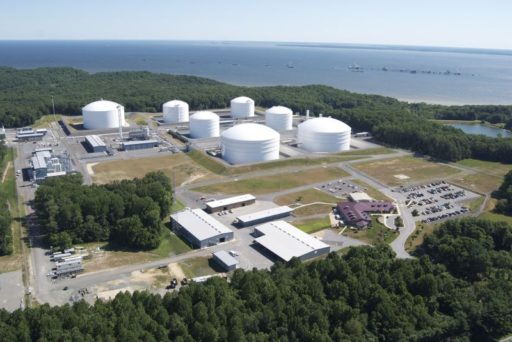 More good news came from the EPA, which reported that methane emissions from production in the Four Corners Region in the Southwest have been cut nearly in half since 2011.  This area has been a constant source of controversy over a “hot spot” which appears there.  Environmental groups charged that this was due to BLM rules concerning flaring and venting on federal lands.  The industry maintains this mostly is a natural occurrence.

Finally, there’s California, where gas taxes just rose another 12 cents per gallon to raise more money for fixing roads.  Even zero emission cars will be taxed,  They will have to pay $100/year beginning in 2020.

It’s easy to rank on California, but all states will face the same problem as our national infrastructure crumbles.  Until someone comes up with a better way to fund road and infrastructure repair, we’d all better temper our snarky remarks.